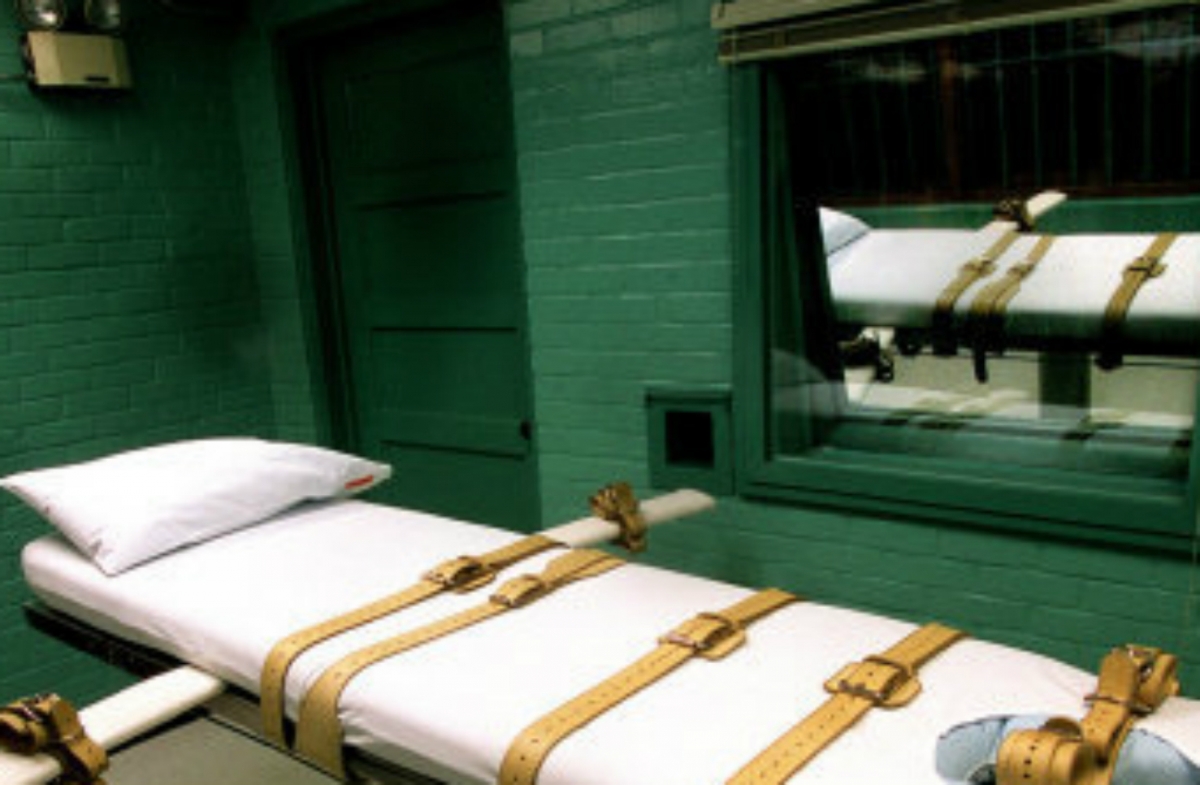 The US federal government is to resume executing death row inmates for the first time since 2003, ending an informal moratorium even as the nation sees a broad shift away from capital punishment.

Attorney General William Barr instructed the Bureau of Prisons to schedule executions starting in December for five men, all accused of murdering children. Although the death penalty remains legal in 30 states, executions on the federal level are rare.

“The Justice Department upholds the rule of law — and we owe it to the victims and their families to carry forward the sentence imposed by our justice system,” Mr Barr said.

The move is likely to stir up fresh interest in an issue that has largely lain dormant in recent years, adding a new front to the culture battles that President Donald Trump is already waging on matters such as abortion and immigration in the lead-up to the 2020 elections.

Most Democrats oppose capital punishment. Vice President Joe Biden this week shifted to call for the elimination of the federal death penalty after years of supporting it.

By contrast, Mr Trump has spoken often – and sometimes wistfully – about capital punishment and his belief that executions serve as both an effective deterrent and appropriate punishment for some crimes, including mass shootings and the killings of police officers.

“I think they should very much bring the death penalty into vogue,” he said last year after 11 people were gunned down in a Pittsburgh synagogue.

He has suggested repeatedly that the US might be better off if it adopted harsh drug laws like those embraced by Philippines President Rodrigo Duterte, under whom thousands of drug suspects have been killed by police.

Mr Trump was a vocal proponent of the death penalty for decades before taking office, most notably in 1989 when he took out full-page advertisements in New York City newspapers urging elected officials to “BRING BACK THE DEATH PENALTY” following the rape of a jogger in Central Park.

“If the punishment is strong,” he wrote then, “the attacks on innocent people will stop.”

Five Harlem teenagers were convicted in the Central Park case but had their convictions quashed years later after another man confessed to the rape.

More than a decade after their exoneration, the city agreed to pay the so-called Central Park Five 41 million US dollars, a settlement Mr Trump blasted as “outrageous”.

The death penalty remains legal in 30 states, but only a handful regularly conduct executions. Texas has executed 108 prisoners since 2010, far more than any other state.

Executions on the federal level have long been rare. The government has put to death only three defendants since restoring the federal death penalty in 1988, the most recent of which occurred in 2003, when Louis Jones was executed for the 1995 kidnapping, rape and murder of a young female soldier.

That review has been completed, Mr Barr said on Thursday, and it has cleared the way for executions to resume.

The Attorney General approved a new procedure for lethal injections which replaces the three-drug cocktail previously used in federal execution with a single drug, pentobarbital. This is similar to the procedure used in several states, including Georgia, Missouri and Texas.

Though there has not been a federal execution since 2003, the Justice Department has continued to approve death penalty prosecutions and federal courts have sentenced defendants to death.

Robert Dunham, executive director of the non profit-making Death Penalty Information Centre, said he was concerned that the process for resuming executions had been rushed.

“The federal government hasn’t carried out any executions in 15 years and so that raises serious questions about the ability to carry out the executions properly,” he said.

There are 61 people on the federal death row, according to Death Row USA, a quarterly report of the NAACP Legal Defence and Educational Fund.

Some of the highest-profile inmates on federal death row include Dylann Roof, who killed nine black church members during a Bible study session in 2015 at a South Carolina church, and Dzhokhar Tsarnaev, who set off bombs near the Boston Marathon’s finish line in 2013, killing three people and wounding more than 260.

About six in 10 Americans favour the death penalty, according to the General Social Survey, a major trends survey conducted by NORC at the University of Chicago.

While a majority continue to express support for the death penalty, the share has declined steadily since the 1990s, when nearly three-quarters were in favour.

The inmates who will be executed are Danny Lee, who was convicted of killing a family of three, including an eight-year-old; Lezmond Mitchell, who beheaded a 63-year-old woman and her nine-year-old granddaughter; Wesley Ira Purkey, who raped and murdered a 16-year-old girl and killed an 80-year-old woman; Alfred Bourgeois, who tortured, molested and then beat his two-and-a-half-year-old daughter to death; and Dustin Lee Honken, who killed five people, including two children.

The federal government would join eight states that have executed inmates or are planning to do so this year, according to the Death Penalty Information Centre.

Texas is far and away the leading state when it comes to using the death penalty, with 563 executions since capital punishment resumed in the US in 1977 after a 10-year pause.

In the past 20 years, the Supreme Court has banned the execution of people who are intellectually disabled or were under 18 when they killed someone.

But even as the number of people who are sentenced to death and are executed has declined steadily for two decades, the justices have resisted any wholesale reconsideration of the constitutionality of capital punishment.