As this story broke an 11-year-old girl who became pregnant after she was raped has finally received a legal abortion after being blocked for weeks by a judge in Brazil. 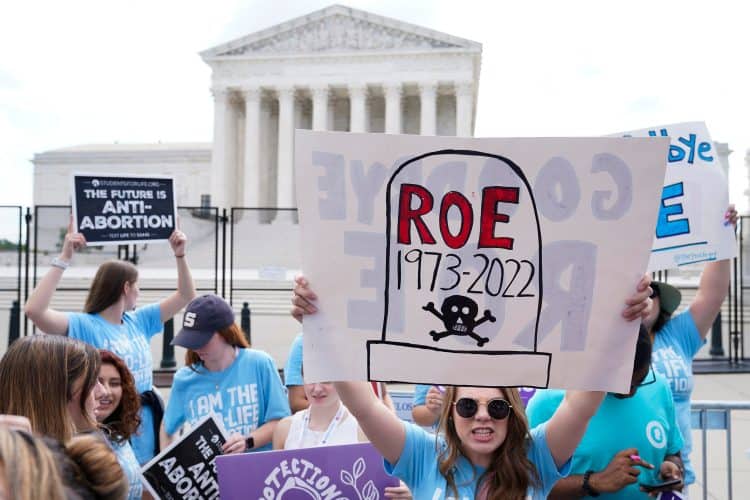 The Supreme Court has ended constitutional protections for abortion that have been in place for nearly 50 years in a decision by its conservative majority to overturn Roe v Wade.

The Court also struck down a New York firearms law in a major ruling on gun rights.

The abortion ruling is expected to lead to bans in roughly half of US states.

The decision was the culmination of decades of efforts by abortion opponents, made possible by an emboldened right side of the court that has been fortified by three appointees of former president Donald Trump.

The ruling is expected to disproportionately affect minority women who already face limited access to healthcare, according to statistics analysed by The Associated Press.

Thirteen states, mainly in the South and Midwest, already have laws on the books that ban abortion in the event Roe is overturned. Another half-dozen states have near-total bans or prohibitions after six weeks of pregnancy, before many women know they are pregnant.

The usual suspects were over the moon about it:

As this story broke an 11-year-old girl who became pregnant after she was raped has finally received a legal abortion after being blocked for weeks by a judge in Brazil.

The child, who was 10 when she was raped, was in her 29th week (month seven) when the abortion was finally performed on Wednesday night, amid outrage against judge Joana Ribeiro Zimmer for her actions in the case.

Brazil’s judicial watchdog agency said it would investigate Ms Zimmer for asking the child at a filmed hearing on May 9 whether she understood how pregnancies happen and suggesting the girl should “hold on a little more” to save the foetus.

The girl repeatedly said she did not want to give birth.

The justices’ 6-3 decision is expected to allow more people to legally carry guns on the streets of the nation’s largest cities — including New York, Los Angeles and Boston — and elsewhere.

About a quarter of the US population live in states expected to be affected by the ruling, the high court’s first major gun decision in more than a decade.

The ruling comes as Congress is working on gun legislation following recent mass shootings in Texas, New York and California.

Justice Clarence Thomas wrote for the majority that the constitution protects “an individual’s right to carry a handgun for self-defence outside the home”.

President Joe Biden said he was “deeply disappointed” by the court’s decision.

In a statement, the president said the ruling “contradicts both common sense and the constitution, and should deeply trouble us all”.

He added that after mass shootings across the US, the country should be doing more, not less, to rein in firearm availability.

He urged states to “enact and enforce common-sense laws to make their citizens and communities safer from gun violence”.

“I call on Americans across the country to make their voices heard on gun safety. Lives are on the line,” he added.