UK Foreign Office minister, James Cleverly, said British arms sales licences were issued with great care to ensure they did not lead to any breach of humanitarian law. 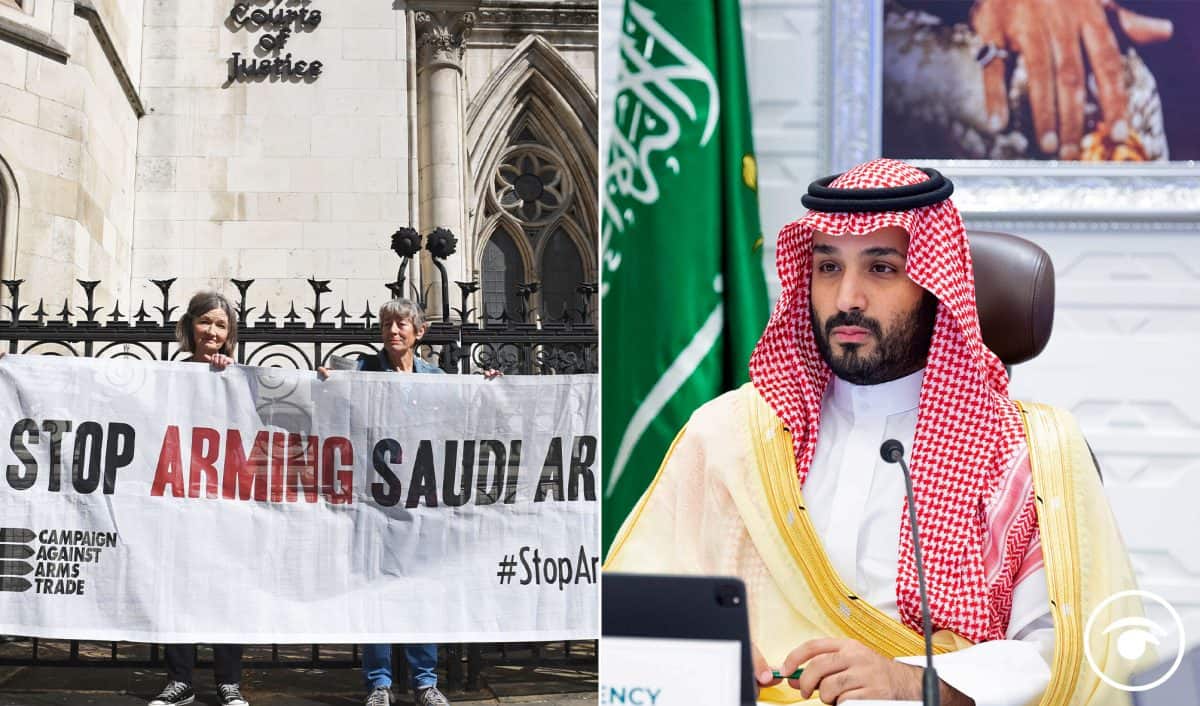 Saudi Arabia’s crown prince likely approved the killing of US-based journalist Jamal Khashoggi inside the Saudi consulate in Istanbul, according to a declassified US intelligence report.

It comes as British ministers recently refused to join the US in suspending arms sales to Saudi Arabia for offensive use in war-torn Yemen, saying the UK makes its own decisions about selling weapons.Saudi Arabia represented 40% of the volume of UK arms exports between 2010 and 2019.

The US president, Joe Biden has suspended sales.

UK Foreign Office minister, James Cleverly, said he had noted the US review, but said British arms sales licences were issued with great care to ensure they did not lead to any breach of humanitarian law.

He added: “The decisions the US takes on matters of arms sales are decisions for the US. The UK takes its own arms export responsibilities very seriously, and we continue to assess all arms export licences in accordance with strict licensing criteria.”

The US document over the Khashoggi case instantly ratcheted up pressure on the US administration to hold the kingdom to account over a murder that caused outrage across the world.

The intelligence findings had long been known to many US officials and, even as they remained classified, had been reported with varying degrees of precision.

However, the public rebuke of Crown Prince Mohammed bin Salman is still a touchstone in US-Saudi relations.

It leaves no doubt that as the prince continues in his powerful role and is likely to ascend to the throne, he will forever be associated with the brutal killing of a journalist who promoted democracy and human rights.

Yet even as Joe Biden’s administration released the findings, it appears determined to preserve the Saudi relationship by avoiding direct punishment of the prince himself, despite demands for significant and targeted sanctions from some Democrats in US congress as well as Mr Khashoggi’s allies.

When questioned by reporters, US secretary of state Antony Blinken defended the US approach.

He said: “What we’ve done by the actions we’ve taken is not to rupture the relationship, but to recalibrate it to be more in line with our interests and our values.

“I think that we have to understand as well that this is bigger than any one person.”

The conclusion that the prince approved an operation to kill or capture Mr Khashoggi was based on his decision-making role inside the kingdom, the involvement of a key adviser and members of his protective detail, and his past support for violently silencing dissidents abroad, according to the report from the Office of the Director of National Intelligence.

Though intelligence officials stopped short of saying the prince ordered the killing in October 2018, the four-page document described him as having “absolute control” over the kingdom’s intelligence organisations and said it would have been highly unlikely for an operation such as the killing to have been carried out without his approval.

Saudi Arabia’s foreign ministry responded by saying the kingdom “categorically rejects the offensive and incorrect assessment in the report pertaining to the kingdom’s leadership”.

Shortly after the findings were released, the US state department announced a new policy, called the “Khashoggi Ban”, that will allow the US to deny visas to people who harm, threaten or spy on journalists on behalf of a foreign government.

It also said it would impose visa restrictions on 76 Saudi individuals who have engaged or threatened dissidents overseas.

The state department declined to comment on who would be affected, citing the confidentiality of visa records. But a person familiar with the matter said the prince was not targeted by these measures.

The US treasury department also announced sanctions against a former Saudi intelligence official, Ahmad Hassan Mohammed al Asiri, who US officials say was the operation’s ringleader.

Democrats in congress praised the administration for releasing the report after the Trump administration had refused to do so, but urged it to take more aggressive actions, including against the prince.

Adam Schiff, chair of the House Intelligence Committee, urged Mr Biden’s administration to consider punishing the prince, who he says has the blood of an American journalist on his hands.

“The president should not meet with the crown prince, or talk with him, and the administration should consider sanctions on assets in the Saudi Public Investment Fund he controls that have any link to the crime,” Mr Schiff said in a statement.

Human rights activists said the lack of any punitive measures would signal impunity for the prince and other autocrats.

Without sanctions, “it’s a joke”, said Tawwakol Karman, a Nobel Peace Price winner from neighbouring Yemen, and a friend of Mr Khashoggi’s.

While Mr Biden had pledged as a presidential candidate to make Saudi Arabia a “pariah” over the killing, he appeared to take a milder tone during a call on Thursday with Saudi Arabia’s King Salman.

A White House summary of the conversation made no mention of the killing and said instead that the men had discussed the countries’ long-standing partnership.

The kingdom’s state-run Saudi Press Agency similarly did not mention Mr Khashoggi’s killing in its report about the call, focusing on regional issues like Iran and the war in Yemen.

In October 2018, Mr Khashoggi had gone to the Saudi consulate in Istanbul to pick up documents he needed for his wedding.

Once inside, he died at the hands of more than a dozen Saudi security and intelligence officials and others who had assembled ahead of his arrival.

Surveillance cameras had tracked his route and those of his alleged killers in Istanbul in the hours before his killing.

A Turkish bug planted at the consulate reportedly captured the sound of a forensic saw, operated by a Saudi colonel who was also a forensics expert, dismembering Mr Khashoggi’s body within an hour of his entering the building. The whereabouts of his remains is unknown.

The prince, an ambitious 35-year-old who has rapidly consolidated power since his father became king in 2015, said in 2019 that he took “full responsibility” for the killing since it happened on his watch, but denied ordering it.

Saudi Arabian courts last year announced they had sentenced eight Saudi nationals to prison over Mr Khashoggi’s killing. They have not been identified.