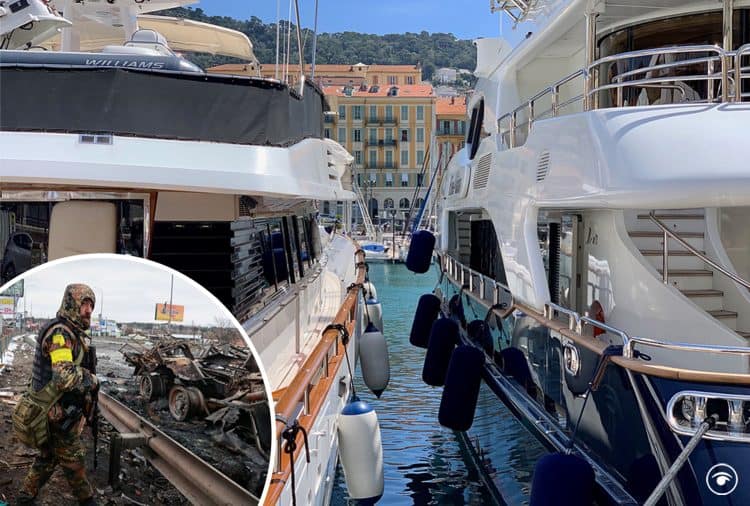 A Ukrainian sailor who tried to sink a superyacht belonging to his billionaire Russian boss in Spain has voiced his determination to sign up to fight for his homeland.

Taras Ostapchuk, 55, a mechanical engineer, is reportedly headed to the war-torn Ukrainian capital of Kyiv, after flying to Warsaw in Poland.

He shared a picture with a Ukrainian road sign in the background, according to Ultima Hora, a Spanish newspaper.

“I am going to fight for my country,” he told the newspaper. “I have never picked up a gun, but if necessary I will.”

‘I will not lose my country’

Ostapchuk was arrested in Mallorca last week for allegedly sabotaging a £5.8 million luxury yacht – the ‘Lady Anastasia’ – which belonged to Alexander Mijeev, by flooding the vessel’s engine room.

The 156-foot-long boat – with five cabins and a jacuzzi – is owned by the CEO of a Russian state-owned weapon supplier.

Ostapchuck said he would seek out a military commander in Kyiv, where his son will reportedly be waiting for him.

“As soon as I arrive in the first city in Ukraine, I will look for a military commander and ask him if they need me,” he told Spanish media before his departure.

“I said to myself: Why do I need a job if I don’t have my country? I had a good job as chief mechanic on the ship and a good salary, but I’m going to fight for my country.

“I lost my job, but that’s not a problem. I will not lose my country.”

‘I would do it again’

He added that he is “not a hero” – but will pick up a gun and fight for his country if need be.

Ostapchuk was arrested last week but released by a Spanish court without charge. His lawyer claimed that he was seeking economic revenge against his boss because he believed him responsible “for all the missiles that were falling in Kyiv”.

“As he has told in his story: He arrived at the ship, closed the fuel hatches, lowered the electricity and then opened the two water inlet valves that caused sea water to start coming in,” the lawyer said.

After his release, he said: I don’t regret anything I’ve done and I would do it again.”