UK viewers will be able to watch episodes of hit Ukrainian show 'Servant of the People' from Sunday after Channel 4 secured the rights. 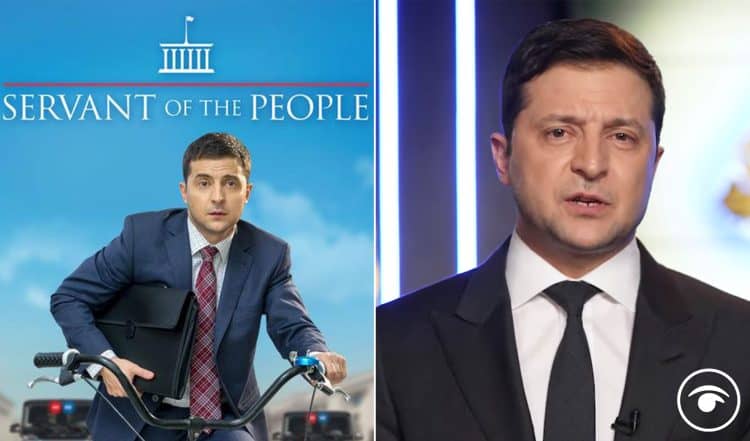 Before he was the leader of the free world, Volodymyr Zelensky was a comic and actor and starred in a hugely popular Ukrainian TV series called ‘Servant of the People’ that helped catapult him from a make-believe president to a real-life one, battling the Russian invasion.

The show ran for three seasons between 2015 and 2019 — with the final episode airing just 53 days before Zelensky assumed office following his landslide election victory.

A surreal clip from the show has recently resurfaced where Zelensky yells “Putin has been toppled!”

Trying to get the attention of representatives in the room, he shouts “Putin has been toppled!” so everyone turns around.

“That was a joke. There was just no other way to stop you,” he adds.

Servant of the People to air on UK TV

Channel 4 has announced it is to air the show in a nod to Zelensky’s incredible rise.

Earlier on Sunday, at 6.45pm, the channel will broadcast Zelenskyy: The Man Who Took on Putin, a 30-minute current affairs special charting the 44-year-old’s life and career.

Channel 4 says the special programme will “look at Zelenskyy’s beliefs and policies and paint an intimate portrait of the former TV personality who has now become a war hero to Ukrainians”.

Ian Katz, Channel 4’s chief content officer, added the shows “will give viewers access to deep insight into how he shot to political prominence, the foundations of his popular appeal and his intuitive grasp of how to exploit both traditional and social media.

“The battle in Ukraine is as much an information war as a military one and these two programmes will show that Zelenskyy was a formidable information warrior long before he was a war leader.”

Eccho Rights has distributed the programme, made by Mr Zelensky’s Studio Kvartel 95, since it launched.

“It’s quite an old show already,” he said.

“But, of course, given the circumstances, it’s become very, very, very interesting for everybody.”