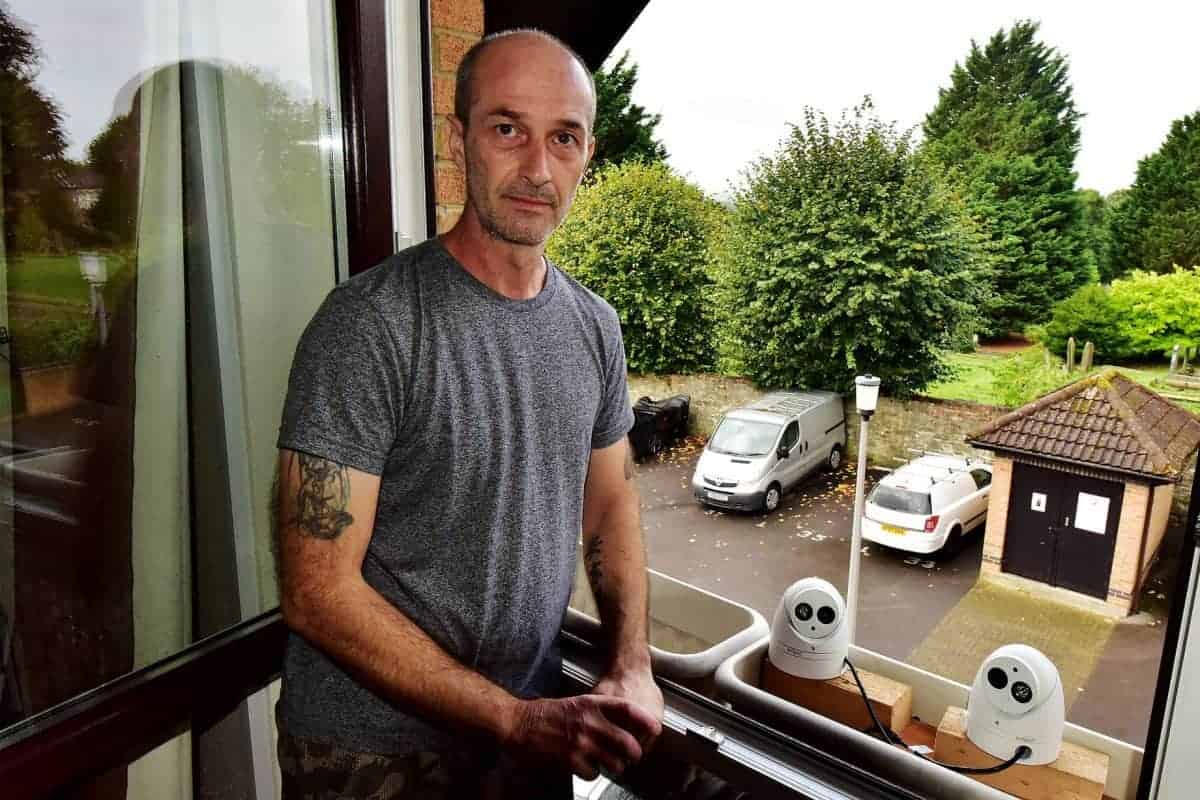 A dad who was nearly stabbed outside his home installed CCTV – but was told to remove it because of new data protection laws.

He then bought the camera equipment to help ease his fears of another attack.

But now the people who manage his property say he has to take down the cameras because of General Data Protection Regulation (GDPR).

Mr Ward is refusing, and claims property management firm BNS should be providing this type of safety equipment themselves.

David, of Bristol, said: “I had left my flat when the argument started.

“I called 999 and then saw him coming down the hall.

”I was on the phone to police at the time and managed to get away.”

Mr Ward spent £70 on a CCTV camera which he says only record what’s happening in his car park and at the front door to his block of flats.

He said: “The police have a special unit for helping people who have been a victim of this sort of crime and they said they would speak to my landlord for me (about the CCTV).

“They have also given me a letter box that locks so no-one can push anything through and set my flat on fire.

“I’m living with my son now but it does worry me. We live opposite a graveyard and anyone could jump over.”

A spokesperson for the management company said: “BNS are aware of the tenants request and have liaised with his landlord and the Directors of the Residents Management Company as appropriate whilst acting fully in accordance with industry best practice and within the terms of the Lease.

“”Furthermore we have acted on behalf of our clients and in doing so have conformed with GDPR regulations and fulfilled our duties in the interests of the Leaseholders within the development.”