"He is a racist and he stokes racism in this country, and it does not offend our sensibilities, it fundamentally changes the character of this country and it leads to violence." 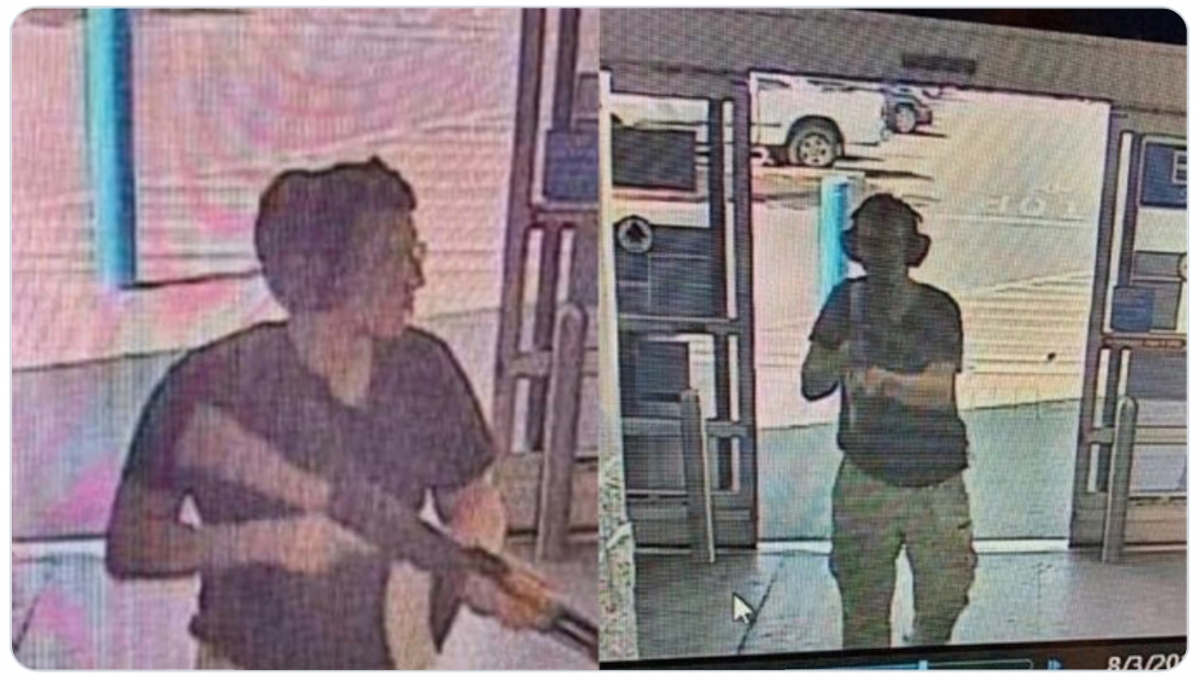 A shaken Beto O’Rourke told CNN: “We’ve had a rise in hate crimes every single one of the last three years during an administration where you’ve had a president who’s called Mexicans ‘rapists’ and ‘criminals,’ though Mexican immigrants commit crimes at a far lower rate than those born here in the country.”

Speaking to media after visiting victims and medics at the University Medical Center in El Paso, the local politician said of the President who has recently ramped up racial tensions by calling for political opponents from ethnic backgrounds to “go home” to their country: “He is a racist and he stokes racism in this country, and it does not offend our sensibilities, it fundamentally changes the character of this country and it leads to violence.”

Police are investigating a “nexus to a potential hate crime” posted on 8chan an extremist online message board where racist and white supremacist options are aired.

They said they are “reasonably confident” that the hate-filled manifesto was posted by the suspect arrested after the mass-shooting at the Walmart store, which would make it the third mass shooting announced in advance on 8chan in less than five months.

The document expressed support for the shooter who murdered 51 mosque worshippers in Christchurch, New Zealand in March and appears to refer to this Walmart mass shooting as “a response to the Hispanic invasion of Texas”.

When media asked Beto O’Rourke outside the El Paso hospital if the manifesto may be linked to Donald Trump’s racist rhetoric, the Texas representative said: “Yes.”

He also said the victims he had spoken to asked for action to stop such gun crime.

“Yes, it’s the gun laws. Yes, it’s the universal background checks. And yes, we should stop selling weapons of war into our communities. But I think we also have to confront this hatred that I have never seen in my lifetime,” said O’Rourke.

O’Rourke said: “We have to find some reason for optimism and hope or else we consign ourselves to a future where nearly 40,000 people a year will lose their lives to gun violence and I cannot accept that.”

Trump tweeted “heartfelt thoughts and prayers to the great people of Texas” from him and First Lady Melania Trump.

He also tweeted: “Today’s shooting in El Paso, Texas, was not only tragic, it was an act of cowardice. I know that I stand with everyone in this Country to condemn today’s hateful act. There are no reasons or excuses that will ever justify killing innocent people”.

Police said the suspect taken into custody with no resistance offered following the terror shooting in El Paso is 21-year-old Patrick Crusius.

Most of the victims of the attack appear to have been at a Walmart near the Cielo Vista Mall, though police they say the shopping centre has been “secured”.

El Paso hospital said it is treating 22 victims, not including a patient who died after arriving at one of the hospitals.

Police are advising people to stay away from the area and to look for missing family members at a school being used as a reunification area.

Texas governor Greg Abbott called the shooting “a heinous and senseless act of violence” and said the state had deployed a number of law enforcement officers to the city.

A family of three was among a dozen people waiting outside a bus station. They were trying to return to their car that was in a blocked-off Walmart car park.

“I heard the shots but I thought they were hits, like roof construction,” said Adriana Quezada, 39, who was in the women’s clothing section of Walmart with her two children.

White House staff said US President Donald Trump was briefed on the shooting and spoke about it with attorney general William Barr and governor Abbott.

El Paso, which has about 680,000 residents, is in West Texas and sits across the border from Juarez, Mexico – an area that has changed hands between the countries throughout history, making it very ethnically mixed.

Bernie Sanders, who was with O’Rourke and other Democrat Presidential candidates at a union meeting in Las Vegas on Saturday, said: “It’s not just today, it has happened several times this week. It’s happened here in Las Vegas where some lunatic killed some 50 odd people.”

The Vermont Senator slammed Republicans for continuing to back the wealthy gun lobby rather than “listening to the vast majority of the American people” over gun safety legislation. :

El Paso is one of nearly daily mass shootings that have plagued the US.

These are the deadliest mass shootings of the past two years

– May 31 2019: Longtime city worker DeWayne Craddock opened fire in a building that houses Virginia Beach government offices. He killed 12 people and wounded several others before he was gunned down by police.

– February 15 2019: Gary Martin killed five co-workers at a manufacturing plant in Aurora, Illinois, during a disciplinary meeting where he was fired. He wounded one other employee and five of the first police officers to arrive at the suburban Chicago plant before he was killed during a shootout with police.

– November 7 2018: Ian David Long killed 12 people at a country music bar in Thousand Oaks, California, before taking his own life. Long was a Marine combat veteran of the war in Afghanistan.

– October 27 2018: Robert Bowers is accused of opening fire at Tree of Life synagogue in Pittsburgh, Pennsylvania, during Shabbat morning services, killing 11 and injuring others. It was the deadliest attack on Jews in the US in history.

– June 28 2018: Jarrod Ramos shot through the windows of the Capital Gazette offices in Annapolis, Maryland, before turning the weapon on employees there, killing five at The Capital newspaper. Authorities say Ramos had sent threatening letters to the newspaper prior to the attack.

– May 18 2018: Dimitrios Pagourtzis began shooting during an art class at Santa Fe High School in Santa Fe, Texas. The 17-year-old killed eight students and two teachers and 13 others were wounded. Explosives were found at the school and off campus.

– February 14 2018: Nikolas Cruz shot and killed 17 students and staff members at Marjory Stoneman Douglas High School in Parkland, Florida. It surpassed Columbine High School as the deadliest shooting at a high school in US history.

– November 5 2017: Devin Patrick Kelley, who had been discharged from the air force after a conviction for domestic violence, used an AR-style firearm in a shooting at a small church in Sutherland Springs, Texas, killing more than two dozen.

– October 1 2017: Stephen Paddock opened fire on an outdoor music festival on the Las Vegas Strip from the 32nd floor of a hotel-casino, killing 58 people and wounding more than 500. Swat teams with explosives then stormed his room and found he had killed himself.