"Domestic abuse should never be tolerated and this is one abuser who will now be serving a significant custodial sentence for his crime." 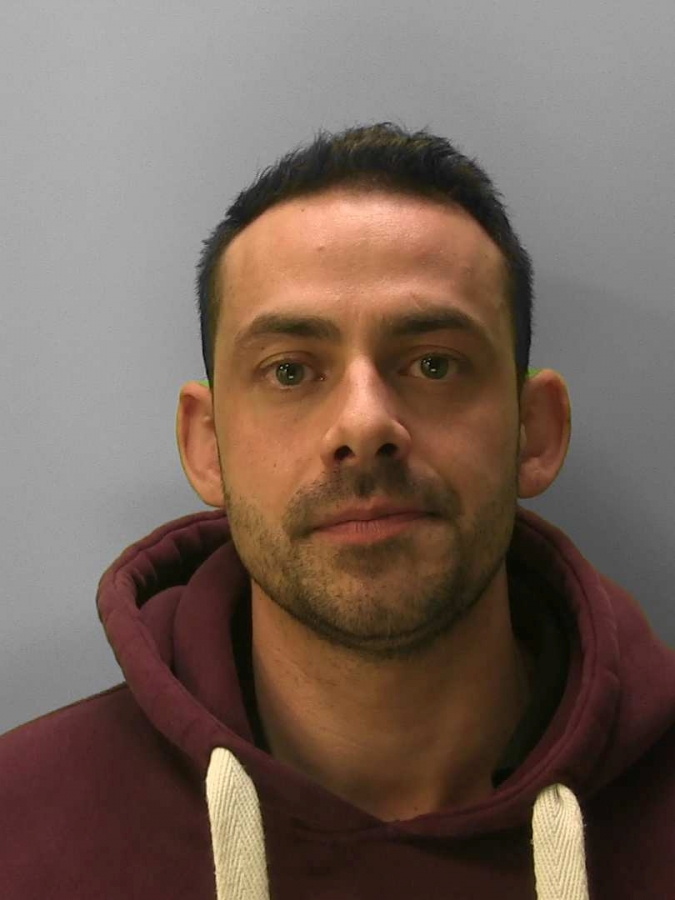 A brute who stabbed his terrified partner in her neck with a pair of scissors has been jailed for 10 years.

Serial domestic abuser Luke Berry, 38, flew into a rage when his latest girlfriend of six months told him their relationship was over.

The mechanic refused to accept the 27-year-old’s decision, and attacked her repeatedly in the kitchen, punching her in the head.

She managed to wriggle free and ran for the front door.

But Berry grabbed her again and pulled her into the living room before stabbing her in the front of her neck with the scissors.

He also caused smaller wounds behind her ear and on her hands.

Berry, of Blackboys, East Sussex, pleaded guilty at an earlier hearing to causing grievous bodily harm with intent in relation to the savage attack on February 23rd.

Sentencing Berry, Judge Paul Tain said: ” I am of no doubt that this was unequivocally a sustained attack, that you were overcome by a murderous rage, and using scissors in the manner you did could have caused death.”

The Judge added that the primary aggravating feature was the record of Berry’s previous convictions which showed his controlling and coercive behaviour in ending previous relationships.

He was jailed for 10 years at Hove Crown Court, and will have to serve two-thirds of his sentence before he can apply for parole.

Berry will also have to serve a further four years on prison release licence beyond 10 years, whenever he is released.

He was also given a court Restraining Order, to last until further notice, prohibiting him from approaching his victim.

Detective Constable Tania Snashall, of East Sussex Safeguarding Investigations Unit, said: “It was only down to sheer good fortune that the victim survived this attack by eventually getting away from him, with four stitches to the wound in her neck, in a situation that could have been fatal.”

She added: “The success of this investigation was due to the bravery of the victim who after reporting it to police, continued to support the investigation throughout the whole process.

“This was a horrific experience for her, exacerbated by someone with whom she was in a relationship with and who she had trusted implicitly.

“Understandably this experience will take her time to recover from, both physically and psychologically but the sentence will go some way to allow her to begin the process of rebuilding her life.

“Domestic abuse should never be tolerated and this is one abuser who will now be serving a significant custodial sentence for his crime.

“This case shows that you do not need to suffer in silence. Help is at hand if you contact us.”