“Donald Trump has spent his entire presidency funnelling taxpayer, campaign, special interest and foreign government money into the business that he still owns.” 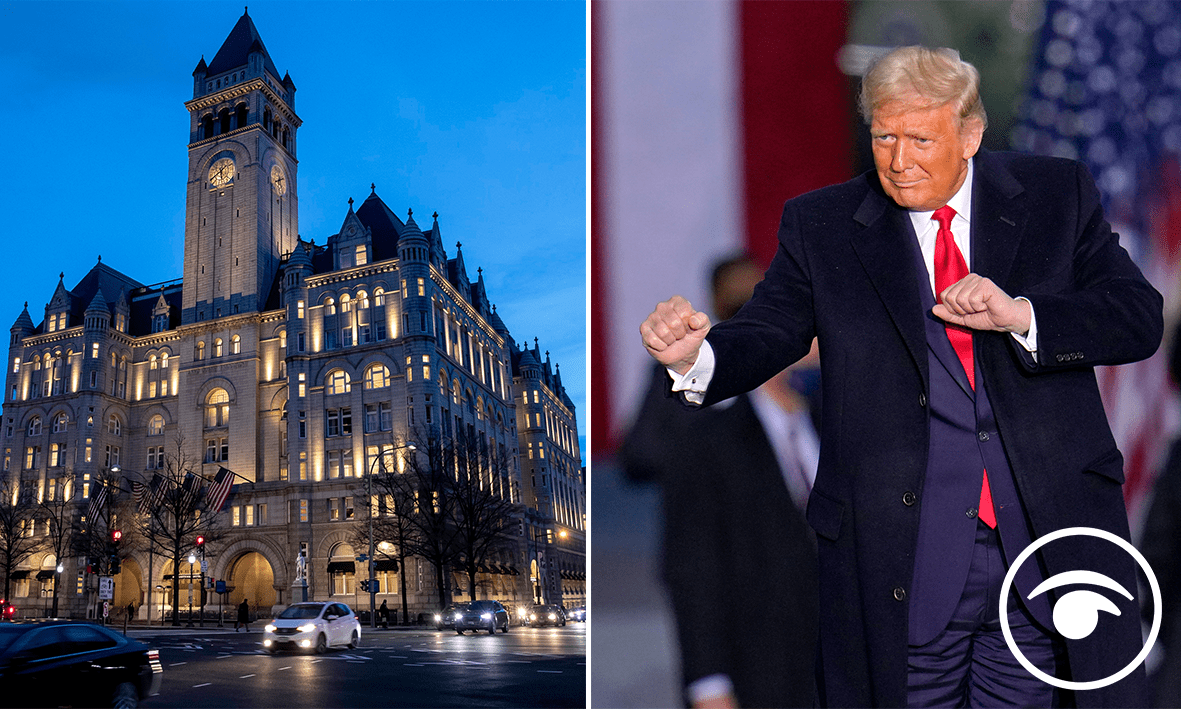 It isn’t looking good in the polls for Donald Trump however he is ready to party at his own hotel if he wins.

It comes as Presidential adviser, and Trump’s son-in-law Jared Kushner says that President Donald Trump wants to help black people in America, but they have to “want to be successful” for his policies to work.

Trump has his eye on hosting an election night party at his own Trump International Hotel in Washington.

Over the past several days, the campaign has sent fundraising emails in the president’s name offering donors the chance to enter a drawing “to join Team Trump at the Election Night Party in my favourite hotel,” in Washington, suggesting he will use his luxury hotel as the backdrop for reacting to election results.

The campaign has also spotlighted plans for the party in fundraising blasts from the president’s son Donald Trump Junior.

“November 3rd will go down in history as the night we won FOUR MORE YEARS. It will be absolutely EPIC, and the only thing that could make it better is having YOU there,” Mr Trump said in a fundraising solicitation.

For Mr Trump, an election night party at his own hotel is symbolic for a businessman who leveraged his celebrity as a reality TV star and New York real estate magnate to win the nation’s highest office.

Critics see it as one more reminder of how the president has used his office to personally profit as foreign leaders, conservative supporters and administration officials use the lobby of Washington’s Trump International Hotel as an unofficial clubhouse for the Trump presidency.

Since 2017, the president and Republican National Committee (RNC) have held several fundraisers at the president’s Washington hotel in the historic Old Post Office building, which the president’s company leases from the federal government.

Over the course of his presidency, the Trump campaign, the RNC and their joint-fundraising committees have spent more than 7.4 million dollars (£5.68 million) at Trump-branded properties.

The Washington hotel, which is blocks from the White House, has been sold out for weeks for Election Day as well as the days before and after November 3. A basic room then is going for 1,200 dollars (£920) a night, nearly triple the 476-dollar (£365) room rate on Monday.

“In some ways, election night is going to be the pinnacle of his self dealing.”

The White House referred questions on the president’s election night plans to the Trump campaign, which did not respond to requests for comment.

Presidential adviser Jared Kushner says that President Donald Trump wants to help black people in America, but they have to “want to be successful” for his policies to work.

“President Trump’s policies are the policies that can help people break out of the problems that they’re complaining about, but he can’t want them to be successful more than they want to be successful,” Mr Kushner said on Fox & Friends.

Mr Kushner, who is President Trump’s son-in-law, also criticised prominent people who raised their voices after the killing of George Floyd, a black man who died in police custody, but then did not follow through and work to find ways to improve the lives of black people in America.

“You saw a lot of people who were just virtue signalling — they go on Instagram and cry, or they would, you know, put a slogan on their jersey or write something on a basketball court,” Mr Kushner said.

“Quite frankly, that was doing more to polarise the country than it was to bring people forward. You solve problems with solutions.”

White House press secretary Kayleigh McEnany defended Mr Kushner, saying that “internet trolls” took his words out of context. She said they were trying to distract from President Trump’s “undeniable record of accomplishment” for black people.

President Trump, who has been trying to appeal to the black community, has been promoting his attempts to set up economic opportunity zones, provide steady funding for historically black colleges and universities, and institute criminal justice reforms.