The UN refugee agency today compared the photograph to the 2015 image of the three-year-old Syrian boy Alan Kurdi who drowned off the Greek island of Kos. But will it move enough hearts to change Trump’s hardline immigration measures? 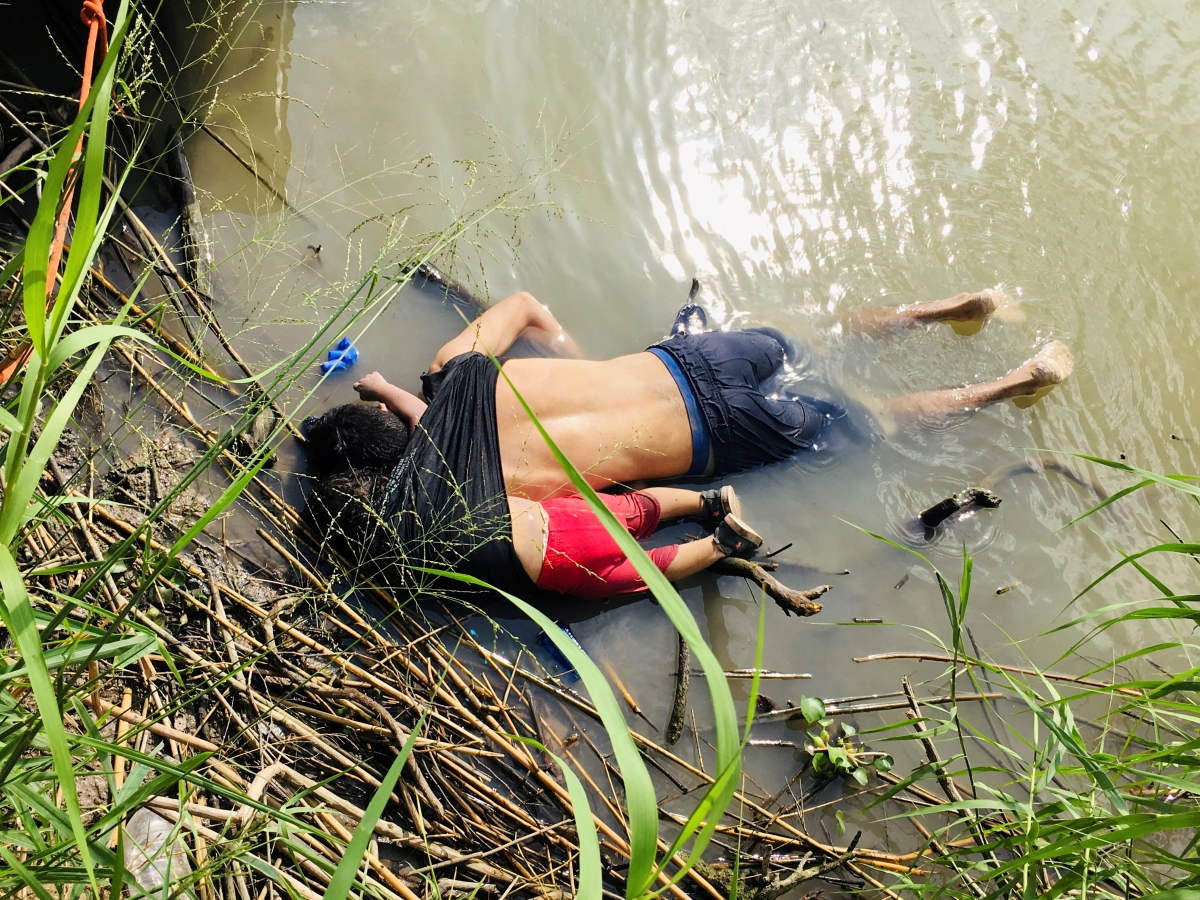 The bodies of Salvadorian migrant Oscar Alberto Martinez Ramirez and his daughter Valeria are seen after they drowned in the Rio Bravo river while trying to reach the United States, in Matamoros, in Tamaulipas state, Mexico June 24, 2019. REUTERS/Stringer

A harrowing photo of a man and his young daughter who drowned on the U.S.-Mexico border has brought global attention to the dangers for a wave of mostly Latin American migrants travelling north.

The picture of Oscar Alberto Martinez and his 24-month-old daughter Valeria who drowned in each others’ arms has broken hearts around the world and sparked renewed debate about the plight of refugees and migrants.

The pair had travelled from their home country of El Salvador and were seeking asylum in the United States when they drowned in front of Oscar’s wife, two shocking, yet perhaps preventable deaths.

As part of a broader crack down on migration, the Trump administration has tightened the US asylum system aggressively, creating a growing backlog of cases.

Families have been detained, separated, children have gone missing from their parents – both sides of the US/Mexico border and reports have emerged of the horrendous conditions in which they are detained.

Migrants are routinely forced to wait for months to start the asylum process; those who despair of waiting turn to more remote and dangerous routes across the southern frontier.

On Sunday, two babies, a toddler and a woman were found dead after succumbing to heat exhaustion, and a six-year-old was found dead in the searing heat of Arizona.

Three children and a woman from Honduras died in April after their raft capsized on the Rio Grande, where the record swell of water has claimed dozens of lives this year.

As photos, taken on Monday of Óscar Alberto Martínez Ramírez, 26, and his daughter Valeria, lying face down in shallow water, the 23-month-old toddler’s arms clinging around her father’s neck broke hearts around the world, Democrats in the House were moved towards approving an emergency $4.5 billion humanitarian aid bill to address the plight of migrants at the border.

Though characteristically bullish – throughout the crisis that he is using as a key dog-whistle of his 2020 presidential campaign – Donald Trump vowed to veto any extra spend on such relief.

Accounts from lawyers of children in detention wearing soiled clothes and older children caring for younger ones has increased criticism by immigration activists and Democrats of Republican President Donald Trump’s hardline immigration policies.

The acting commissioner of the U.S. Customs and Border Protection (CBP) agency, John Sanders, who led CBP since April, resigned on Tuesday.

Last week lawyers raised the alarm after finding over 300 migrant children in an overcrowded Texas border patrol station, where they said some had been held for weeks without adequate food and water.

From March 19 to date, the CBP has released 96,000 “family units” but still holds thousands of people in custody, CBP officials said.

Many Central American families who say they fear returning to their home countries seek asylum in the United States and are often released pending immigration court proceedings.

Cracking down on immigration has been a priority for Trump but the president has proven unable to push most of his goals through Congress.

“This week we have to solve the humanitarian crisis,” House of Representatives Democratic Caucus Chairman Hakeem Jeffries told reporters.

The story behind the photo that shocked the world

The UN refugee agency today compared the photograph to the 2015 image of the three-year-old Syrian boy Alan Kurdi who drowned off the Greek island of Kos. But will it move enough hearts to change Trump’s hardline immigration measures?

The photo shows a father and toddler face down in the reeds on the bank of the Rio Grande river. The father had apparently stretched his T-shirt over her to form a makeshift baby sling, and their heads are nestled together. Her red shorts bulge with a water-logged nappy as she hugs her father.

The bodies of Óscar Alberto Martínez Ramírez, 26, and his daughter Valeria were discovered on the muddy bank of the treacherous Rio Grande river swollen to its highest level in decades near Matamoros, Mexico, just half a mile out of reach of the US border.

According to local reports, Salvadorean Martínez Ramírez his wife, Vanessa Ávalos, and their two-year-old daughter, arrived in Matamoros on Sunday, to request asylum from US authorities.

But seeing the backlog before they could start the legal process and the humanitarian situation building up, they decided to attempt the risky river crossing.

“He crossed first with the little girl and he left her on the American side. Then he turned back to get his wife, but the girl went into the water after him. When he went to save her, the current took them both,” local journalist Julia Le Duc, told the Guardian newspaper.