Nasa is to open some pristine samples of moon rocks and dirt which have been stored for decades after being collected by Apollo astronauts. Hundreds of pounds of moon rocks are locked up at Johnson Space Centre in Houston, and lab workers are preparing to give some of the samples to scientists for study. Nine […] 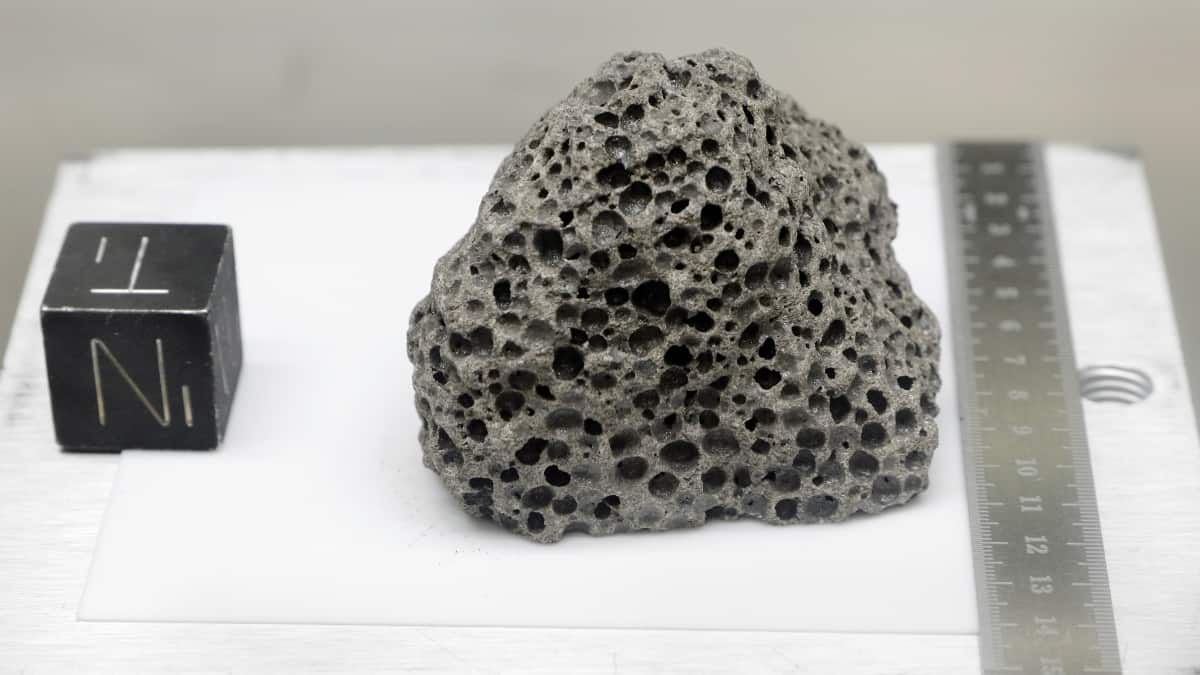 Nasa is to open some pristine samples of moon rocks and dirt which have been stored for decades after being collected by Apollo astronauts.

Hundreds of pounds of moon rocks are locked up at Johnson Space Centre in Houston, and lab workers are preparing to give some of the samples to scientists for study.

Nine US research teams will get a sliver of lunar loot to examine.

Next month marks the 50th anniversary of the first Apollo moon landing, but sample curator Ryan Zeigler says the timing is a coincidence.

His job is to preserve what the 12 moon walkers brought back between 1969 and 1972 — lunar samples totalling 842lb. The best samples will be opened and sent to scientists over the next year.

For all of the money we are spending, NASA should NOT be talking about going to the Moon – We did that 50 years ago. They should be focused on the much bigger things we are doing, including Mars (of which the Moon is a part), Defense and Science!

Mr Zeigler – covered head to toe in a white protective suit with matching fabric boots, gloves and hat – said: “It’s sort of a coincidence that we’re opening them in the year of the anniversary.

“But certainly the anniversary increased the awareness and the fact that we’re going back to the moon.”

With the golden anniversary of Neil Armstrong and Buzz Aldrin’s feat fast approaching — their lunar module Eagle landed on July 20 1969 — the moon is red-hot again.

After decades of switching between the moon and Mars as the next big astronaut destination, Nasa aims to put astronauts on the lunar surface again by 2024 at the White House’s direction.

President Donald Trump prefers talking up Mars, but the consensus is that the moon is a crucial proving ground given its relative proximity to home — 240,000 miles or two to three days away.

Some of the soil and rock samples were vacuum-packed on the moon — and have never been exposed to Earth’s atmosphere — or were frozen or stored in gaseous helium on returning to Earth, and then left untouched.

The lab’s staff are trying to figure out how best to remove the samples from their tubes and other containers without contaminating or spoiling anything. They are practising with mock-up equipment and pretend lunar dirt.

“We can do more with a milligram than we could do with a gram back then. So it was really good planning on their part to wait,” he said.

The lunar sample lab has two side-by-side vaults: one for rocks still in straight-from-the-moon condition and a smaller vault for samples previously loaned out for study.

About 70% of the original haul is in the pristine sample vault, which has two combinations and takes two people to unlock. About 15% is in safekeeping at White Sands in New Mexico. The rest is used for research or display.

Of the six manned moon landings, Apollo 11 yielded the fewest lunar samples: 48lb. It was the first landing by astronauts and Nasa wanted to minimise their on-the-moon time and risk.

What is left from this mission — about three-quarters after scientific study, public displays and goodwill gifts in 1969 — is kept mostly here at room temperature.

Nearly 50 years after we collected Moon rocks and soil during Apollo, we're ready to look at them with new eyes. 9 teams will receive unopened samples from Apollo 17 to study them with the latest technology. Thanks for the time capsule @NASA circa 1972! https://t.co/G70RFoDo4j pic.twitter.com/ExLyF3nO8g

All five subsequent Apollo moon landings had longer stays. The last three — Apollo 15, 16 and 17 — had rovers that significantly upped the sample collection and coverage area.

The lab’s collection is divided by mission, with each lunar landing getting its own cabinet with built-in gloves and stacks of stainless steel bins filled with pieces of the moon. Apollo 16 and 17, responsible for half the lunar haul, get two cabinets each.

The total Apollo inventory exceeds 100,000 samples. Some of the original 2,200 were broken into smaller pieces for study.