"...what a disgusting institution the monarchy is and how our useless sycophantic media act as their PR agent." 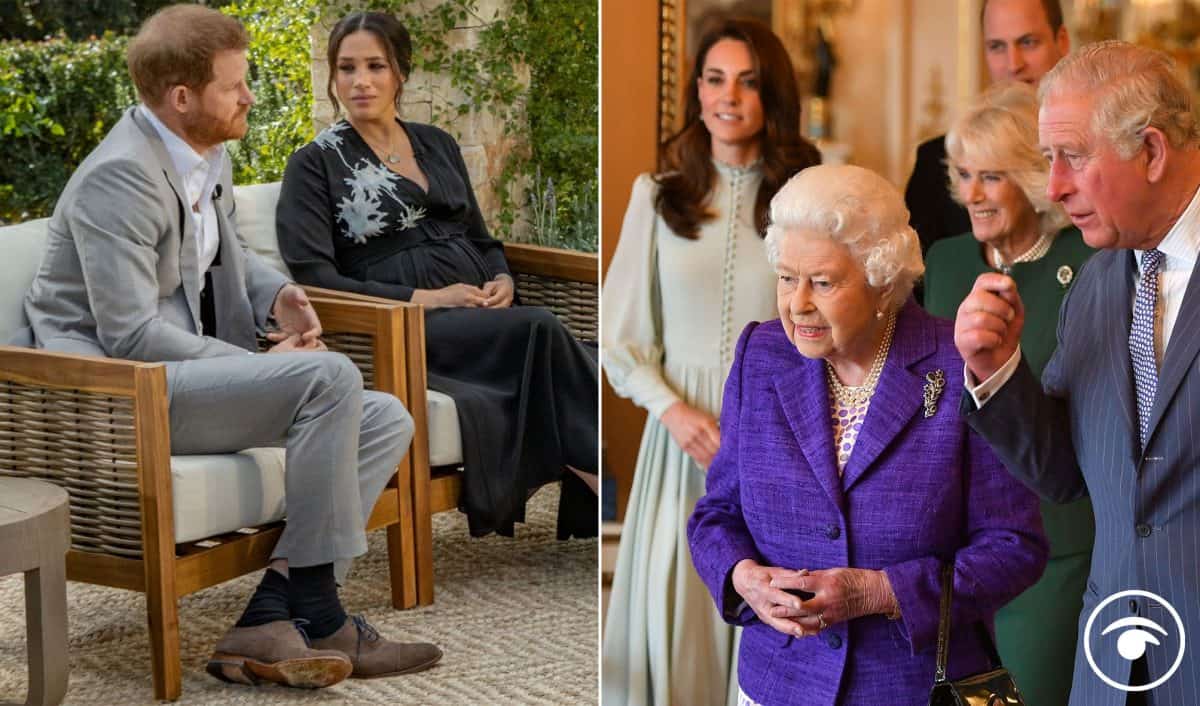 Tennis star Serena Williams is leading the support for the Duke and Duchess of Sussex following their interview with Oprah Winfrey. It comes as #AbolishThe Monarchy began to trend on Twitter.

Meghan made a series of astonishing admissions about her life before stepping down as a working royal in the two-hour broadcast.

In a statement on Twitter, the tennis player described the duchess as her “selfless friend” who “teaches me every day what it means to be truly noble”.

She added: “Her words illustrate the pain and cruelty she’s experienced.

“I know first hand the sexism and racism institutions and the media use to vilify women and people of colour to minimise us, to break us down and demonise us. We must recognise our obligation to decry malicious, unfounded gossip and tabloid journalism. The mental health consequences of systemic oppression and victimisation are devastating, isolating and all too often lethal.

“I want Meghan’s daughter, my daughter and your daughter to live in a society that is driven by respect.

“Keep in your memory the fruitage of the spirit is love, joy, peace, long-suffering, kindness, goodness, faith, mildness, self-control. Against such things there is no law.”

Daniel Martin, who did Meghan’s make-up on her wedding day, shared a picture of the pair on Instagram, alongside a poem from Maya Angelou that said: “You may write me down in history With your bitter, twisted lies, You may trod me in the very dirt. But still, like dust, I’ll rise.”

Celebrities and activists have also shown support for the couple, including the niece of Vice President Kamala Harris, Meena Harris.

Prior to the interview airing, she tweeted: “Happy Meghan Markle appreciation day.”

The outpouring of support for Meghan and Harry also saw many people turn their anger towards the monarchy. These are some of the reactions as #AbolishTheMonarchy began to trend.

Republic wrote: “The monarchy has just been hit by its worst crisis since the abdication in 1936. Whether for the sake of Britain or for the sake of the younger royals this rotten institution needs to go. #AbolishTheMonarchy“

The monarchy has just been hit by its worst crisis since the abdication in 1936. Whether for the sake of Britain or for the sake of the younger royals this rotten institution needs to go. #AbolishTheMonarchy

People waking up today just realising that the British Monarchy is a classist, racist institution?

Racism is the foundation of the royal family's accumulation strategy, not an aberration. Racism is why they sit on their millions in wealth, gold & jewels looted from Black & brown peoples today.#RacialFeudalism#AbolishTheMonarchy https://t.co/Qpy724TFah

Oprah reacts to Meghan Markle revealing somebody in the Royal Family was concerned about how dark Archie's skin color might be. pic.twitter.com/RIc15Adr7F

I used to think the monarchy had at least one purpose. As Orwell said, it would stop the rise of despots & dictators. BUT, when Johnson lied to the Queen & prorogued parliament and she didn’t fire him! That was it for me. What is the fu*king point of them? #AbolishTheMonarchy

I used to think the monarchy had at least one purpose. As Orwell said, it would stop the rise of despots & dictators. BUT, when Johnson lied to the Queen & prorogued parliament and she didn’t fire him! That was it for me. What is the fu*king point of them? #AbolishTheMonarchy

When the Queen dies, #AbolishTheMonarchy and move to an elected head of state. If the monarchists are so keen on Prince Charles being head of state, he can run for President of the Republic of Great Britain. If it's his divine right, then he'll win, won't he?

I am trying not to tweet about Meghan (#AbolishTheMonarchy) but she does shine a light on racism in the UK, what a disgusting institution the monarchy is and how our useless sycophantic media act as their PR agent.

Related: Meghan asked by royal ‘how dark will baby’s skin be?’ in shocking racism claims