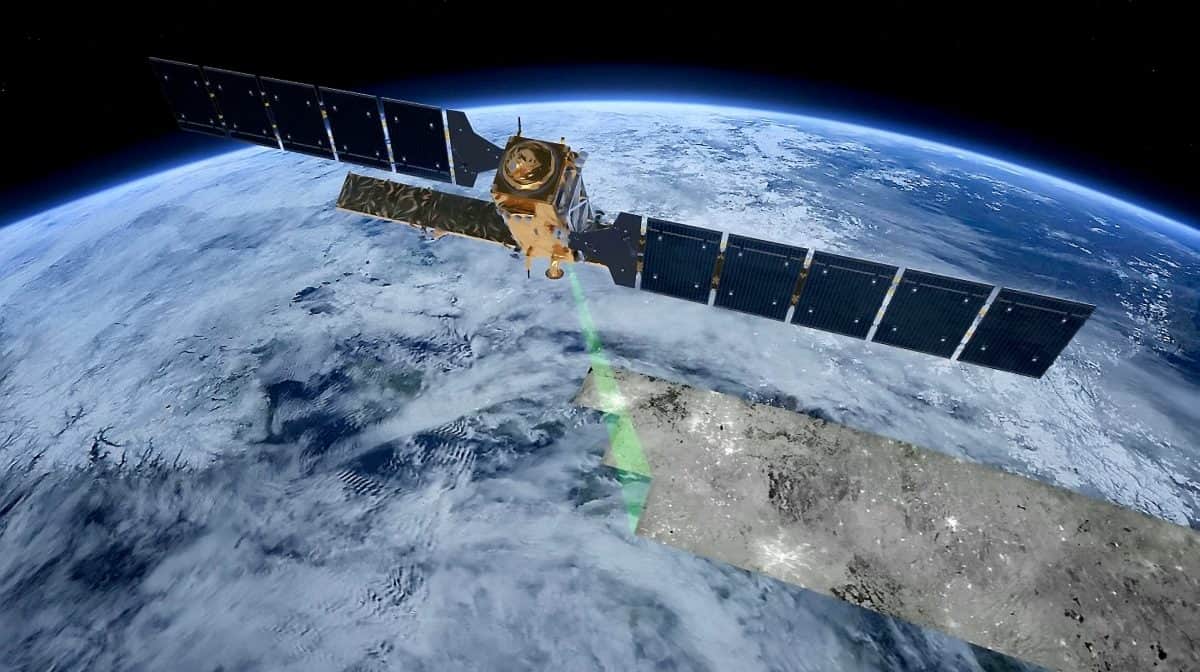 The explosion was SEVENTEEN times more powerful than the atom bomb that wiped out the Japanese city of Hiroshima during the Second World War.

Jong-un’s Big Bang not only sent the mountain flying upwards, it also shifted it sideways… more than one and a half feet.

Space based radar showed the blast at the Punggye-ri nuclear test site in North Korea’s mountainous northwest shifted the ground “by a few metres”.

What is more, the flank of the peak moved “up to half a metre.” It also created a crater more than 400 feet wide.

Study lead author Dr Kattumadam Sreejith, of the Indian Space Research Organisation, said: “The amount of energy released when the nuclear bomb was detonated was equivalent to up to 271 kilotonnes (kt) of TNT.

“We determined the source at a depth of 542 metres below Mount Mantap.”

The mountain has a peak of 2,205 metres. Based on the deformation of the ground, the researchers predict the explosion caused a cavity with a diameter of 132 metres (433ft).

The blast two years ago was the last of six that North Korea has carried out in a system of tunnels dug deep below the mountain.

The site is about 230 miles north-east of Pyongyang and is believed to have been the North’s main nuclear facility – and the only active nuclear testing site in the world.

Dr Sreejith’s team combined data from the Japanese ALOS-2 satellite and a technique called InSAR to measure the changes on the surface above the test chamber.

“The flanks of the Mountain experienced displacements up to 0.5 m (1ft8in) along the Line-of-Sight of the Satellite.”

North Korea withdrew from the Treaty on the Non-Proliferation of Nuclear Weapons in 2003.

It is the first time satellite data has been used to measure the power of the bomb tests they have been conducting.

Reporting the findings in the Geophysical Journal International, the researchers said: ” The most recent test shifted the ground by a few metres.

“We estimate it to be equivalent to 17 times the size of the bomb dropped on Hiroshima in 1945.”

But there are no openly available seismic data from stations near this particular test site.

This means there are big uncertainties in pinpointing the location and size of nuclear explosions taking place there. So the researchers turned to space for a solution.

They said: “The new data suggest that the explosion was powerful enough to shift the surface of the mountain above the detonation point by a few metres, and the flank of the peak moved by up to half a metre.

“Analysing the InSAR readings in detail reveals the explosion took place about 540 metres below the summit, about 2.5 kilometres (1.5 miles) north of the entrance of the tunnel used to access the test chamber.”

Added Dr Sreejith: “Satellite based radars are very powerful tools to gauge changes in earth surface, and allow us to estimate the location and yield of underground nuclear tests.

“In conventional seismology by contrast, the estimations are indirect and depend on the availability of seismic monitoring stations.”

It demonstrates the value of space-borne InSAR data for measurement of the characteristics of underground nuclear tests – with greater precision than conventional seismic methods, he said.

At the moment nuclear explosions are rarely monitored from space due to a lack of data.

The team argue that currently operating satellites such as Sentinel-1 and ALOS-2 along with the NASA-ISRO Synthetic Aperture Radar (NISAR) mission, due to launch in 2022, could be used for this purpose.

Last year the North Korean government claimed it had destroyed the tunnels at the nuclear test site to reduce regional tensions.

But a study by Chinese geologists suggested it had partially collapsed under the stress of multiple explosions, rendering it unsafe for further testing and leaving it vulnerable to radiation leaks.