Iran has already complained that the US breached international laws with the targeted killing of General Soleimani. The US secretary of state said any US military strikes inside Iran would be legal. 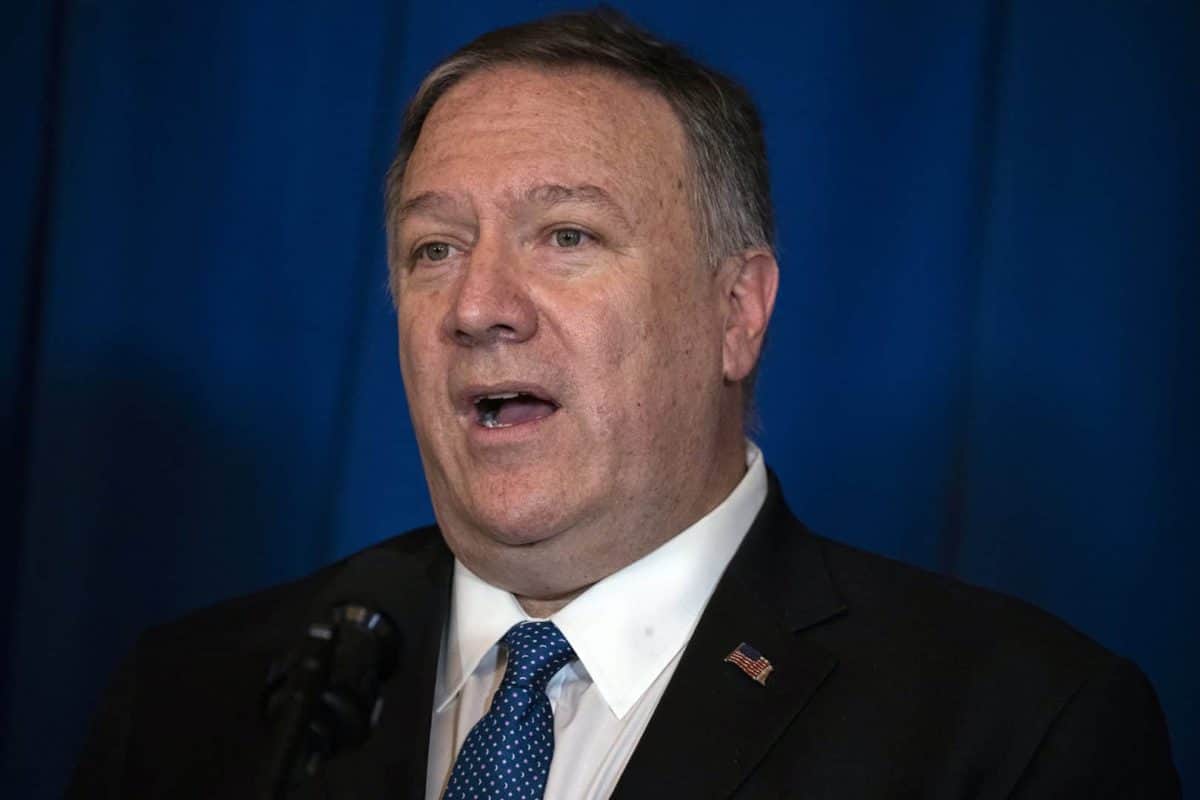 The US military may strike more Iranian leaders if the Islamic Republic retaliates for the Trump administration’s killing of Tehran’s most powerful general last week by attacking Americans or American interests, secretary of state Mike Pompeo said.

As Mr Pompeo conducted a round of TV interviews on Sunday to explain President Donald Trump’s decision to target Iranian general Qassem Soleimani, the repercussions from that attack played out.

The Iraqi parliament called on the 5,200 US forces in the country to leave; the US military coalition in Baghdad suspended training of Iraqi forces to concentrate on defending coalition troops; and in Beirut, the Lebanese Hezbollah chief said US forces throughout the Middle East are fair targets for retaliation.

In Tehran, Iranian state television reported that the country will no longer abide by any limits of the 2015 nuclear deal it signed with the United States and other world powers.

Mr Trump withdrew the US from the deal in 2018 and stepped up economic sanctions on Tehran – actions that accelerated a cycle of hostilities leading to the Soleimani killing.

Democrats in Congress complained about the administration’s failure to consult with legislative leaders before conducting the drone attack Friday against Soleimani, and the White House faced a barrage of questions about the killing’s legality.

Mr Pompeo said the administration would have been “culpably negligent” in its duty to protect the United States if it had not killed Soleimani, although he did not provide evidence for his previous claims that Soleimani was plotting imminent attacks on Americans.

Instead of arguing that an attack had been imminent, Mr Pompeo said it was inevitable.

“We watched him continue to actively build out for what was going to be a significant attack, that’s what we believed, and we made the right decision,” he said.

Mr Pompeo appeared on six news shows while Mr Trump kept silent on the final day of his holiday break in Florida.

The appearances by the top American diplomat appeared aimed at dissuading Iran from launching a major retaliation for the Soleimani killing.

The Iranians have said the US should expect a strong response. They have a range of options, from cyberattacks to military assaults.

Mike Pompeo: any US military strikes inside Iran would be legal

Mr Pompeo declined to say whether he had sought to communicate with Iran since Friday. He stressed the US resolve to hold Iran accountable for its interventions in Iraq, Syria and elsewhere in the Middle East.

Mr Pompeo said the Obama administration had tried to “challenge and attack everybody who was running around with an AK-47 or a piece of indirect artillery.

“We’ve made a very different approach. We’ve told the Iranian regime, ‘Enough. You can’t get away with using proxy forces and think your homeland will be safe and secure’.

“We’re going to respond against the actual decision-makers, the people who are causing this threat from the Islamic Republic of Iran.”

He said the cost to Iran if it uses proxy forces to hit American targets will come down on not just those proxies, which are present in Iraq, Syria, Yemen, Lebanon and elsewhere.

“They will be borne by Iran and its leadership itself,” Mr Pompeo said. “Those are important things the Iranian leadership needs to put in its calculus as it makes its next decision.”

Mr Pompeo tip-toed around questions about Mr Trump’s tweet Saturday threatening to attack Iranian cultural sites, a military action that is likely to be illegal under the laws of armed conflict and the UN charter.

Iran has already complained that the US breached international laws with the targeted killing of General Soleimani.

Mr Pompeo said any US military strikes inside Iran would be legal.

“We’ll behave inside the system,” Mr Pompeo said. “We always have and we always will.”