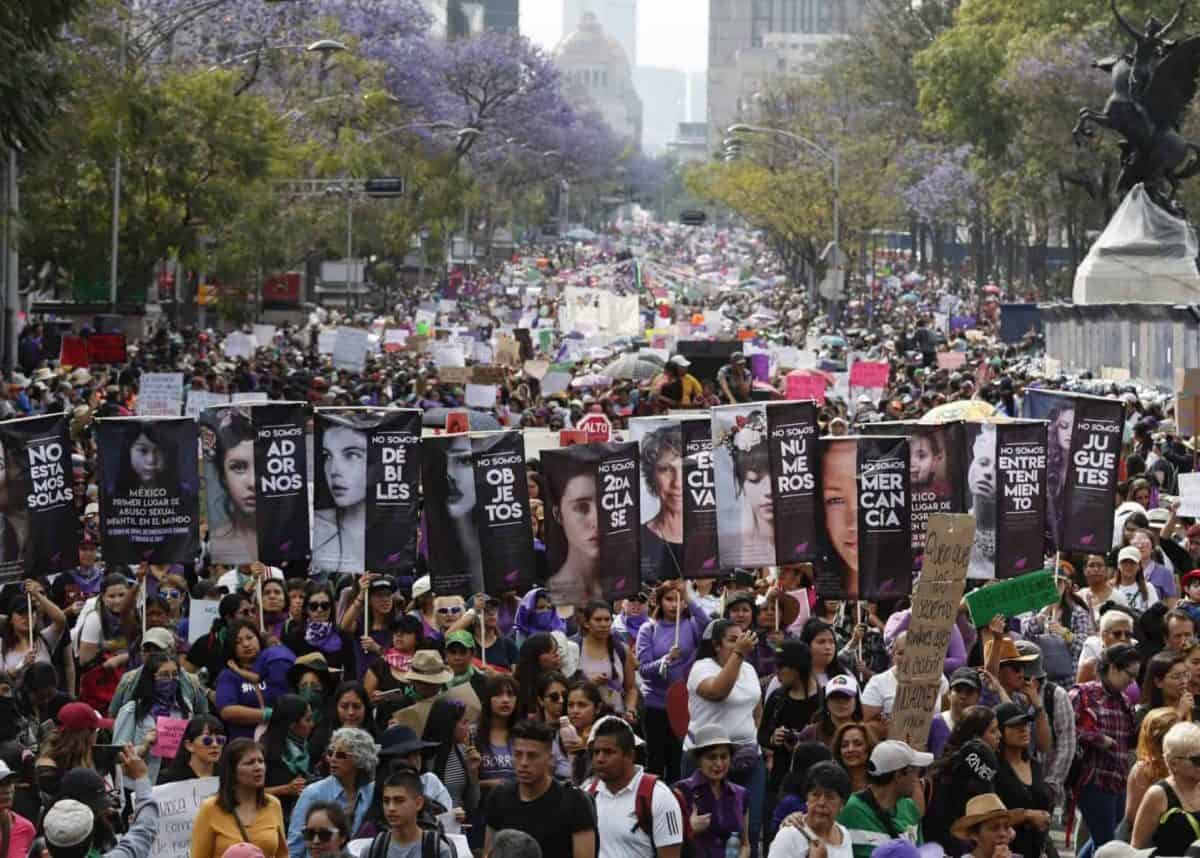 Thousands of women across Mexico plan to stay at home from work or school for “A Day Without Women”.

The move comes hours after an unprecedented number of women filled the streets to protest against rampant gender violence on International Women’s Day.

The back-to-back protests mark an intensification of the struggle by Mexican women against violence and impunity in one of the most dangerous countries in the world for females.

Women in Argentina and Chile have staged strikes in previous years and will do so again on Monday.

Viviana Mendez, a lawyer and mother who planned to take part in the strike, said: “What we want to provoke is that they see that if we’re not there, the city won’t circulate. That there are many of us. What are they going to do without us if they are killing us?”

The idea is for work colleagues, bosses, boyfriends, husbands and in some cases children to reflect on the absence of each participating woman.

That works out to about 10 women killed each day in Mexico. Thousands more have gone missing without a trace in recent years.

Authorities seem incapable of preventing or properly investigating the crimes, very few of which result in convictions.

Maria de la Luz Estrada, coordinator of the National Citizen’s Observatory of Femicide, said: “In Mexico it’s like we’re in a state of war; we’re in a humanitarian crisis because of the quantity of women that have disappeared or been killed.”

A Facebook group called “A Day Without Women” has more than 320,000 Mexican members who discuss the possible consequences of not going to the office, hospital or school for one day.

If the turnout for Sunday’s protest in Mexico City is any indication, the streets may be less full on March 9.

Officials estimated that 80,000 women marched on Sunday in Mexico City, with smaller protests in major metropolitan areas throughout the country.

The call to protest grew in February after two murders rocked Mexico City: that of a young woman horribly disfigured, apparently by a boyfriend, and that of a seven-year-old girl abducted from her school.

In Mexico, major banks, media companies and law firms have joined the call to action.

The Coparmex business confederation encouraged its more than 36,000 member companies across the country to take part – despite calculating losses in the hundreds of thousands of dollars for the strike.

Some private schools have cancelled bus services that depend on female nannies to walk children to their front doors, or some enlisted fathers of schoolchildren to give classes in the absence of female teachers.

It appears public hospitals and schools which heavily rely on female personnel will open, perhaps with fewer employees.

The work strike comes less than a day after tens of thousands of women wearing purple poured into the streets of Mexico City to protest gender violence.

Some protesters spray painted messages like “Mexico kills women” onto monuments, smashed windows and set fires, although most marched peacefully.

Murders of women in Mexico are often accompanied by sexual violence and stunning brutality. Some women are burned. Some are mutilated.

The names came from public records of deaths that appear to fall into the category of femicide, meaning those women’s killings showed marks of hatred for the female gender.