Grapefruit, tomatoes and skittles were among the items on a SpaceX cargo ship. 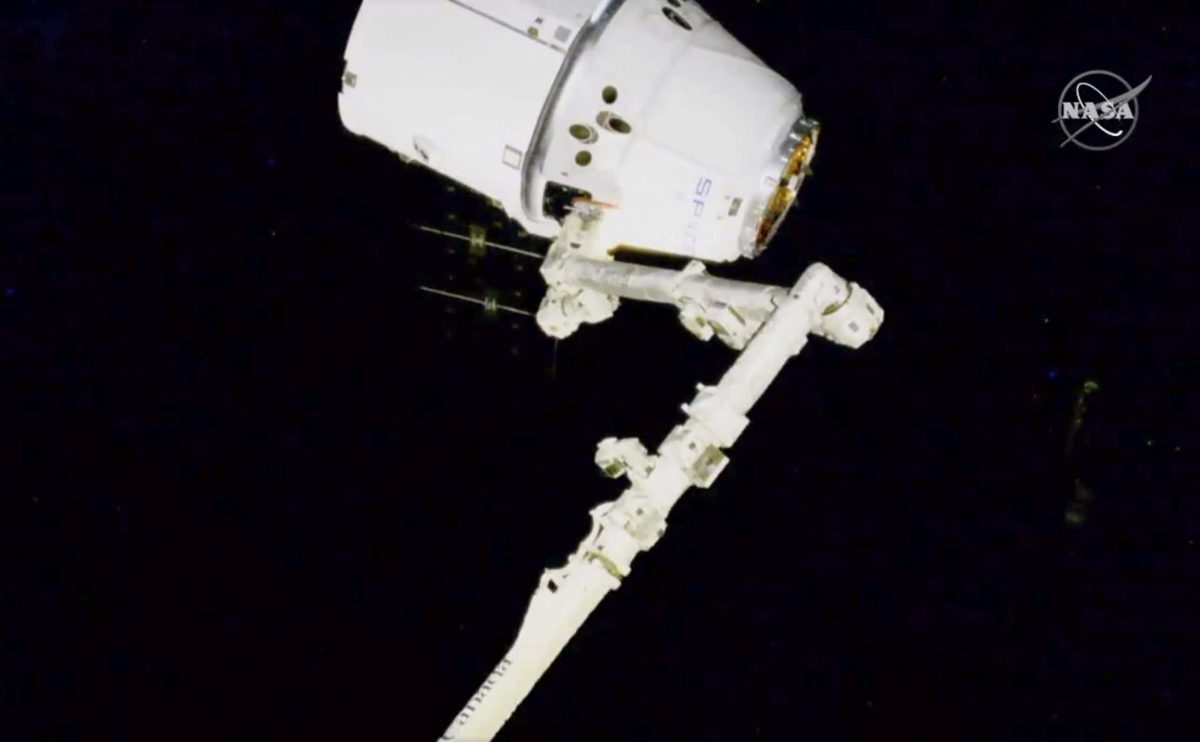 A SpaceX cargo ship arrived at the International Space Station, delivering the company’s 20th batch of gear and treats.

This is the last of SpaceX’s original-style Dragons.

All future ones are designed to carry either cargo or crew, and will dock automatically rather than require robot-arm assistance.

SpaceX has been sending up station cargo since 2012 and plans to start launching Nasa astronauts this spring.

From 260 miles up, Ms Meir congratulated SpaceX on its many milestones, including the fact this is the third flight for this particular Dragon.

Spacecraft and rocket recycling, she noted, is “the more sustainable approach that will be paramount to the future of spaceflight”.

The Dragon will remain at the orbiting lab for a month before returning to Earth with science specimens.