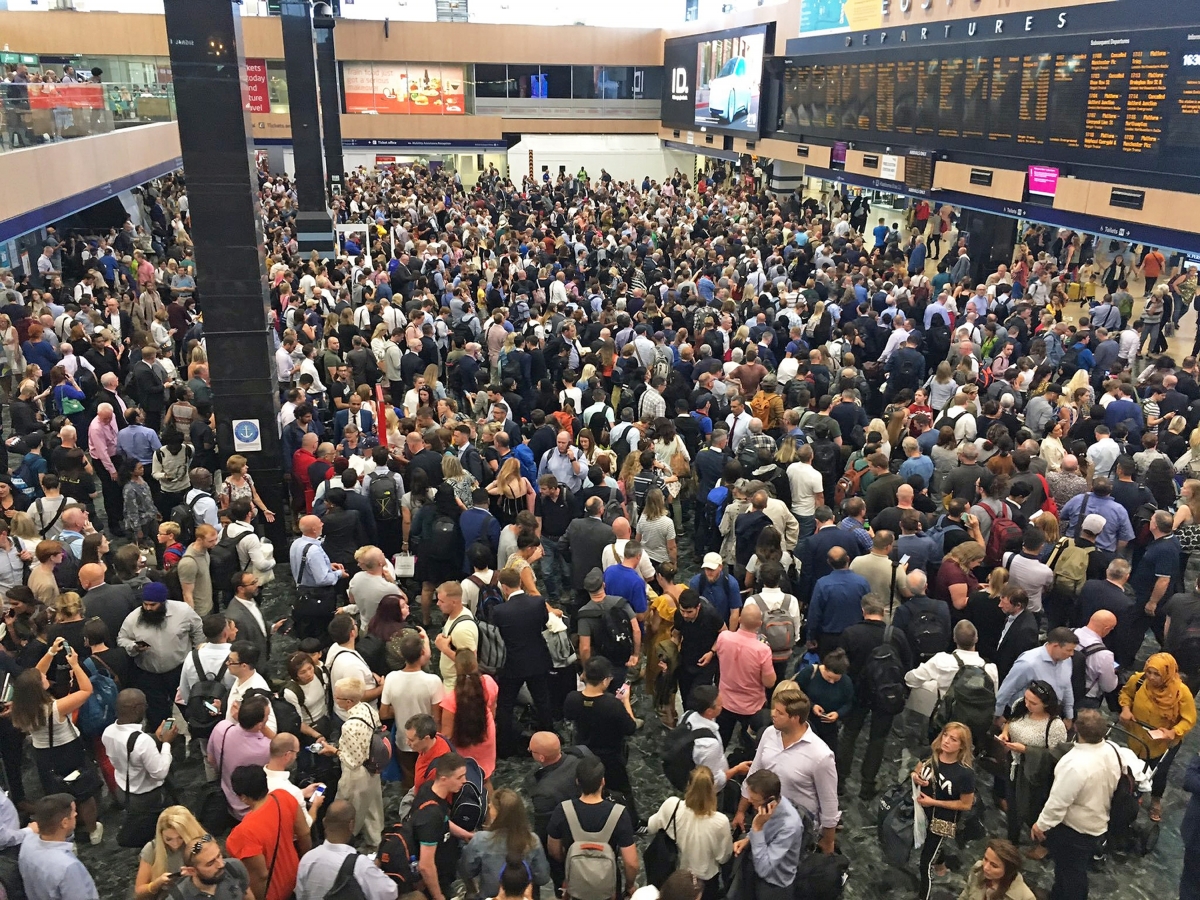 Fuming passengers dubbed the 7.13am Harrogate to Leeds service the ‘unicorn train’ and said it ‘might as well not exist.’

They spoke out after a report revealed that HALF of the trains did not run.

The Northern Train service, which takes 37 minutes to complete its journey, was cancelled a staggering 28 days in a 55 day period between December 15 and February 22.

Commuters on the train today were surprised to see it pull into the station four minutes early – but have spoken out about their “horrendous” experiences.

Travellers said the subsequent trains which they are forced to board are often crammed and packed with people with many left standing for the entire 17-mile journey.

They claim Northern Rail representatives have repeatedly told them that the cancellations are due to unusual repairs to faulty trains.

Jonathan Blockley, 33, takes the train each morning to work and spends £60 a month.

He said it was “not surprising at all” that the report revealed the service was the most cancelled in the country.

Jonathan, from Horsforth, said: “I’m not surprised at all – it’s literally cancelled all the time.

“This year it’s been terrible, there was even a week where it just didn’t show up.

“It’s very annoying not to know because it means you can’t really plan ahead.

“They always say the same thing – the trains are going through an unusual amount of repairs – but that’s a lie, because it’s completely usual, it’s every day.”

Jonathan is a software engineer in Leeds and regularly gets into work earlier than necessary because he’s had to avoid the unreliable 7:13 service.

He added: “My experience is different each week and is completely dependant on which train I get on.

“The one after the 7:13, when it’s cancelled, is just awful because everyone is trying to get on and there’s no space.

“It’s a bit of a running joke here whether the train will come or not.

“I literally get into work extra early and put in extra effort just to avoid the trains after this one because it’s horrendous.”

Elies van Sliedregt, a law professor at the University of Leeds, takes the service from Harrogate into the city each morning but has slammed it for its costs relative to its service.

Elies, originally from the Hague, Netherlands, said: “With how much the trains cost it’s incredible how poor the service is. I’m not surprised or shocked it’s the most cancelled service because I barely ever see it.

“It’s so strange, you’re in such a beautiful place like Harrogate but the train service is like something out of the 1950s.

“It’s a joke that every day it’s like a lottery if the trains will run or not.

“It’s difficult if not impossible to plan your day because it’s just so complicated.

“The trains are the worst thing about this country.”

Another commuter who spends £160 a month on train fares was surprised to get on the train this morning as he always assumes the service will be cancelled.

John Hirst, 37, a software developer from Harrogate, said: “It’s not surprising at all this is the most cancelled service in the UK. I call it the unicorn train because it doesn’t exist.

“I usually get the later train because this one is almost always cancelled. It’s probably the most reliable aspect of the train.

“I just assume it doesn’t exist and my life is less stressful that way.

“It’s frustrating how inconsistent it is. I take the train ten times a week and it’s always a surprise.”

Another commuter slammed the private companies who run the train services as he claimed they have “no incentive” to improve.

Neil Holloway, 45, from Horsforth, said: “If you live in Horsforth you know about this service because it’s never here.

“The trains are an awful experience for people because they’re not run for the people, they’re run to make money for private companies.

“It’s not in the interest of the companies to improve the service because they know people will cram in because they have to.

“There’s no incentive to improve, people can’t just not show up to work.

“I feel a little blessed to be on this service now, I can’t believe it’s on time. But I believe they’re overcompensating now because of the report. Not only did it show up, it was four minutes early.”