The French president suggested an unvaccinated person is "irresponsible" and "not a citizen". 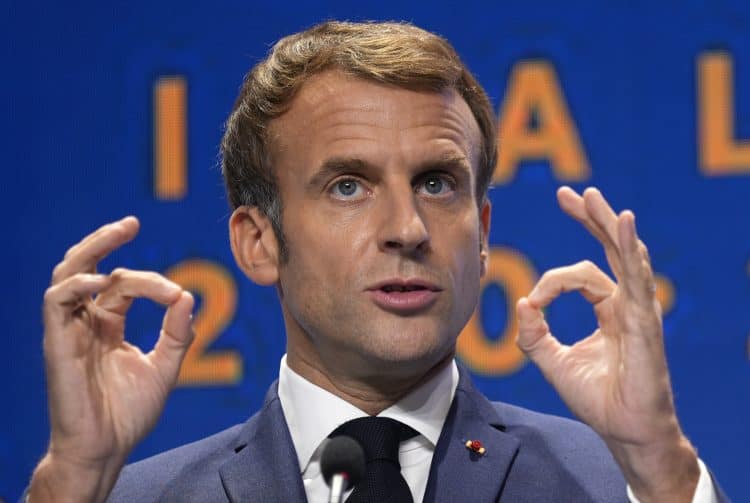 Emmanuel Macron has vowed to “piss off” people who have not had coronavirus jabs by making life progressively more difficult for them.

“I am not about pissing off the French people,” the president said in an interview with readers of daily Le Parisien on Tuesday. “But as for the non-vaccinated, I really want to piss them off. And we will continue to do this, to the end. This is the strategy.”

Macron’s comments came as France’s parliament debated new legislation that would mean only the fully vaccinated – no longer those with a negative Covid test – will qualify for the country’s health pass.

The pass, introduced in the summer, is mandated in France for access to indoor public places – like cafes, restaurants, cinemas, museums and so on – as well as to board long-distance trains and planes.

“In a democracy, the worst enemies are lies and stupidity,” Macron said. “We are putting pressure on the unvaccinated by limiting, as much as possible, their access to activities in social life.”

France has vaccinated close to 90 per cent of its eligible population, and it was “only a very small minority who are resisting. How do we reduce that minority? We reduce it – sorry for the expression – by pissing them off even more.”

Macron added that he was “not going to jail [the unvaccinated], or forcibly vaccinate them.”

Macron’s political opponents lined up to accuse the president – who is facing a reelection bid this year – of excessive language.

“No health emergency justifies such words,” Bruno Retailleau, head of the right-wing Republicans in the Senate, said. “Emmanuel Macron says he has learned to love the French, but it seems he especially likes to despise them.”

Marine Le Pen, leader of the far-right National Rally, said a president “should not say such things”, adding Macron was “not worthy of the office” and “turning the unvaccinated into second-class citizens.”

Related: ‘Patriotic’ Starmer vows to ‘make Brexit work’ if he wins the next general election