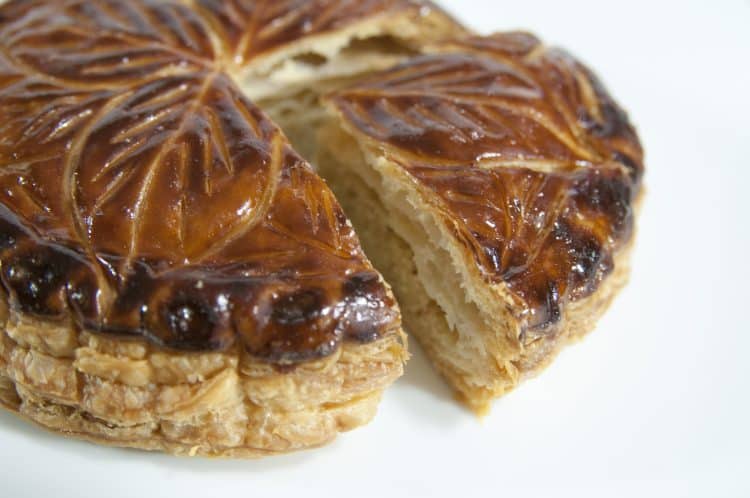 A puff pastry cake shrouded with religious symbolism, Galette des Rois is most commonly enjoyed on 6th January (Twelfth Night), corresponding to the moment in the Bible when the baby Jesus was presented to the three kings or Magi, who had arrived in Bethlehem bestowing gifts. Traditionally, the cake harbours a small charm (fève), a porcelain nativity figurine, which is hidden inside and the finder is crowned King or Queen of that family for the day. Dried broad beans are also commonly used as modern-day fèves. Ready-made versions are also typically accompanied by paper or cardboard crowns, to be worn by whoever finds the fève.

While various takes on the Galette des Rois are available, in France and other countries fond of the dish, the most famous iteration features puff pastry and a filling of frangipane, made with almonds, butter, eggs, and sugar. Although popular in France, it’s believed to have been invented by a Florentine nobleman, the Marquis of Frangipani, several centuries ago.

Some French bakeries serve Galette des Rois with embellishments such as apple, caramel, chestnut, and pistachio, while Gateau des Rois is popular in the south of France, featuring an orange blossom-flavoured brioche crown. In the United States of America, however, the dish is particularly popular in New Orleans and southwest Louisiana during Mardi Gras season, shaped like a crown and decorated with green, purple and gold sugar to represent the traditional colours of Mardi Gras. The Galette des Rois is also popular in Mexico, where it’s known as Rosca de Reyes: a bread shaped like a wreath and topped with candied fruits, often paired with hot chocolate.

This take on the classic Galette des Rois recipe features a puff pastry shell and a simple frangipane filling, using ground almonds, apricot jam, and a splash of Cognac. 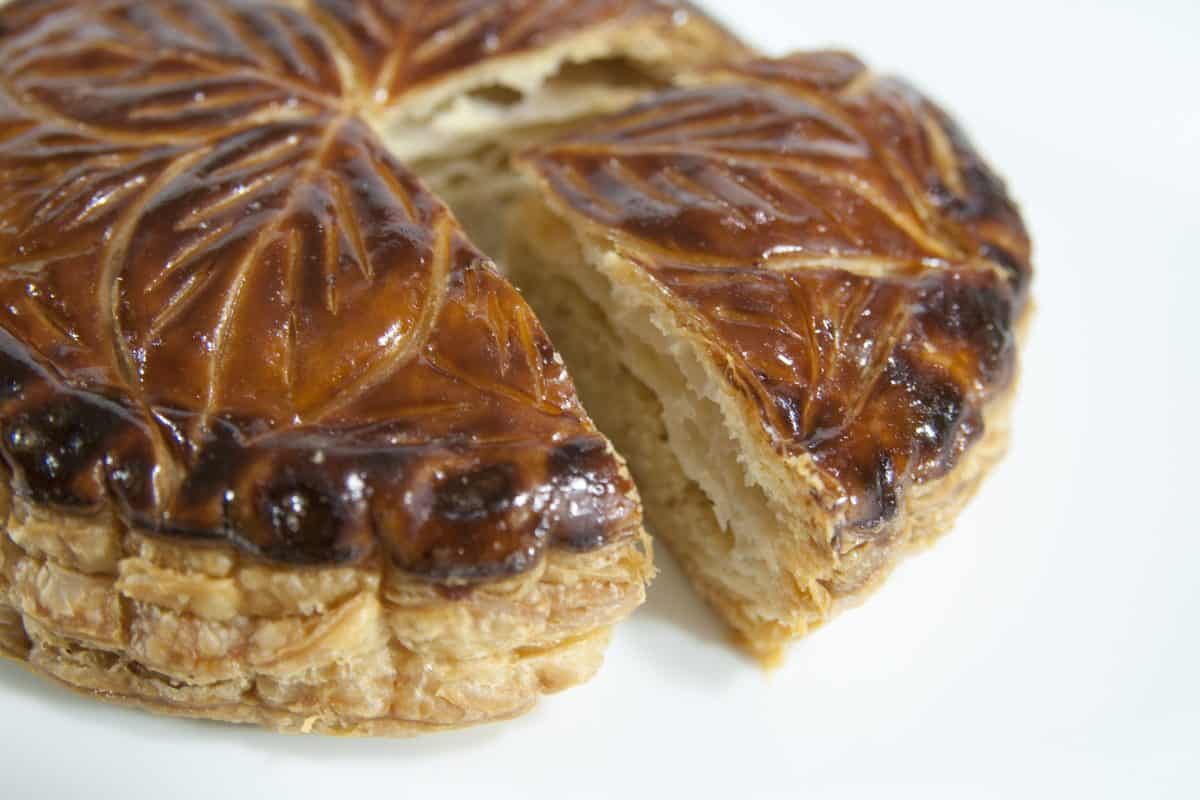 Related: How To Make: Marzipan