This comes the Trump administration carried out the first execution during a presidential lame-duck period in 130 years on Thursday. 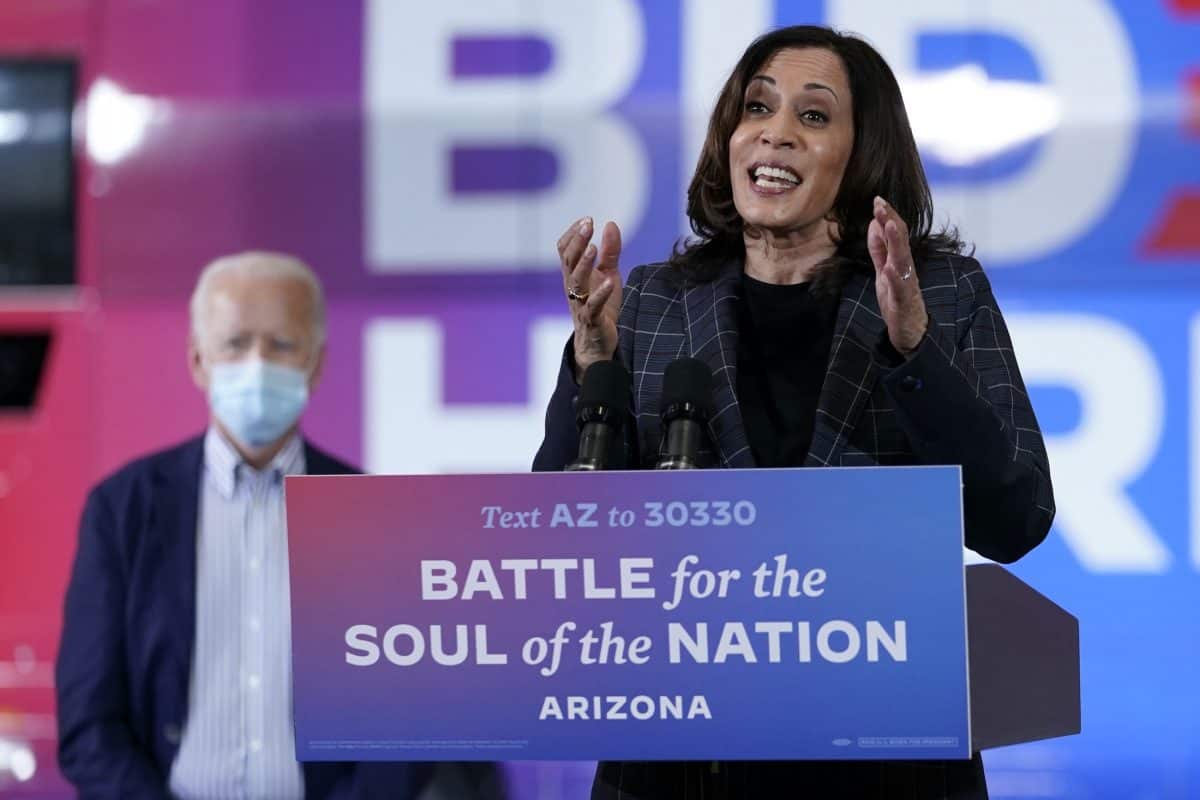 Time magazine has selected incoming US leaders Joe Biden and Kamala Harris as its 2020 Person of the Year. it comes as the Trump administration carried out the first execution during a presidential lame-duck period in 130 years

Time’s editor-in-chief Edward Felsenthal says Mr Biden and Ms Harris won the honour for “changing the American story, for showing that the forces of empathy are greater than the furies of division, for sharing a vision of healing in a grieving world”.

Felsenthal said: “Every elected President since FDR has at some point during his term been a Person of the Year, nearly a dozen of those in a presidential election year. This is the first time we have included a Vice President.”

Time’s other Person of the Year candidates were President Donald Trump; frontline health care workers and Dr Anthony Fauci; and the movement for racial justice.

Also on Thursday, Time named the Korean boy band BTS its Entertainer of the Year and named Los Angeles Lakers star LeBron James its Athlete of the Year.

The Trump administration carried out the first execution during a presidential lame-duck period in 130 years on Thursday, putting to death a Texas street-gang member for his role in the slayings of a religious couple from Iowa more than two decades ago.

The case of Brandon Bernard, who received a lethal injection of phenobarbital inside a death chamber at a US prison in Terre Haute, Indiana, was a rare execution of a person who was in his teens when his crime was committed.

Mr Bernard, 40, directed his last words to the family of the couple he killed, speaking with striking calm for someone who knew he was about to die.

“I’m sorry,” he said, lifting his head and looking at the witness-room windows.

“That’s the only words that I can say that completely capture how I feel now and how I felt that day.”

Mr Bernard was 18 when he and four other teenagers abducted and robbed Todd and Stacie Bagley on their way from a Sunday service in Killeen, Texas.

Federal executions were resumed by Mr Trump in July after a 17-year hiatus despite coronavirus outbreaks in US prisons.

Alfred Bourgeois, a 56-year-old Louisiana truck driver, is set to die on Friday for killing his two-year-old daughter by repeatedly slamming her head into a truck’s windows and dashboard.

Mr Bourgeois’ lawyers alleged he was intellectually disabled and therefore ineligible for the death penalty, but several courts said evidence did not support that claim.

Before Mr Bernard’s execution, Ms Kardashian West tweeted that she had spoken to him earlier: “Hardest call I’ve ever had. Brandon, selfless as always, was focused on his family and making sure they are ok. He told me not to cry because our fight isn’t over.”

And just before the execution was scheduled, Mr Bernard’s lawyers filed papers with the Supreme Court seeking to halt the execution.

But about two and a half hours after the execution was scheduled, the Supreme Court denied the request, clearing the way for the execution to proceed.

Federal executions during a presidential transfer of power are rare, especially during a transition from a death-penalty proponent to a president-elect opposed to capital punishment like Joe Biden.

The last time executions occurred in a lame-duck period was during the presidency of Grover Cleveland in the 1890’s.

The Justice Department refused to delay Thursday’s execution of Mr Bernard, another inmate on Friday and three more in January, even after eight officials who participated in an execution last month tested positive for the coronavirus.

The eight federal executions in 2020 already is more than in the previous 56 years combined.