Police officers dispersed the crowd with tear gas after representatives made a short statement. 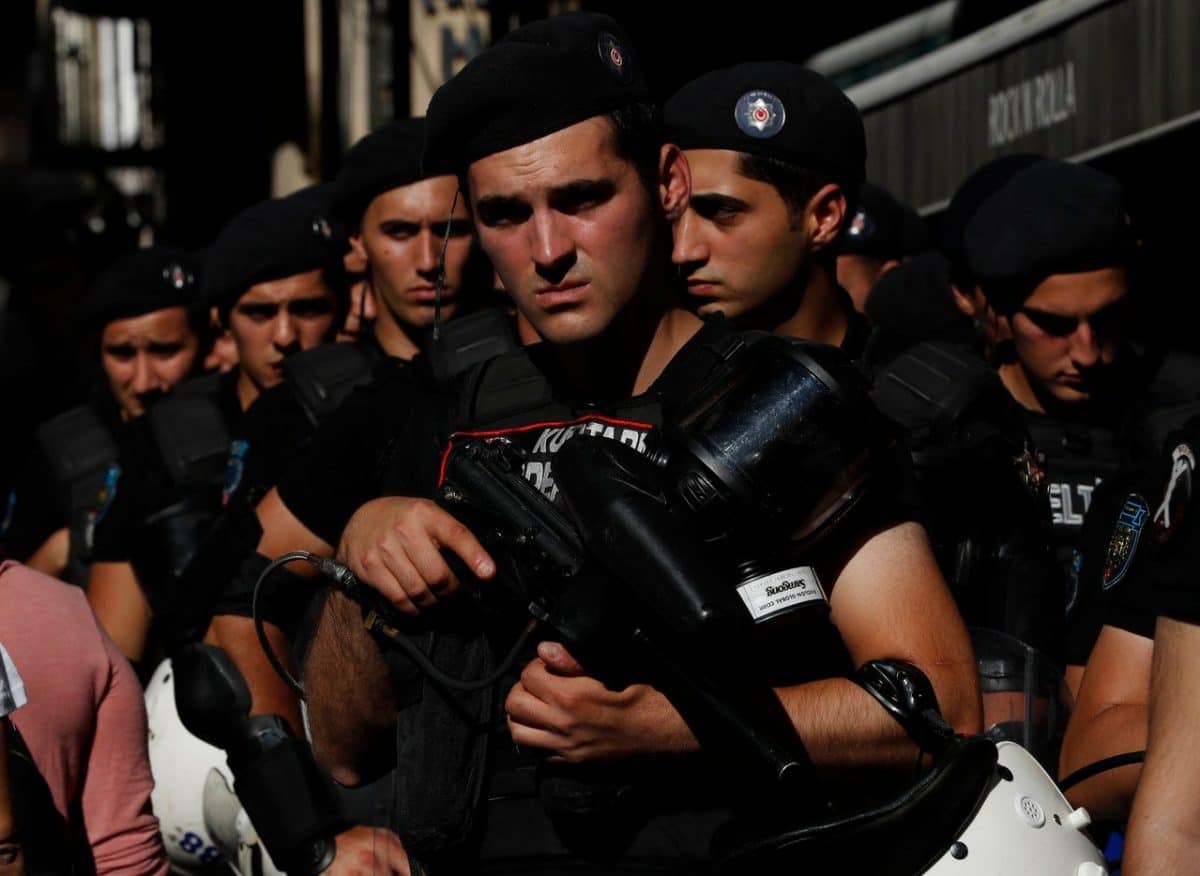 Activists gathered in Istanbul to promote rights for gay and transgender people before police dispersed the crowd at a pride event that Turkish authorities had banned for the fifth year.

The rally on a side street to Istanbul’s main pedestrian avenue drew several hundred people on Sunday, who cheered and waved rainbow flags.

Istanbul Pride organisers said the city’s governor’s office banned the march from central Taksim district as well as a square designated for demonstrations west of the city.

Police allowed representatives to make a short statement to the media before officers dispersed the crowd with tear gas, blocking the street. Police dogs were also at the scene.

The Istanbul Pride group said it would continue activism to get sexual orientation and gender identity recognised in Turkish laws.

Amnesty International had urged Turkey to lift the “arbitrary ban” on the pride march.

It said authorities rejected all suggested locations in the city by deeming the LGBT community “societally objectionable”.

Istanbul had up to 100,000 people attend a pride march in 2014 but police have blocked such marches since.

Though homosexuality has been legal in Turkey for decades, rights groups say discrimination is widespread.

The new mayor of Istanbul told a group of international journalists on Friday that any group should be free to demonstrate as long as protests do not disturb the peace.

Ekrem Imamoglu said he would discuss the reasons for the ban with relevant authorities.