BBC One will premiere Seven Worlds, One Planet later this year. 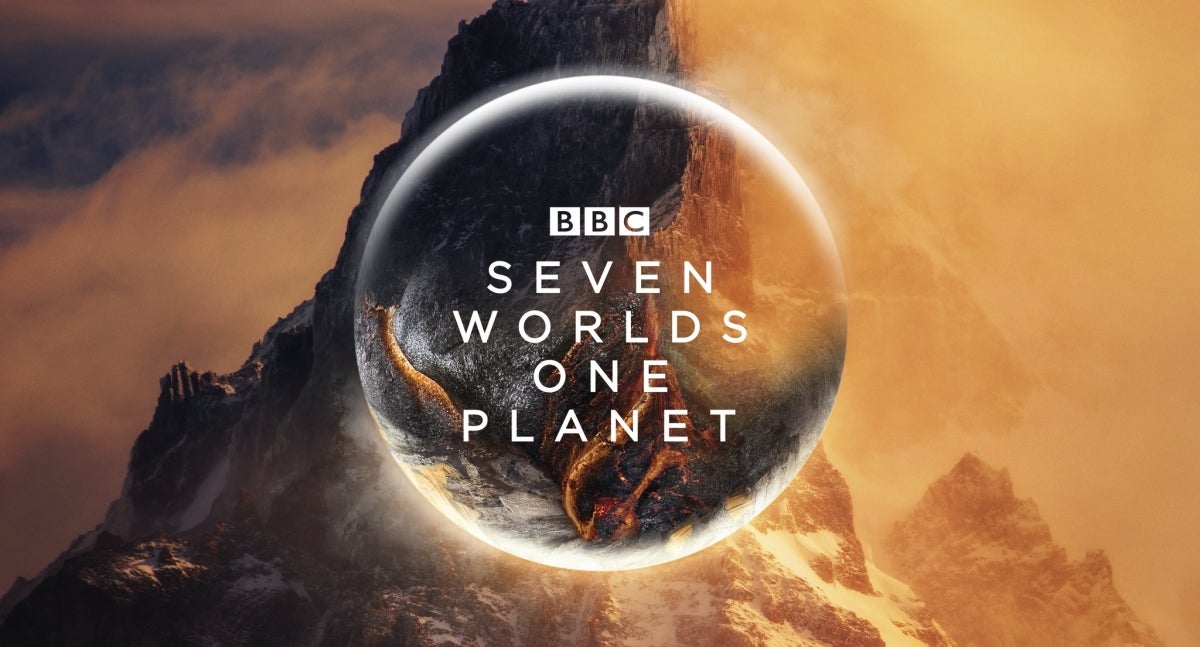 The broadcaster and naturalist introduced a four-minute prequel video to the huge crowds gathered ahead of Kylie Minogue’s performance at the festival, being held on Worthy Farm.

The extended trailer features a new song, Out There, from Australian singer Sia who has collaborated with composer Hans Zimmer on the track.

Sir David said of the upcoming series: “Seven Worlds, One Planet will resonate with audiences worldwide.

“We all belong to a continent after all, we all share planet Earth.

“I am delighted to introduce the latest work from BBC Studios’ Natural History Unit.”

The trailer begins with a shot of Sir David standing on a beach, looking out over rolling waves.

The 93-year-old’s distinctive voice can be heard saying: “Planet Earth has seven extraordinary continents, each one unique, each one full of life.

He continues: “This is the story of those seven worlds.

“We will see how life developed on each continent and so gave rise to the extraordinary and wonderful diversity we know today and we will see why this precious diversity is being lost”.

Sir David told the audience they had been listening to the sounds of ocean creatures featured on Blue Planet II.

“There was one sequence in Blue Planet II which everyone seems to remember,” Sir David said.

“It is one in which we showed what plastic has done to the creatures that live in the ocean. It had an extraordinary effect and now this great festival has gone plastic-free.”

He said this had saved more than one million plastic bottles of water from being drunk.

He also described how the oceans made up two-thirds of the planet, with the remaining third made up of seven continents.

The song Out There has been inspired by Planet Earth II, the BBC’s previous series also fronted by Sir David, and was composed by Sia, British songwriter Christopher Braide and Zimmer.

Sia said: “I was honoured to be asked to collaborate with Hans Zimmer for Seven Worlds, One Planet.

“The work this programme – and the Planet Earth series – does on behalf of our planet is essential and I’m proud to be a part of it.”

Zimmer added: “Sia is a real virtuoso and has a voice to match the power of her song writing. Out There is sublime and it was a joy for myself and the Bleeding Fingers team to bring it to life and give the Seven Worlds, One Planet prequel a soundtrack to complement the extraordinary imagery and voice of Sir David.”

Charlotte Moore, the BBC’s director of content, said: “We’re delighted to give the Glastonbury audience the first look at the prequel for Seven Worlds, One Planet.

“This is going to be an extraordinary series for BBC One fronted by Sir David Attenborough.

“The combination of cutting edge technology and unique insights into animal behaviours will give us a new perspective on the natural world.”

“To give him the main stage and make sure as many people heard him as possible was great,” she said.

“It was really quite emotional – I got quite teared up. I’m a big nature documentary fan. I’m really excited to watch it.”

“I’ve been coming for about 35 years and this year is really different because no more plastic bottles, lots more compost loos,” she said. “People are trying to use all the bins. Hopefully it’s on people’s consciousness.”

BBC Studios joined forces with festival organisers to celebrate the work of its natural history unit and in recognition of the festival banning single-use plastic bottles from the Somerset event this year, which has a focus of climate change and the environment.

BBC One will premiere Seven Worlds, One Planet later this year.

Politicians of 2022 have been ‘ripe for parody’ – Rosie Holt