The moon passed in front of the sun in a spectacular natural phenomenon on Boxing Day. 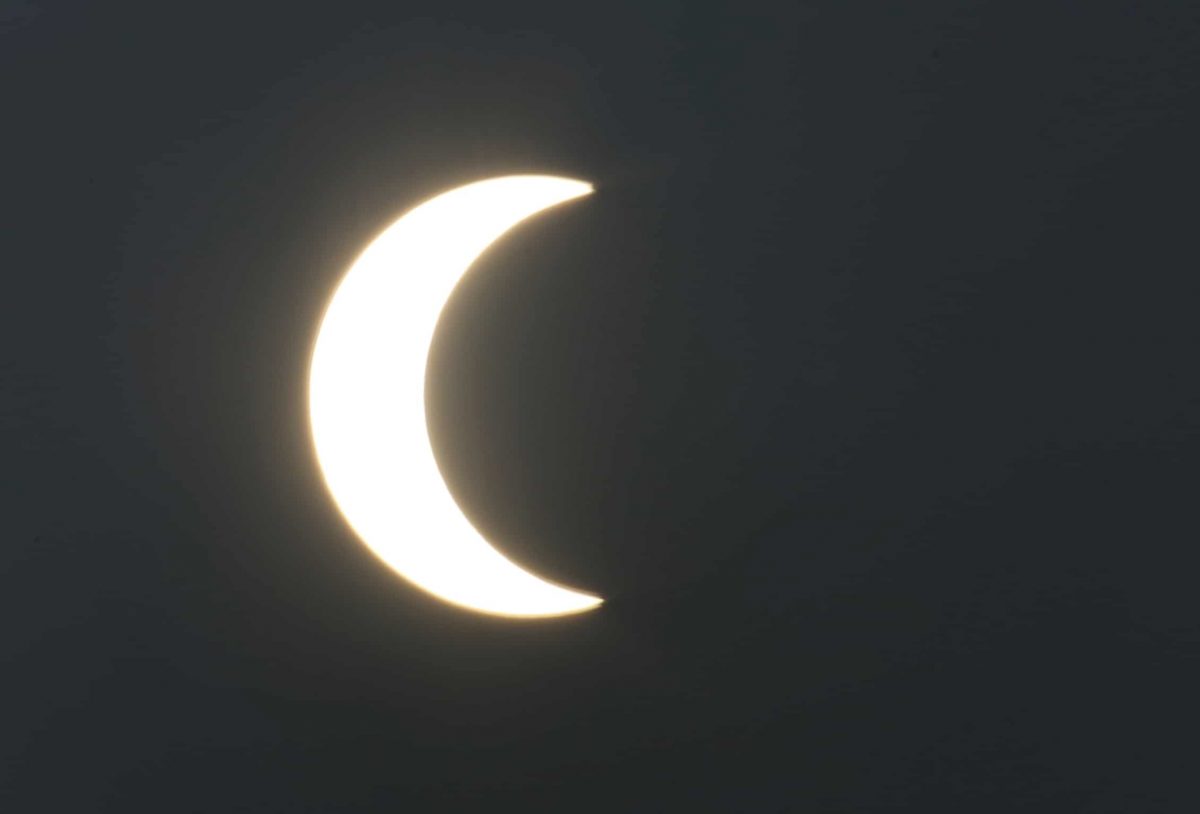 A partial solar eclipse is seen from Karachi, Pakistan, Thursday, Dec. 26, 2019. The last solar eclipse of 2019 was witnessed in Pakistan along with several other countries. (AP Photo/Fareed Khan)

People across Asia have witnessed a spectacular annular solar eclipse, which saw the moon pass in front of the sun to create a so-called “ring of fire”.

The phenomenon was visible from countries including India, Pakistan, Sri Lanka, Indonesia and Thailand.

The so-called annular eclipse, in which a thin outer ring of the Sun is still visible, could be seen along a path stretching from India and Pakistan to Thailand and Indonesia.

Thousands of people gazed at the sky and cheered and clapped as the sun transformed into a dark orb for more than two minutes, briefly plunging the sky into darkness. Hundreds of others prayed at nearby mosques.

“How amazing to see the ring of fire when the sun disappeared slowly,” said Firman Syahrizal, a resident of Sinabang in Indonesia’s Banda Aceh province, who witnessed the eclipse with his family.

The previous annular solar eclipse in February 2017 was also visible over a slice of Indonesia.