It's already been a busy day in America - one packed with symbolism. 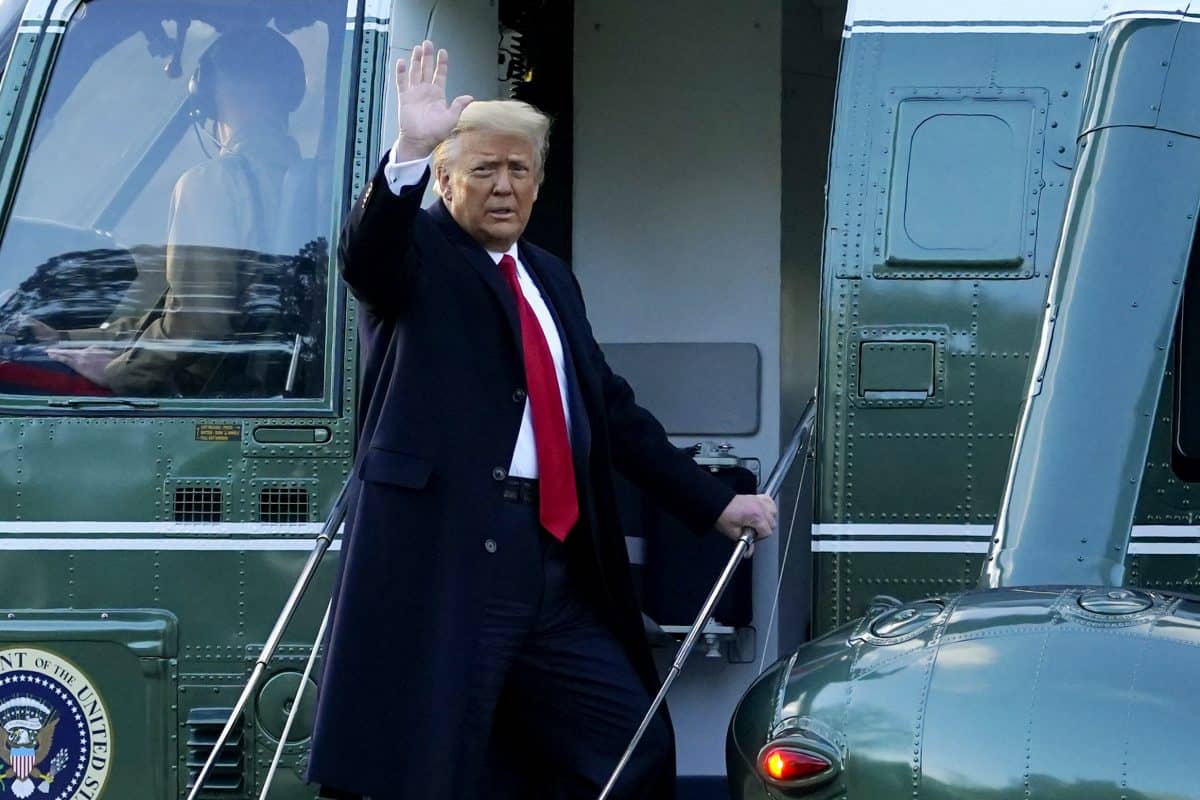 President Donald Trump waves as he boards Marine One on the South Lawn of the White House, Wednesday, Jan. 20, 2021, in Washington. Trump is en route to his Mar-a-Lago Florida Resort. (AP Photo/Alex Brandon)

To quote the soon-to-be 46th President of the United States, “it’s a new day in America”. We are just hours from Joe Biden’s inauguration, on the steps of the same US Capitol building that – two weeks ago to the day – was stormed by an angry mob of rioters, whipped into a frenzy by Donald Trump.

Trump himself has already left Washington, taking off in Air Force One to the strains of Frank Sinatra’s ‘My Way’. Biden, meanwhile, has been at church.

It’s already been a busy day in America – one packed with symbolism. Let’s take a look at some of the most striking pictures to emerge thus far.