Will average Brits outraged by Trump look away from America's inequity now that their pantomime villain has left the stage? 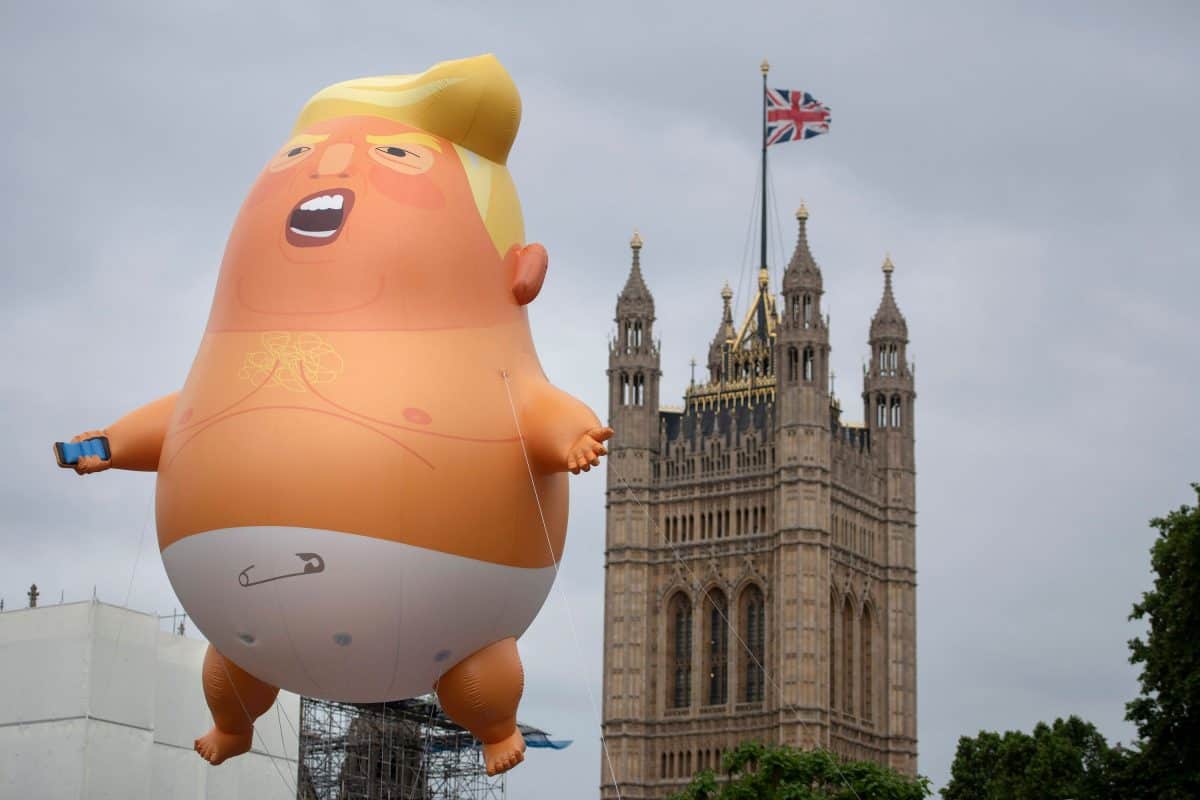 Donald Trump’s presidency has more or less bookended my adulthood. He won the 2016 election a few months after I left university, and was sworn in a couple of weeks after I started my first job – in which my brief was, you guessed it, to write about Donald Trump.

He turned my previously apathetic father into a political obsessive who subscribes to the Washington Post and the New York Times and posts lengthy, disbelieving Facebook statuses. This was a man so proudly uninterested in politics that he used to forego voting – yet there he was a few days ago, texting me in outrage at Lindsay Graham’s obsequiousness.

My mother – more Antiques Roadshow than ABC News – was so fired up by Trump that she took to the streets of Westminster to protest the president’s Muslim ban in 2017, sitting on a wall outside the Foreign Office brandishing a banner and chanting.

Trump has occupied an outsized space in the British psyche for the last four years. Few days have slid by without a ‘did you see what Trump said’ or a ‘can you believe he tweeted that’.

Much has been made of how Joe Biden will restore normalcy and decency to the Oval Office. That may well be true. But for Brits radicalised by Donald Trump, will the fever break? Will all the outrage that’s coursed through our veins fade away at 5pm this afternoon, when the pantomime villain finally heads for the exit?

It’s foolish to think that the forces Trump unleashed and legitimised are going anywhere any time soon, as the chaotic and catastrophic eleven weeks since his November election loss have shown.

Even after the violence of 6 January, he remains the face of the Republican Party. The morning after the storming of the Capitol, he was greeted with applause and praise on a GOP conference call. He is Republican voters’ overwhelming first choice to take on Biden – or Kamala Harris – in 2024.

For journalists too, Trump will still be a major driver of traffic. Photos of the former president playing golf with Rudy Giuliani will inevitably generate more clicks than President Biden’s budget negotiations. Trump has been a boon for the media outrage machine – he’ll be milked until there’s nothing left to give.

I’m willing to wager that this country’s national obsession with the outgoing president endures a while yet. Shorn of power – and thus the ability to damage and harm (through his policies, at least) – we may find ourselves turning to Mar-a-Lago for a bit of light relief as Biden goes about the arduous task of rebuilding America.

Whatever comes next for Trump, his departure will be framed many as the closing of a turbulent chapter in American history – and rightly so. But I hope, to employ a rather tortured analogy, that Brits don’t stop reading just because one particularly engrossing book has ended.

America’s inequities will not vanish when Biden is sworn in. They won’t be wiped out by a string of executive orders in his first 100 days, nor by a Democrat-controlled Congress.

Even after Trump, the country’s immigration system will remain grossly unfair. The US economy will still overwhelmingly favour the wealthy, its healthcare system will continue to cripple those who can least afford it. It will still be responsible for conflict, war and unrest at home and abroad. The death penalty will still exist, and law enforcement will still be institutionally prejudiced against people of colour.

What then? Will our ire be sustained just because the new president is capable of delivering a dignified speech? Will my parents still take to the streets and raise their voices with Trump brushed under the carpet and ‘decency’ restored to the White House?

Or will we turn away – eyes to the ground, uninterested, apathetic – now that our bête noire is banished? Let’s hope not.