Downing Street said the World Health Organisation had an ‘important role to play’ in tackling the coronavirus pandemic. 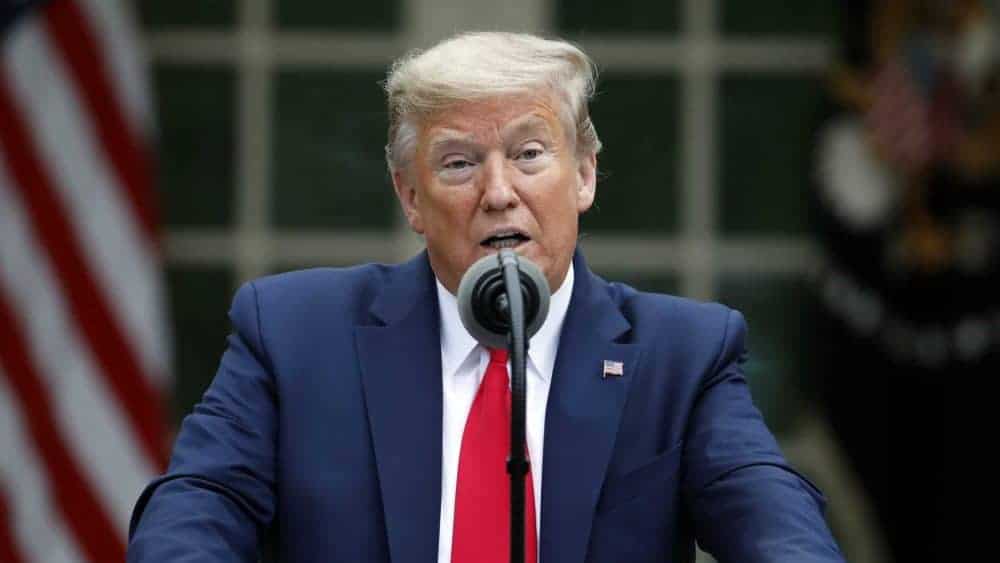 Donald Trump’s decision to halt US funding for the World Health Organisation over its handling of the coronavirus pandemic has been condemned by UK-based experts.

The US president accused the international body of “severely mismanaging and covering up” the spread of the virus.

But Downing Street said the organisation was playing an important role in tackling the spread of the virus, and scientists hit out at the “short-sighted” move.

Mr Trump said his administration would suspend funding of up to £400 million (500 million US dollars) a year for the organisation.

He said US taxpayers are the largest contributors to the WHO, dwarfing the amount paid by China.

Mr Trump claimed the WHO had made a “disastrous” decision to oppose travel restrictions from China, but the president said his actions in ignoring that advice had saved “untold numbers of lives”.

He has previously accused the United Nations’ health agency of being “China-centric”.

Downing Street defended the WHO’s role and said the UK was not planning to follow Mr Trump’s lead.

The Prime Minister’s official spokesman said: “Our position is that the UK has no plans to stop funding the WHO, which has an important role to play in leading the global health response.

“Coronavirus is a global challenge and it’s essential that countries work together to tackle this shared threat.”

Asked if the Government was disappointed by Mr Trump’s move, the spokesman said: “I can only set out the UK’s position and that is we have no plans to stop funding the WHO.”

The UK’s funding for the organisation was based on an assessment of what it needed, something that was kept under review but was not affected by other countries’ decisions, the spokesman said.

The Government “wants to see the WHO continue to learn lessons on how to improve its response to global health emergencies” and the spokesman called for “transparent and accurate” information about the virus.

“We want to work with all parts of the international community – including China – to ensure a joined-up response to the pandemic.”

But scientists railed against Mr Trump’s actions and stressed the need for international co-operation in tackling Covid-19.

Dr Stephen Griffin, associate professor at the University of Leeds School of Medicine, said: “This most recent intervention in public health policy by President Trump is perhaps one of the least productive, most short-sighted, self-motivated and hypocritical acts I have ever witnessed.

“As far as I can ascertain, it has no foundation in reality.

“I suspect this move has the support of precisely 0% of the US scientific and healthcare communities, and, I would hope, only a small minority of the population as a whole.”

Professor David Heymann, an infectious disease specialist who led the global shutdown of Sars in the early 2000s, said: “Being an American, I’m very unhappy that the United States would not be providing funding to a multilateral organisation as important as WHO.

“That’s my own personal view, I’m very disappointed if that does occur.”

Peter Piot, director and professor of global health at the London School of Hygiene and Tropical Medicine said: “Halting funding to the WHO is a dangerous, short-sighted and politically motivated decision, with potential public health consequences for all countries in the world, whether they are rich or poor.”

Dr Gail Carson, a consultant in infectious diseases from Oxford University, said: “Let’s hope President Trump and the review team realise quickly that now is not the time for division and potentially weakening the UN authority on health who are busy coordinating the global response to the pandemic.”

Shadow foreign secretary Lisa Nandy said: “This pandemic has exposed our international interdependence like never before.

“The right response is more, not less, co-operation.

“International institutions will only ever succeed with progressive global leadership, not cynically trying to shift the blame.”

Liberal Democrat foreign affairs spokesman Alistair Carmichael said: “Trump’s decision to halt funding for the World Health Organisation at this moment is a dereliction of duty and puts lives at risk around the world.”

Related – As pandemic spreads – Trump halts US payments to WHO