The voter-approved reforms means same-sex couples do not enjoy some significant rights available to other couples. 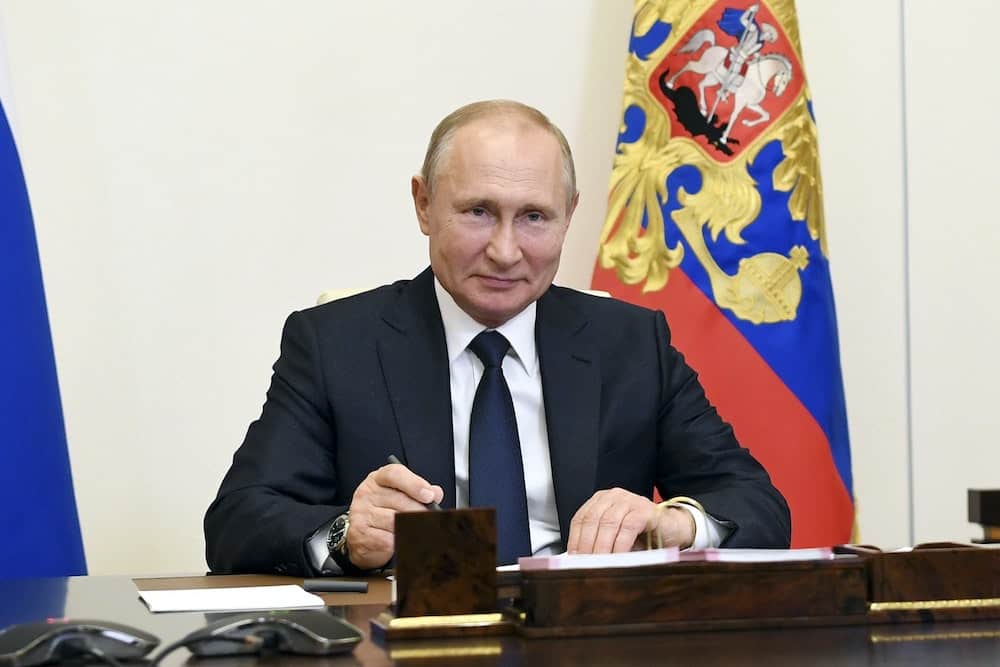 Same-sex couples in Russia are frustrated by a recent constitutional amendment stipulating that marriage is between a man and a woman.

The July 1 decision by voters to approve a series of constitutional proposals means they will not be allowed rights common for married couples.

These include the right to refuse to give evidence against their partner in court, the right to automatically inherit from each other, and the right to see each other in hospitals that only allow visits by family members.

I planned this child

“I want to have the same legal rights for the child,” Anastasia said as Dorian played in her lap in their St Petersburg apartment.

“I planned this child.

“We went all the way of the pregnancy and the childbirth together, and now, I am 100%, 200% involved in the process of upbringing, and I consider him mine,” she said.

In 2012, the Moscow city government ordered that gay pride parades be banned for the next 100 years.

Attacks on the gay community persist.

Last summer, the murder of Yelena Grigoryeva, an LGBT activist in St Petersburg, made national headlines.

Dozens of other activists received death threats from an obscure anti-gay group that claimed responsibility for the killing of Ms Grigoryeva, who was stabbed repeatedly and showed signs of strangulation.

In 2017, reports of extrajudicial arrests, torture and killings of gay men in the republic of Chechnya drew international condemnation.

Last year, Andrei Vaganov and Yevgeny Yerofeyev, a couple raising two adopted children, had to flee Russia after a doctor reported them to police and authorities opened a criminal case.

Adoption by same-sex couples is banned in Russia, but Mr Vaganov had applied as a single father.

Max Olenichev, a lawyer with the Coming Out gay rights group, said there are instances of tolerance by some courts.

He said he has worked on seven custody cases in which judges refused to take away custody, saying that sexual orientation does not play a role in a child’s upbringing.

But he is concerned that the constitutional changes will encourage anti-gay views.

Previously, “the state had to create equal opportunities for all people that live in Russia, both for LGBT people and non-LGBT people. When these amendments come into effect, then in fact the state will only support conservative values and promote them. LGBT people will be left behind”, he said.

“Our society really looks up to what the government does, so any kinds of public actions promoting homophobia, transphobia, biphobia, many people may perceive as a call for action.

“And we believe that there will be more hate speech and hate crimes, and that LGBT people will suffer more violence,” Mr Olenichev said.

Pyotr Tolstoy, a parliament member who supported the changes to the constitution, says Russia is “a stronghold of traditionalism,” reflecting the widespread view that the country is under siege from decadent foreign influences.

The amendments will allow Russia “not to repeat the mistakes that exist in the West”, he said.

“These mistakes, in my opinion, are fundamental, when certain people, the LGBT community or certain race groups, are being given additional, special rights.

“More rights than the majority.”

President Vladimir Putin has rejected criticism of the constitutional amendments and the gay propaganda law.

He said that in some countries, “criminal law provisions still exist under which people of nontraditional sexual orientation can be persecuted criminally, as it was in the Soviet Union. We don’t have anything similar to that”.

Mr Putin’s remarks came after passage of the amendments package, which also allows him to seek two more terms in office.

Mr Tolstoy, who is a deputy speaker in the lower house of parliament and heads the Russian delegation to the Parliamentary Assembly of the Council of Europe, rejects the idea that the provision outlawing same-sex marriages in the constitution promotes intolerance.

“In our country, people are tolerant to all communities, as long they don’t demand any special rights,” he said.

For Irina and Anastasia Lagutenko, it is not about any kind of special rights.

Anastasia says she just wants basic rights given to every parent — the “reassurance” that she is “a lawful parent, like parents in a traditional family”.

“When you have a legal right for a child, you feel safe,” she said.

“I want people who think that families like ours don’t exist to see us — (to see) that our family is complete, we have an excellent child, and to accept this fact,” Irina said.

“We don’t have a fear of living in the open and we won’t hide, because we are the same people and we have the same rights.”