Police have fired tear gas to try to disperse a demonstration in Hong Kong as protesters took over streets in three parts of the Asian financial capital, blocking traffic and setting up another night of likely showdowns with riot officers. 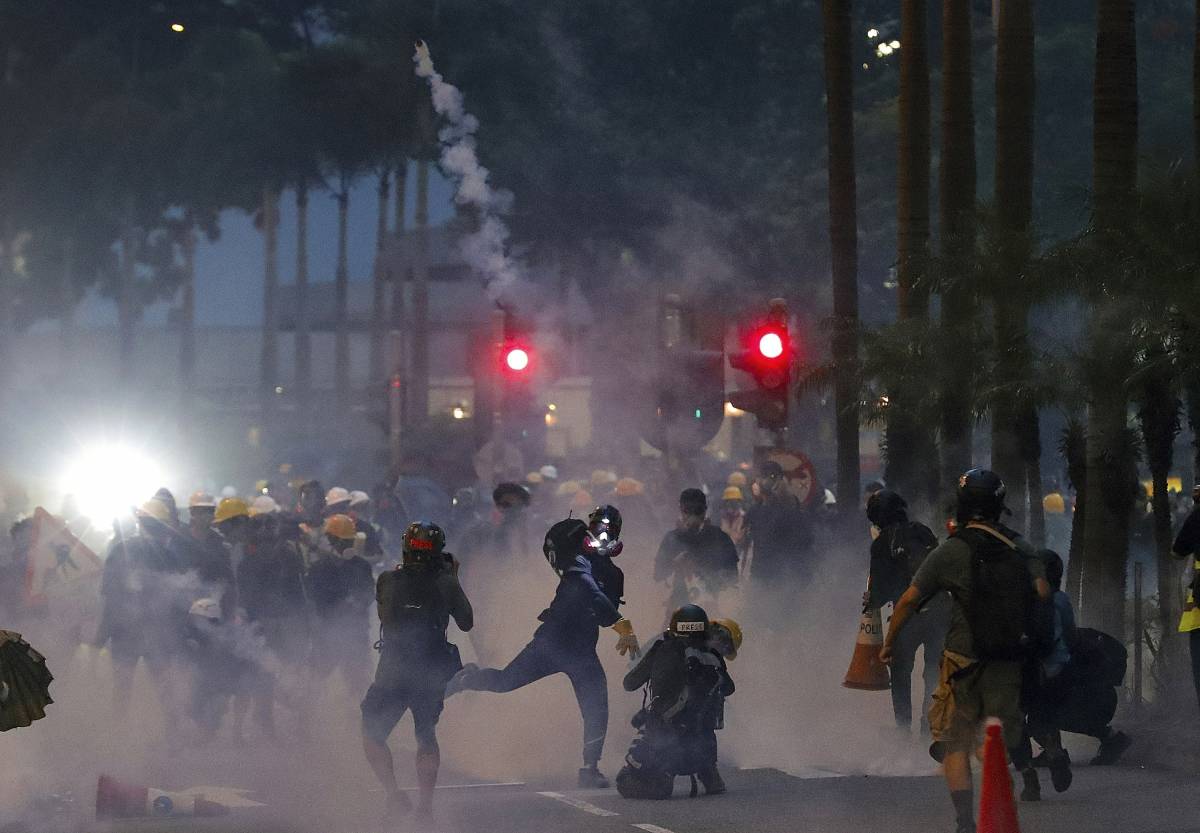 Hong Kong has seen nine weeks of rallies with no end in sight.

Nearby, protesters wearing gas masks gathered outside a police station in Cheung Sha Wan, as officers wearing their own protective gear looked down at them from a tall wall around the station.

Tear gas was also deployed in central Hong Kong on both sides of Victoria Harbour, in the Tsim Sha Tsui area on the Kowloon side and in Wan Chai on Hong Kong Island.

Across Victoria Harbour, a large group of mostly young protesters marched down the middle of Hennessey Road, a main shopping street in the Causeway Bay area, as a rally was held in nearby Victoria Park.

Many wore face masks to shield their identities, and a few had helmets. Others just carried backpacks over the black T-shirts that have become their uniform.

“We hope the world knows that Hong Kong is not the Hong Kong it used to be,” said one protester, Louisa Ho. “China is doing more and more to pressure Hong Kong, its people and its organisations.”

Hong Kong has seen nine weeks of protests with no end in sight. The movement’s demands include the resignation of the city’s leader, democratic elections, the release of those arrested in earlier protests and an investigation into police use of force against the protesters.

Banners at the rally in Victoria Park read “Give Hong Kong back to us” and “Withdraw the evil law,” the latter a reference to an extradition bill that was the original spark for the protests. A large crowd sat under umbrellas, which are both a protest symbol in Hong Kong and protection from the summer heat.

Hannah Yu, an organiser, said the protest would provide a platform for people to rally peacefully. In what has become an established pattern, groups of protesters have taken over streets or besieged government buildings after largely peaceful marches and rallies earlier in the day.

“There will still be citizens going out on the streets to protest, but we cannot control them and we do not have the authority to control them,” Ms Yu said.

Police permitted the rally in Victoria Park but denied a request by organisers to also have a march in the eastern part of Hong Kong Island. Police also denied permission for the march in Kowloon, but protesters went ahead anyway.