Three people died and four others were infected in the West African nation, and neighbouring Sierra Leone and Liberia have put their citizens on high alert. 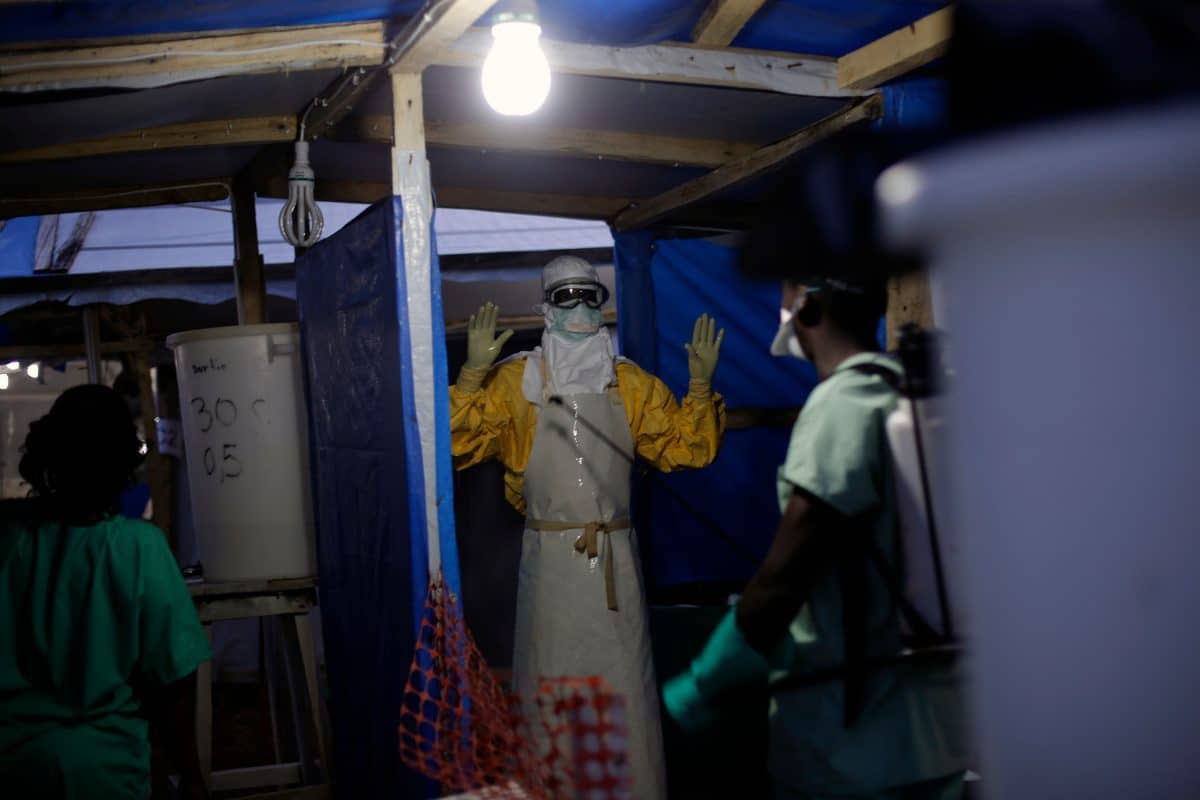 Guinea has officially declared it has an Ebola epidemic after at least three people died and four others were infected in the West African nation, and neighbouring Sierra Leone and Liberia have put their citizens on high alert.

The three West African nations battled the world’s deadliest Ebola outbreak from 2014 to 2016, which began in Guinea and in which more than 11,300 people died.

The sick had participated in the burial of a nurse on 1 February in Gouake, according to Guinea’s minister of health Remy Lamah, who added that the first investigation counted seven cases, all of people over the age of 25, including the two women and one male who have died.

“The government reassures the population that all measures are being taken to stem this epidemic as quickly as possible. It invites the populations of the affected areas to respect hygiene and prevention measures and to report to health authorities in the presence of suggestive signs,” Mr Lamah said in the ministry statement.

The epidemic was declared after a crisis meeting on Sunday. All suspected cases have been isolated in N’Zerekore and Conakry, the capital. Investigations have begun, a treatment centre has opened and supplies have been sent to the region.

Traditional funerals in which people wash and touch the body of the deceased facilitate the spread of Ebola. It usually jumps to humans from infected animals, such as bats, and then spreads between humans via direct contact with bodily fluids.

Sierra Leone has activated emergency response systems and heightened surveillance for Ebola at the already closed border with Guinea, it said.

International humanitarian and medical organisations are also racing to help prevent further spread of the virus. The World Health Organisation (WHO) has said it is working to be sure that vaccines developed during the 2014 to 2016 outbreak will be readily available as quickly as possible.

Last month, the WHO said it was creating a global emergency stockpile of about 500,000 doses of the Ebola vaccine to help stamp out future outbreaks, but only 7,000 were available at the time of the statement.

“Time is of the essence. The resurgence of the virus in Guinea comes at the worst possible time when the country is already facing the Covid-19 pandemic,” Mohammed Mukhier, the International Federation of Red Cross and Red Crescent Societies’ regional director for Africa said, adding there is hope with scientific advances.

“Unless the response is swift, the health, economic and social impacts are likely to be immense for millions of people in a country with a relatively weak health system, and where more than half of the population lives below the poverty line.”

Guinea’s announcement comes more than a week after eastern Congo confirmed it has four cases of Ebola. The outbreaks in the two countries are not linked.