Coronavirus cases have now fallen across nearly 95 per cent of local authorities in the UK. 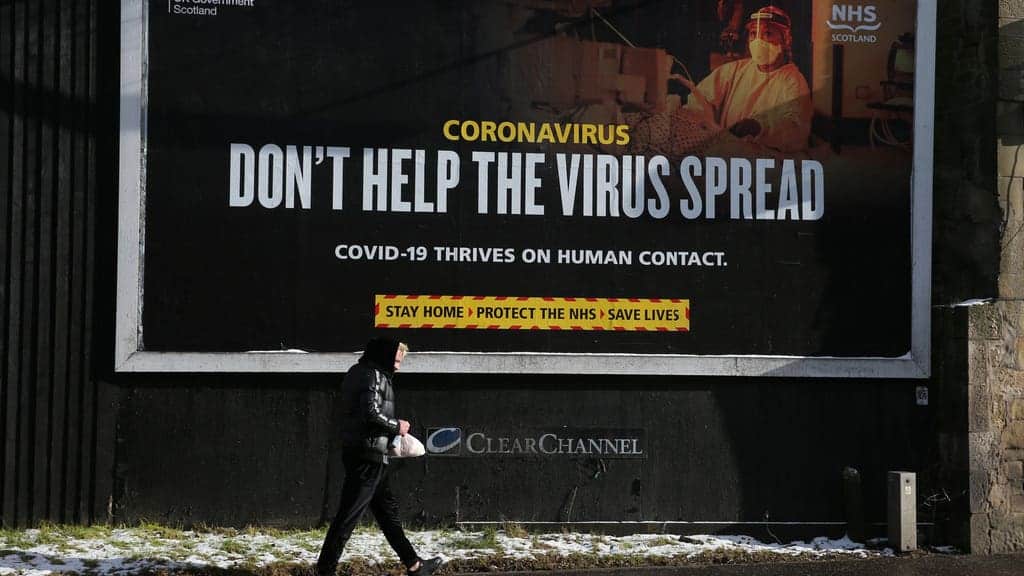 The UK has recorded the lowest daily death toll this year and the lowest number of new infections since October 2nd.

A total of 230 deaths were recorded with 9,765 new cases in the 24 hours to Monday, official figures showed.

Last Monday, the national death toll rose by 333 and 14,101 new infections were recorded.

Monday death tolls have typically been lower throughout the pandemic due to weekend reporting lags.

Today’s figures also showed more than 15.3million have received a dose of a coronavirus vaccine.

Earlier today it was revealed that coronavirus case rates have fallen across nearly 95 per cent of local authorities in the UK.

Of the 380 local authorities areas across the UK, only 23 (6 per cent) have seen a week-on-week increase in case rates compared with 354 (93 per cent) where the rates have fallen.

The highest case rate in the UK was in Corby, Northamptonshire, with 277 new cases recorded in the seven days to February 10 – the equivalent of 383.6 cases per 100,000 people.

The figures, for the seven days to February 10, are based on tests carried out in laboratories (pillar one of the Government’s testing programme) and in the wider community (pillar two).

The rate is expressed as the number of new cases per 100,000 people.

Data for the most recent four days (February 11-14) has been excluded as it is incomplete and does not reflect the true number of cases.

All the figures have been calculated by the PA news agency based on Public Health England data published on February 14 on the Government’s coronavirus dashboard.

The three areas recording a week-on-week rise were:

All of the 11 local areas in Northern Ireland have seen a drop in case rates.