“I did my test for coronavirus. The test was negative. Why do I need to stay in my room?” 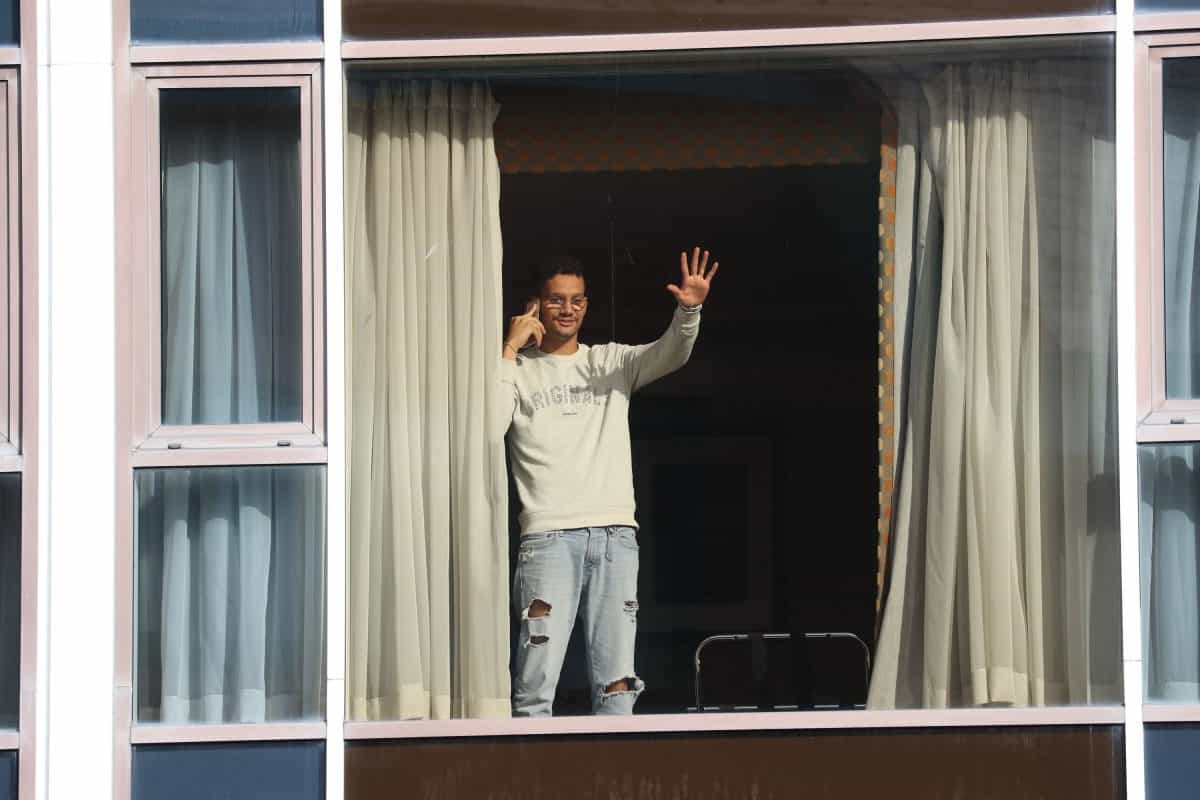 Some of the first guests to check into quarantine hotels have expressed their frustration at tougher border rules.

UK and Irish nationals and UK residents returning to England from a country deemed at high risk for Covid-19 must now self-isolate in hotels. The rule applies to people returning to Scotland from any destination.

One traveller quarantining at the Radisson Blu Edwardian hotel near Heathrow Airport said he was “feeling sad” at the prospect of isolating for 11 nights.

Speaking to the PA news agency over the phone, delivery driver Roger Goncalves, 23, who lives in London, said: “I did my test for coronavirus. The test was negative. Why do I need to stay in my room?”

He explained he had tried to fly back from Brazil last week – before the requirement to quarantine in a hotel was in place – but his airline cancelled his flight. He described the £1,750 cost of staying in the hotels as “crazy”.

Asked how he will spend the time in his room, Mr Goncalves said he would “watch TV, watch Netflix”. Another traveller who checked into the hotel on Monday was Zari Tadayon, 66, from north London, who had been in Dubai to attend to “legal matters”.

She said: “I feel horrible because I live here, I have my own individual home, and also I have some medical issues which I was hoping they would consider that. How I’m going to cope I don’t know. It’s going to be tough. I’m not prepared. I didn’t bring books and stuff.”

Travellers arriving in England must quarantine in a hotel if they have been in one of the Government’s 33 “red list” countries – which covers Portugal, the United Arab Emirates, South America and southern Africa – in the past 10 days.

The UK has banned direct flights from those locations, so passengers must take connecting flights, mixing with passengers from countries not on the list.

Labour MP Yvette Cooper, who chairs the Commons Home Affairs Committee, said the Government is “at risk of undermining its own quarantine policy”. She went on: “The whole point of these measures is to prevent new variants from spreading – but that won’t happen if there are still too many holes in the system.”

The Prime Minister’s official spokesman defended the arrangements, stating that the Government is “working closely with airlines and carriers who are ensuring that the flights they provide are Covid secure”.

He went on: “In UK airports there are different processes for if you come from a red list country, or if you don’t”, such as a “separated baggage reclaim section”.

Transport Secretary Grant Shapps said last week that the number of people returning from “red list” countries “probably comes to less than 1,000 a day”. Passengers arriving at airports are being escorted by security personnel to coaches which take them to nearby hotels.

Heathrow raised fears over the weekend about “significant gaps” in the programme, but a spokesman said its implementation “came into effect successfully” with queues at the border “currently less than an hour long”, compared with nearly five hours in recent days.

People required to enter the quarantine hotel programme must enter England or Scotland through a designated airport and have pre-booked a package to stay at one of the Government’s managed facilities.

Related: Guinea declares its Ebola outbreak is an epidemic