Demonstrators forced their way into Amazon offices in northern Paris. 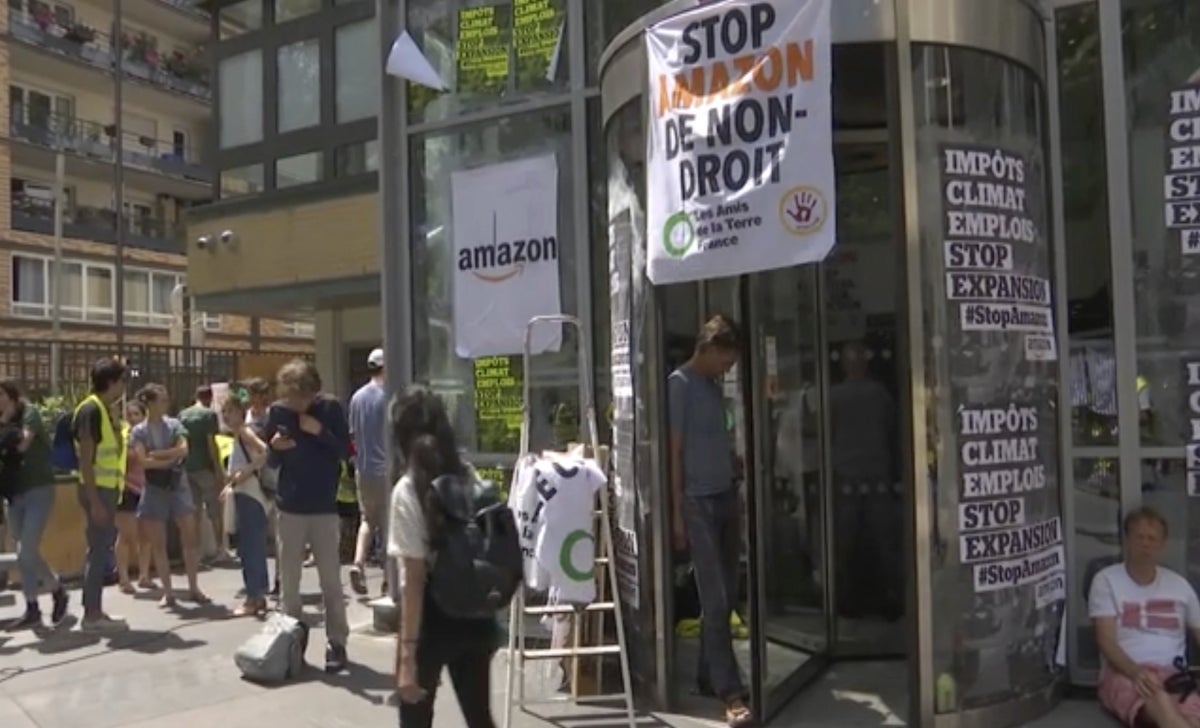 Environmental activists have chained themselves to gates and turnstiles as they occupied an Amazon building near Paris, accusing the online company of destroying jobs and hurting the planet.

Protesters also disrupted Amazon sites in the southern city of Toulouse and the northern city of Lille, hoping to inspire similar action in other countries.

The company has come under pressure elsewhere over its environmental impact, including from its own employees in the US.

Several dozen demonstrators climbed a fence and forced their way into Amazon offices on Paris’s northern edge, staging a sit-in in the courtyard and entry hall of the premises.

Employees were allowed to leave the building, but were not allowed back inside.

The activists, mostly student volunteers in their 20s, said they chained themselves to the gates and the turnstiles inside. Outside, some played football, listened to music, and said they were gearing up to spend the night if needed. Some wore yellow vests.

Protest organisers called on the government to block authorisation for three new Amazon warehouses set to open around France.

They accuse the company of killing jobs in local businesses, not paying enough taxes and exacerbating climate change because of the emissions used in transporting its huge volume of goods.

“We accuse Amazon of making things worse in terms of over-production and climate change,” notably through massive imports of electronic goods and clothes sold online, whose transport increases carbon emissions, said Alma Dufour of Friends of the Earth.

“I think we’ve reached a point where we could win the cultural fight against Amazon in France and it will be an example for other countries,” she told the Associated Press,

Climate activism is on the rise in France and the French government has led efforts to push Amazon and other online companies to stop using tax havens.

But Amazon is continuing to grow its footprint here, adding three new warehouses to five existing ones.

Amazon France said it is creating 1,800 new jobs this year in France and working for ways to reduce its environmental impact through smaller, more recyclable packaging and investing in solar and wind energy.