A non-profit run by Mr Bannon received $1m of funding from the campaign, according to the indictment 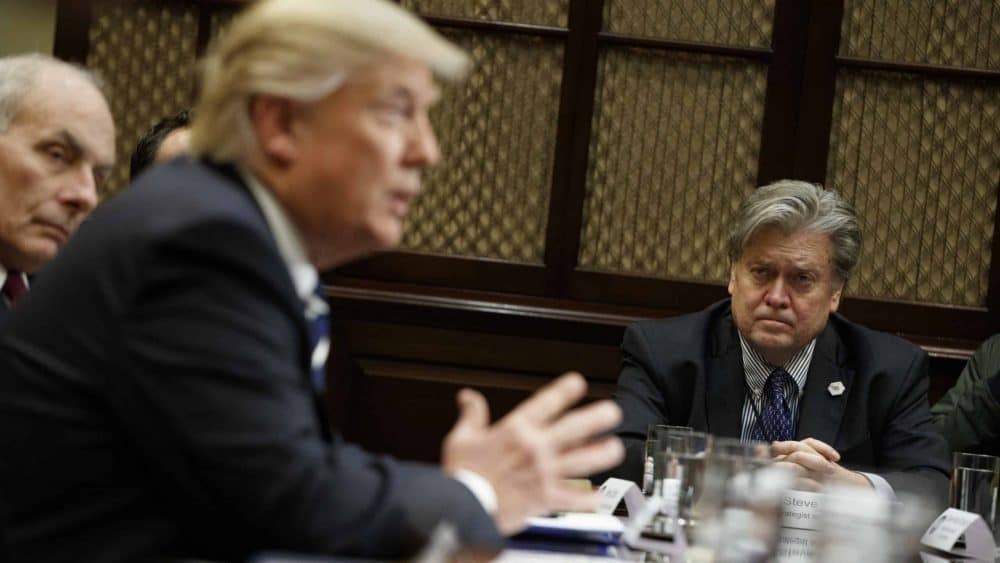 Steve Bannon – a former top adviser to Donald Trump – has been charged with defrauding hundreds of thousands of fundraisers who donated more than $25 million to a crowdfunding campaign to raise money for a wall on the US-Mexico border.

Bannon, 66, was one of the architects of Trump’s 2016 election victory – and has sought to champion nascent nationalist leaders across the world. He was arrested on Thursday morning, alongside three others involved in the ‘We Build The Wall’ campaign.

The group told donors the money it raised would be spent helping to construct a wall along the southern border of the US – arguably the signature pledge from Trump’s election victory.

‘Used to fund his lavish lifestyle’

Prosecutors in the southern district of New York said that Bannon and the other defendants – Brian Kolfage, Andrew Badolato and Timothy Shea – instead schemed to divert hundreds of dollars for their own gain.

‘We Build The Wall’ was started in 2018 as a GoFundMe page by Kolfage, a military veteran who has railed against terrorists and drug dealers crossing the US-Mexico border. By spring 2019, the campaign had raised $22 million of its $1 billion fundraising goal.

Bannon reportedly vowed that 100 per cent of the donated money would be used for the project – but he and the other defendants instead siphoned it off, using faked invoices and sham ‘vendor’ arrangements to hide what was happening.

Audrey Strauss, the acting US attorney for the southern district of New York, said: “While repeatedly assuring donors that Brian Kolfage, the founder and public face of We Build the Wall, would not be paid a cent, the defendants secretly schemed to pass hundreds of thousands of dollars to Kolfage, which he used to fund his lavish lifestyle.”

Philip Bartlett, inspector in charge, said: “As alleged, not only did they lie to donors, they schemed to hide their misappropriation of funds by creating sham invoices and accounts to launder donations and cover up their crimes, showing no regard for the law or the truth.”

“This case should serve as a warning to other fraudsters that no one is above the law, not even a disabled war veteran or a millionaire political strategist,” he added.

The indictment was contained in an indictment unsealed in Manhattan federal court. Bannon is due to appear in front of a federal judge in New York later today.

Before he was chosen to lead Donald Trump’s 2016 presidential campaign in its critical final months, Bannon led the conservative Breitbart News.

After Trump was elected, he moved to the White House as the president’s chief strategist. Blunt-spoken and combative, he pushed Trump to follow through on some of his most contentious campaign promises – including his travel ban for some foreigners and his decision to pull out of the Paris climate change agreement.

But he also clashed with other top advisers, and his high profile reportedly irked the president, leading to his ouster in 2017.