The trial marks just the third time the Senate has weighed whether an American president should be removed from office. 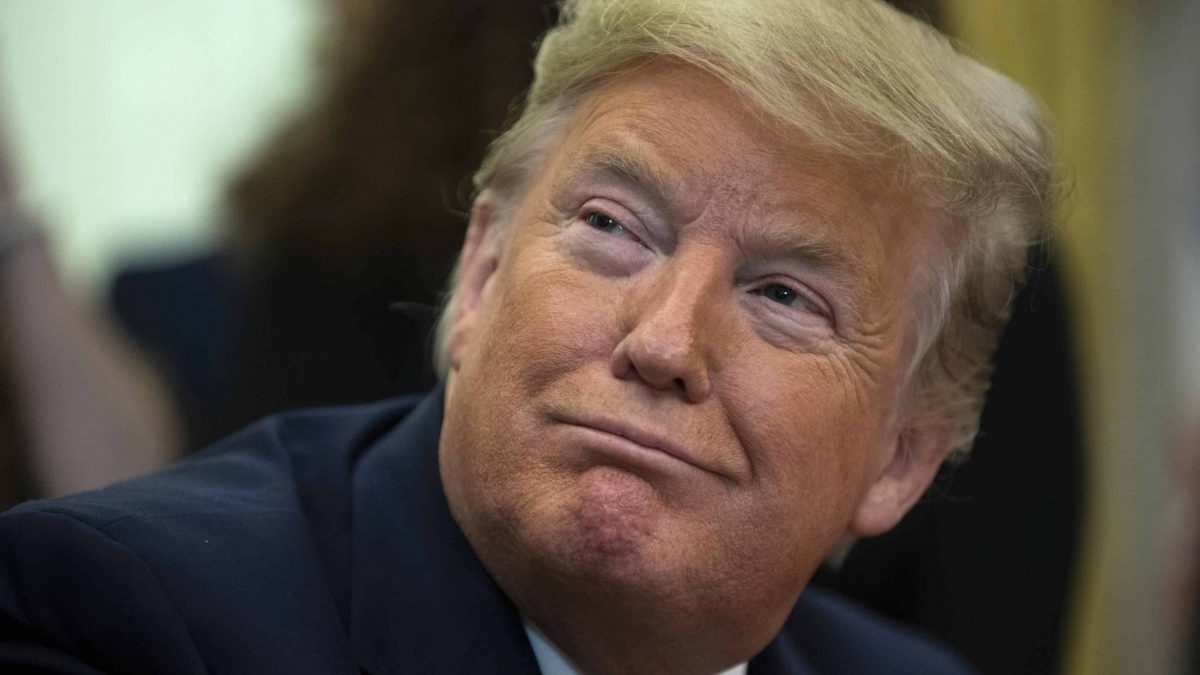 In the third impeachment trial of a US President, Democrats have opened arguments in Donald Trump’s impeachment trial, appealing to Republican senators to vote to remove the accused from office to “protect our democracy”.

Trump’s legal team is expected to make the case for the defence after three days of prosecution evidence which they are attempting to limit, but they are already causing controversy.

The reality TV star and property mogul turned President has not always had the best relationship with his lawyers, who often end up falling out with their mercurial client or at the heart of investigations. This may perhaps explain the bizarre choice of legal minds on his defence team.

The most controversial legal figures are Ken Starr and Alan Dershowitz, both infamous in the US. Ken Starr, who many remember from the controversial failed impeachment of Bill Clinton, one of the other two Presidents to face such legal proceedings in office.

The Republicans’ favourite prosecutor went on to resign as president of Baylor University amid criticism of his mishandling sexual assault cases involving football players.

More recently, both Ken Starr and Alan Dershowitz have made headlines for their role in the sleazy sweetheart deal they negotiated in 2008 for the accused child molester and child trafficker Jeffrey Epstein. Multiple child trafficking and sexual offences were reduced to a plea bargaining deal that granted Epstein and his co-conspirators immunity from charges emerging from an FBI investigation “Operation Leap Year.” He only served 13 months for pleading guilty to procuring for prostitution a girl below the age of 18.

At least two of Epstein’s victims claim that they were molested by Epstein’s alleged “acquaintance” Alan Dershowitz while they were minors. He strenuously denies the claims.

Last year Alan Dershowitz was in court again arguing for sex trafficking charges to be dropped for against a client. – This time is was alleged Hollywood sex fiend Harvey Weinstein – now in court on multiple rape and sexual assault charges.

But Dershowitz is probably most infamous for his clients O.J. Simpson and Claus von Bülow. He helped win Claus von Bülow’s appeal for the attempted murder of his wife, Sunny von Bülow. Dershowitz’s book on the case Reversal of Fortune was turned into a movie with Jeremy Irons playing the controversial socialite and Ron Silver his lawyer.

In 1995, Dershowitz successfully represented O.J. Simpson in America’s most notorious murder trial, the athlete turned Hollywood star accused of brutally murdering his ex-wife Nicole Brown Simpson and her friend Ron Goldman before one of the most bizarre police chases in history. Simpson went on to write a book about the murders called If I Did It, though the proceeds of the book went to the victims’ families who successfully sued him for damages over the killings in civil law suits in 1996.

Dershowitz has been outspoken about the President publishing a book The Case Against Impeaching Trump which may well have earned him a place on Donald Trump’s legal team.

With Ken Starr and Alan Dershowitz joining a team of regular Trump lawyers and defenders on Fox News such as Robert Ray and Pam Bondi, Trump is ensuring that people are likely to be talking about his defence more than the case for abuse of power that his prosecutors have begun.

US President sets record for most tweets in a day

And the US President Donald Trump was doing his best to distract form the case outlined against him today by extending the US travel ban to more countries and setting a new record for the most tweets and retweets in a day as president.

On Wednesday Trump was surpassing his previous record of 123 Twitter postings in a day that he set a little over a month ago, according to Factba.se, a service that compiles and analyses data on Mr Trump’s presidency.

Mr Trump’s previous record for tweets on a single day during his time in the White House was set on December 12 2019, the day the House Judiciary Committee opened its marathon session to approve two articles of impeachment against the president.

On Wednesday Donald Trump’s lawyers sat by, waiting their turn, while he blasted the proceedings from afar, threatening jokingly to face off with the Democrats by coming to “sit right in the front row and stare at their corrupt faces”.

House Democrats have opened arguments in Donald Trump’s impeachment trial, appealing to Republican senators to vote to remove the US president from office to “protect our democracy”.

Democratic accusers say Mr Trump was the one with the “corrupt scheme” to abuse his presidential power and then obstruct Congress’ investigation.

The challenge before the House managers is clear. Democrats have 24 hours over the next three days to prosecute the charges against Mr Trump, trying to win over not just senators sitting silently in the chamber but an American public, deeply divided over the president and his impeachment.

Representative Adam Schiff, the Democratic chairman of the House Intelligence Committee, appealed to senators not to be “cynical” about the politics of impeachment, asking them to draw on the intent of the nation’s Founding Fathers who provided the remedy of impeachment.

“Over the coming days, we will present to you – and to the American people – the extensive evidence collected during the House’s impeachment inquiry into the president’s abuse of power,” said Mr Schiff, standing before the senators.

“You will hear their testimony at the same time as the American people. That is, if you will allow it.”

The proceedings are unfolding at the start of an election year and there are few signs that Republican are interested in calling more witnesses or going beyond a fast-track assessment to bring a quick vote on charges related to Mr Trump’s dealings with Ukraine.

The trial marks just the third time the Senate has weighed whether an American president should be removed from office.

Democrats argue Mr Trump abused his office by asking Ukraine to investigate political rivals while withholding crucial military aid, and also obstructed Congress by refusing to turn over documents or allow officials to give evidence in the House probe.

Republicans have defended Mr Trump’s actions and cast the process as a politically motivated effort to weaken the president in the midst of his re-election campaign.

A new poll from The Associated Press-NORC Centre for Public Affairs Research shows the public is slightly more likely to say the Senate should convict and remove Mr Trump from office than to say it should not at 45% to 40%. But a sizeable percentage, 14%, say they do not know enough to have an opinion.

But there is wide agreement that Mr Trump should allow top aides to appear as witnesses at the trial. About seven in 10 said so, including majorities of Republicans and Democrats, according to the poll.

The idea over witnesses, though, seems all but settled after wrangling over rules for the trial stretched late into the previous night, with Republicans shooting down one-by-one Democratic efforts to get Mr Trump’s aides including former national security adviser John Bolton, secretary of state Mike Pompeo, and acting chief of staff Mick Mulvaney, to give evidence as witnesses.

Senators are likely to repeat those rejections next week, shutting out any chance of new evidence. Chief Justice John Roberts opened Wednesday’s session as senators settled in for the long days ahead.

Mr Trump, who was in Davos, Switzerland, attending a global economic forum, praised his legal team, and suggested he would be open to his advisers giving evidence, though that seems unlikely. He said there were “national security” concerns that would stand in the way.

After the House prosecutors present their case, the president’s lawyers will follow with another 24 hours over three days to mount a defence. They are expected to take only Sunday off.

Then there will be 16 hours for senators, who must sit quietly at their desks, no speeches or mobile phones, to ask written question, and another four hours for deliberations.

By the end of next week there is expected to be one last vote on whether or not they want to hear from more witnesses, and it appears increasingly likely that will be the end.

READ MORE: CIA and NSA accused of withholding documents that would help impeach