The president made his remarks as he departed for an event in Virginia that some legislators planned to boycott. 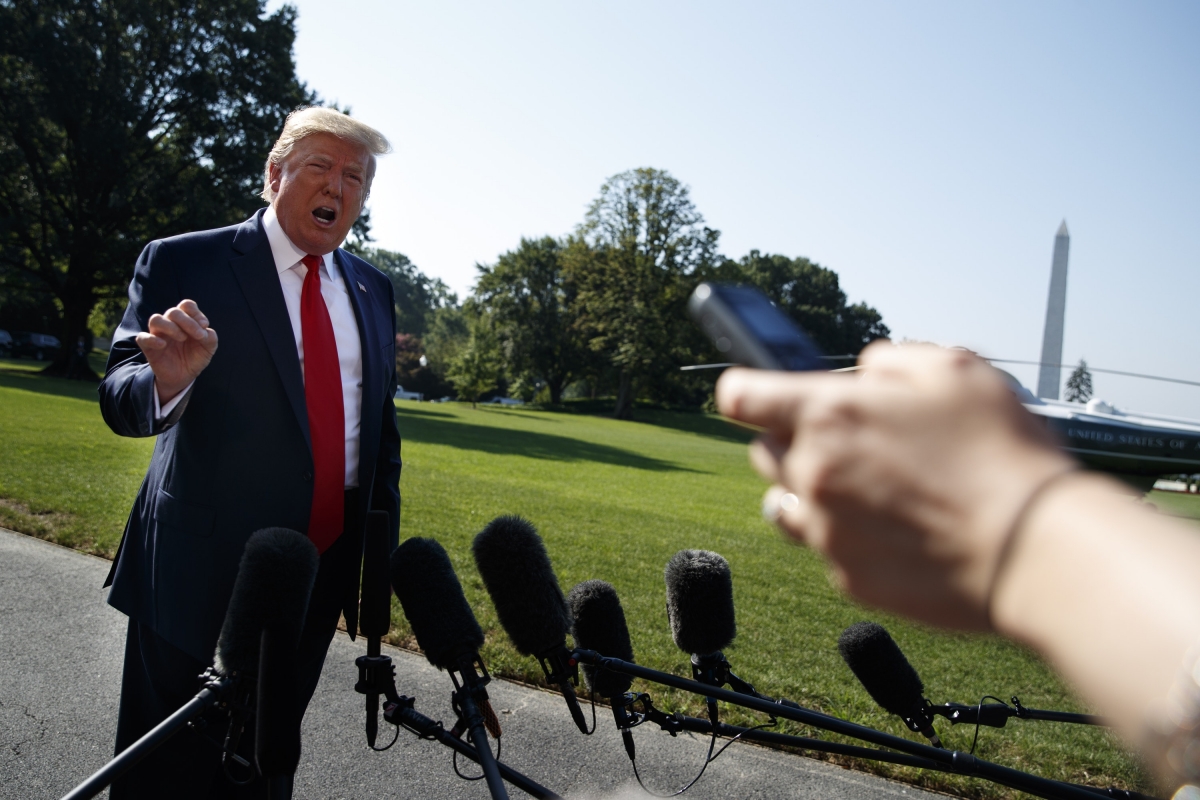 President Donald Trump has said black legislators who plan to boycott his appearance at a Virginia event commemorating the 400th anniversary of the rise of American democracy are going “against their own people”.

Mr Trump said African Americans “love the job” he is doing and are “happy as hell” with his recent comments criticising a majority black district in the Baltimore area and its congressman.

Mr Trump spoke at the White House before heading to historic Jamestown in Virginia.

Heading to Jamestown, Virginia. Word is the Democrats will make it as uncomfortable as possible, but that’s ok because today is not about them!

Black state politicians plan to stay away from Mr Trump’s speech, in part over what they call Mr Trump’s disparaging comments about minority leaders.

Mr Trump said, if that is the case, “they’re fighting against their people” because African Americans “have never been so happy with what a president has done”.

Mr Trump also tweeted that Virginia Democrats want to make the event “as uncomfortable as possible, but that’s OK because today is not about them!”