Anti-wall campaigner Ronald Rael built the playground that connects US and Mexican kids in powerful display of solidarity.

by Jack Peat
in World News 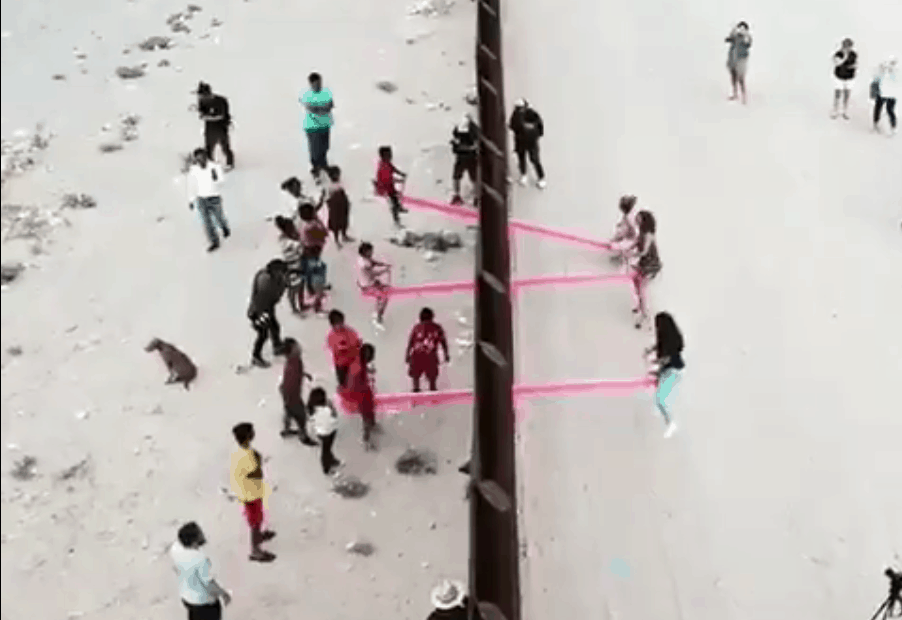 Artists in California have created seesaws that cross through the border wall with Mexico so children from either side can play together.

Anti-wall campaigner Ronald Rael built the novel playground in Sunland Park in the US state of New Mexico that connects with Ciudad Juarez in Mexico.

Children from either side of the wall can convene to play on the government-owned steel fence that divides the two countries in defiance of Donald Trump’s flagrant nationalism.

Rael, an architect at UC Berkeley, said: “There are good relations between the people of Mexico and the United States and using the seesaw shows that we are equal and we can play together and enjoy ourselves, but also that the wall cuts the relationship between us.

“Look, what happens in one place has an impact in the other and that’s what a seesaw does, exactly that.”

Artists installed seesaws at the border wall so that kids in the U.S. and Mexico could play together. It was designed by architect Ronald Rael. ⁣
⁣
Beautiful reminder that we are connected: what happens on one side impacts the other.
?? ❤️ ?? pic.twitter.com/vSpfxhtvkX