“The cages they are kept in are metal cells. They are kept cold, there is not enough food or water, and they are crowded. There are open toilets and the lights are kept on 24/7” 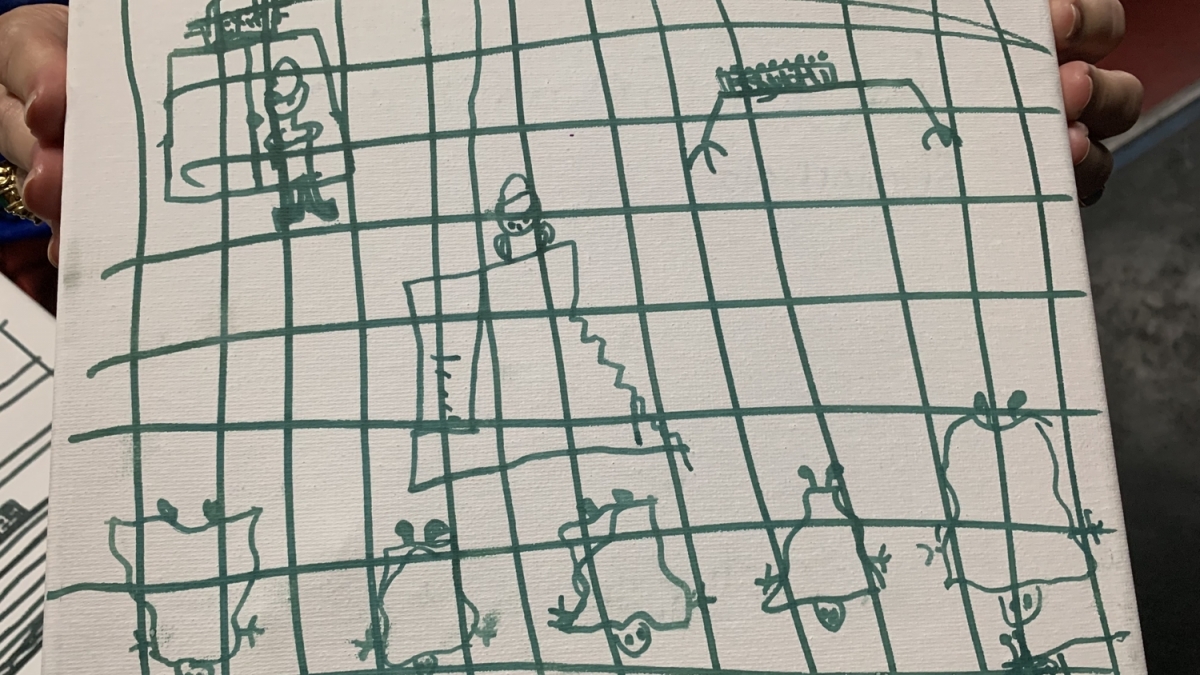 The drawings depict the cages where the children were kept. (American Academy of Pediatrics)

Pictures drawn by children recently detained by the United States border force depict their “inhumane” treatment, with figures of people in cages.

The pictures were drawn by children following their release by US Customs and Border Protection (CBP).

Detention centres are the first places children go after they are picked up by customs officials.

Immediate past president of the American Academy of Pediatrics (AAP) Collen Kraft said: “The cages they are kept in are metal cells. They are kept cold, there is not enough food or water, and they are crowded. There are open toilets and the lights are kept on 24/7.”

The children are separated from their parents while they await processing.

Following their release, the children were sent to the Catholic Charities Humanitarian Respite Centre in McAllen, Texas, to be reunited with their families.

The respite centre is where many families get their first shower, clean clothes and a hot meal after arriving in the US.

The children were asked to draw canvases depicting their time spent in CBP custody.

They were held in the detention centre for between five days and a week.

Ms Kraft said the trauma of these conditions put the children at risk of developing PTSD. Many children leave the centres with chicken pox, flu and dehydration.

She said: “We have seen children die because some of these conditions are so awful.

“It is a sad sign of this administration’s policies.”

Incoming AAP president Dr Sara Goza visited the detention centres and said she did not meet any paediatricians onsite.

She said: “The smell that immediately hit me when I stepped foot inside a CBP processing centre — it was a combination of urine, faeces and sweat.

“I saw so many children with bloodshot, bulging eyes. They were expressionless and they were exhausted. I visited the facility during the mid-morning and most of the children I saw were asleep or lethargic.

“Children are kept in metal cages with a guard tower in the middle of the room looking down over the children at all times.

“The ‘sea of silver’ from mylar blankets completely covered the concrete floors. I could hardly tell that children were underneath them. The only sound I heard was crinkling mylar as they moved. No talking, no laughter, no interacting.”

MORE: The story behind the photo that shook the world. Will it change a thing?