Snowfall of 76.2cm was recorded at St John’s International Airport in Newfoundland on Friday. 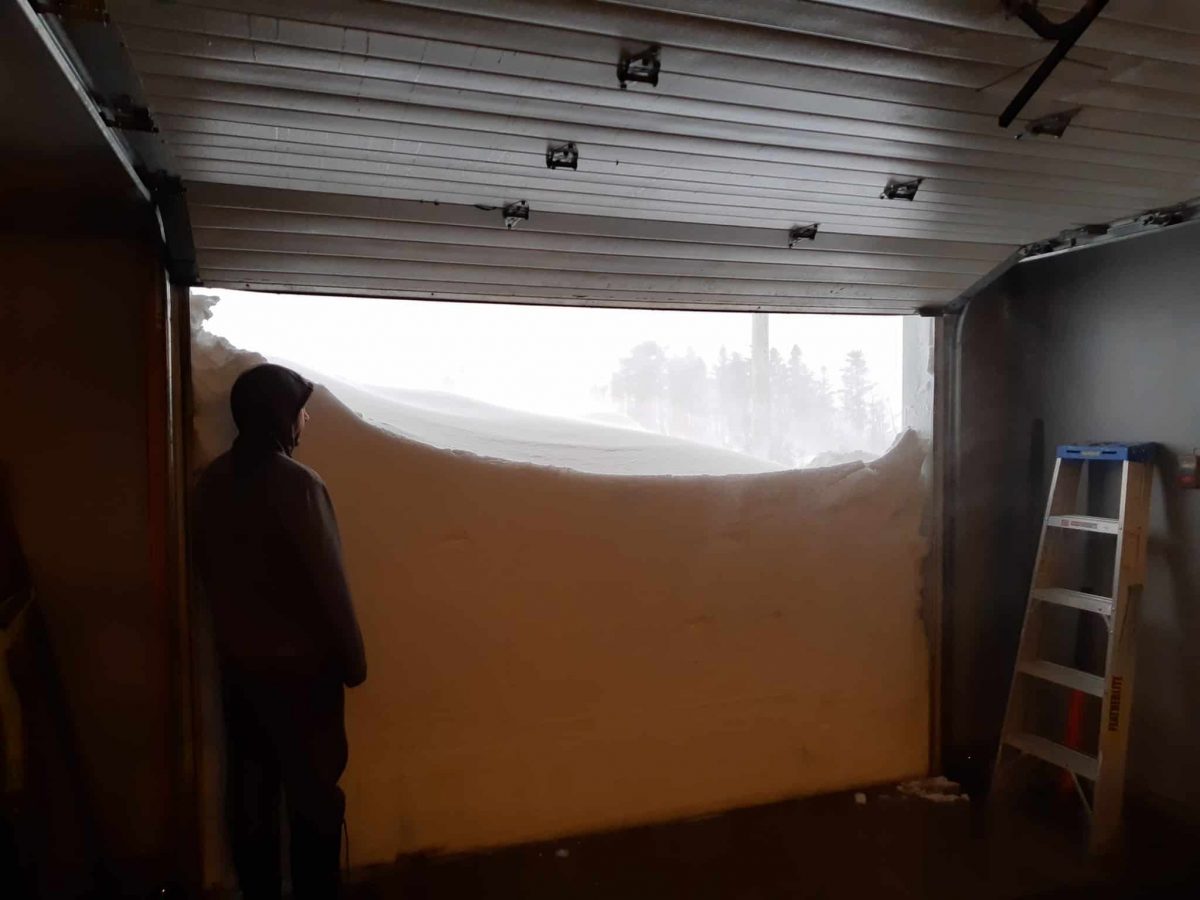 The depth of record-breaking snowfall in Canada has been laid bare by a family opening their garage door.

Leigh Antle filmed the moment her husband opened the door to their house in St John’s, Newfoundland, where 76.2cm of snow fell on Friday – the most in a single day in the Canadian province.

The blizzards have caused a rare state of emergency to be called, the first in the region since 1984, according to St John’s mayor Danny Breen.

Mrs Antle, 39, said local petrol stations are out of fuel due to anticipation of the storm and snowploughs have been pulled off streets, unable to cope.

“Thankfully, we still have power, but a lot of people don’t,” she told the PA news agency.

“The winds are extremely high, which when combined with the snow has made conditions much worse.”

Mrs Antle added her eight-year-old son Conner “very much enjoyed” his day off school on Friday.

Sam Rose opened his front door in the town of Paradise to a sheer wall of snow.

“There’s at least six feet of snow on my back deck,” the 44-year-old told PA. “It will take at least two days or more to clear out.

“I’m an artist and love painting snow landscapes but this is pretty ridiculous!”

The 24-hour snowfall, measured at St John’s International Airport, broke a record which has stood in Newfoundland since 1999 when 68.5cm fell.

Canadian Prime Minister Justin Trudeau tweeted: “Thinking of our friends & neighbours in (Newfoundland) who are dealing with the aftermath of yesterday’s massive blizzard.

“Stay safe out there and listen to your local authorities. We’re here for you and stand ready to help in any way we can.”

The Royal Newfoundland Constabulary has warned residents to stay off roads, prepare for power outages and keep food and water on hand.

“This is an unprecedented kind of event,” said Constable James Cadigan.