The Ukrainian Army is set to receive boost - after President Zelenskyy approved a pathway for foreign nationals to join his military reserves.

by Tom Head
in World News 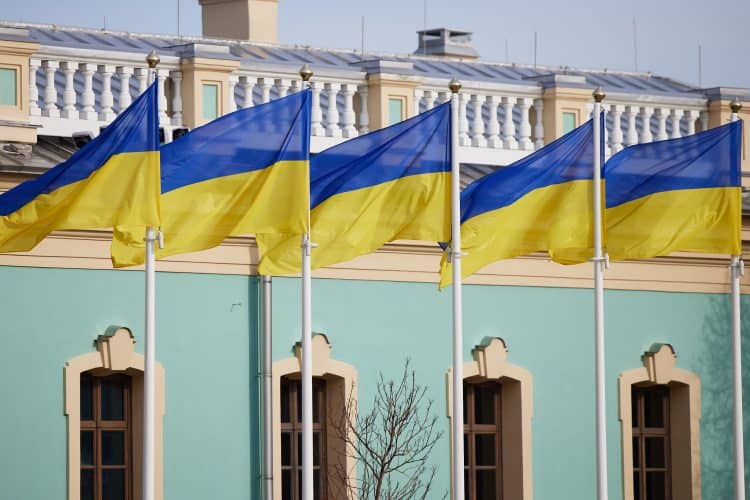 The Ukrainian Army is looking for all the help it can get, as the nation’s bloody battle with Russia stubbornly rages on. In desperate need of support, President Volodymyr Zelenskyy has now reached out to the international community – with an unprecedented move.

How to join the Ukrainian Army…

Ukraine’s embattled leader has invited ANY foreigner, with a desire to help defend his country, to come and serve in the International Legion of Defence. A website has been launched this weekend, handing out guidance to those considering taking up arms against the Russian offensive.

In a statement issued on Saturday, Zelenskyy warned the world that Vladimir Putin is waging a war against all of Europe, and not just Ukraine. He urged potential conscripts to ‘join the resistance’, and ‘fight for global security’.

“President Zelensky has created the International Legion of Ukraine, consisting of foreign citizens wishing to join the resistance against the Russian occupants and fight for global security.”

“Ukrainians have already demonstrated their courage and strength in defending their homeland, Europe, and our common civilizational values. This is not just an invasion of Ukraine by Russia, but a start of a war against the entire continent.”

For those wondering, it’s not just a case of packing your Kalashnikov and heading towards Kyiv: The process to join the International Legion of Defence is a seven-step affair, and requires a comprehensive set of commitments from those signing up…

Despite suffering an armed onslaught this week, the capital of Kyiv is still standing, as the resistance continues to repel Putin’s invading forces. However, this war still has a long way to go – and international reinforcements are likely to give the Ukrainian Army a significant boost.

Ukrainian government has launched a website for foreigners who want to volunteer to join its army, @DarynaKrasno reports. https://t.co/oBbOUEyjhF