The UN’s International Organisation for Migration said thousands of people were hoping to reach the EU. 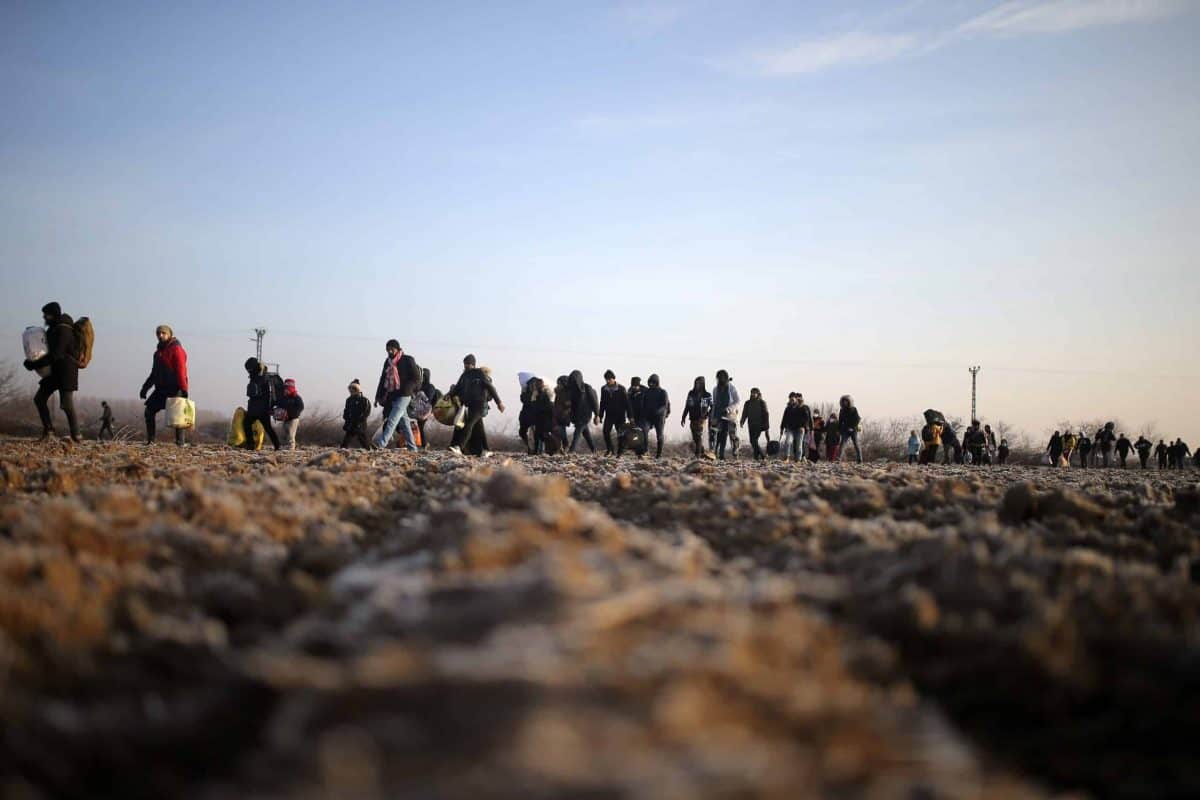 At least 13,000 people have been massed at Turkey’s border with Greece after Turkey’s president officially declared its western borders open to migrants and refugees hoping to head to the EU.

President Recep Tayyip Erdogan’s decision to open his country’s borders with Europe made good on a long-standing threat, following an escalation in fighting in Syria which has seen thousands of civilians flee an offensive by government forces.

The UN’s International Organisation for Migration said on Sunday that by the previous evening, its staff working along the land border “had observed at least 13,000 people gathered at the formal border crossing points at Pazarkule and Ipsala and multiple informal border crossings, in groups of between several dozen and more than 3,000”.

Greek authorities fired tear gas and stun grenades on Saturday to prevent repeated crossing attempts by a crowd of more than 4,000 people massed at the border crossing in Kastanies, and fought a cat-and-mouse game with groups cutting holes in a border fence in a bid to crawl through.

Others were making the short but often perilous sea crossing from the Turkish coast to the Greek islands. At least three dinghies carrying migrants arrived on the Greek island of Lesbos on Sunday morning.

Turkey’s decision to open the borders with Greece came amid a military escalation in north-western Syria’s Idlib province that has forced hundreds of thousands of Syrian civilians to flee fighting, with many of them heading north toward Turkey.

In Syria, the government said it was closing its airspace for any flights or drones across the country’s north-western region. It said any aircraft that penetrates Syrian airspace will be treated as hostile and shot down.

The announcement came after two days of Turkish drone attacks in Idlib province that Syrian activists said caused heavy losses to Syrian government forces. These confrontations have added to soaring tensions between Turkey and Russia, which support opposing sides in the Syrian civil war.

“Any jet that violates our airspace will be treated as a hostile target that must be shot down and prevented from achieving its goals,” the Syrian military statement said.

The statement came shortly after the Syrian army shot down a Turkish drone over the town of Saraqeb in Idlib, according to military-run media.

Turkish defence minister Hulusi Akar, speaking from military headquarters near the Syrian border, said Turkey aimed to confront Syrian government forces rather than Russian troops. He called on Moscow to persuade Syrian President Bashar Assad to withdraw to 2018 ceasefire lines on the edges of Idlib.

Referring to losses inflicted on Syria, he said Turkey had “neutralised” more than 2,200 Syrian troops, 103 tanks and eight helicopters.

The operation is Turkey’s fourth in the war-torn country since 2016.

Meanwhile, Greek deputy defence minister Alkiviadis Stefanis said there were around 9,600 attempts to illegally cross Greece’s border during the night but all were successfully thwarted. Previously several dozen migrants had managed to make it through.

Greek officials said they arrested 66 migrants on Friday, 17 of whom were jailed for entering the country illegally. All Afghans, they were the first migrants sentenced for illegal entry since 2014. On Saturday, Greece arrested another 70 people who tried to cross the land border illegally.

The mass displacement in Idlib has raised the possibility that Turkey might come under growing international pressure to open its border with Syria and offer refuge to desperate Syrian civilians. Nearly 950,000 displaced civilians have been pushed toward the Syrian-Turkish border amid the cold winter weather.

On Saturday, Mr Erdogan said Turkey would not stand in the way of refugees and migrants already in the country who hope to head to Europe.

“We will not close the gates to refugees,” he said. “The European Union has to keep its promises. We are not obliged to look after and feed so many refugees.”

Under a 6 billion euro deal in 2016, Turkey agreed to stem the tide of refugees to Europe in return for financial aid after more than a million people entered Europe in 2015.

It has since accused the EU of failing to honour the agreement. Mr Erdogan has frequently threatened to “open the gates” and allow refugees and migrants to head to Europe unless more international support was provided.