It has been suggested that Italians’ demonstrative nature could be contributing to the spread of coronavirus. 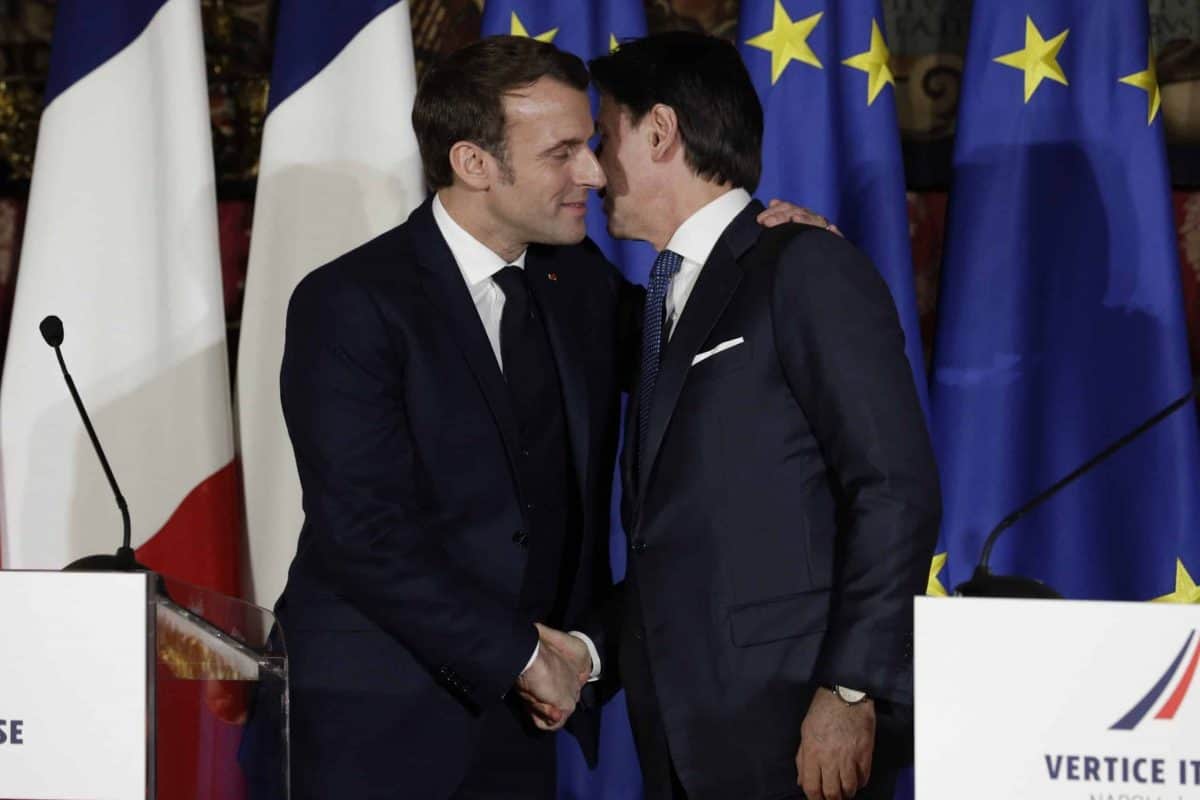 French President Emmanuel Macron gave Italian prime minister Giuseppe Conte the Italian double-cheek kiss not once but twice this week during a summit in Naples.

It was a signal to citizens not to fear their neighbours as the coronavirus spreads, with Italy established as Europe’s hotspot.

Friendly kissing has become a fresh dilemma, especially in effusive southern Europe, with perhaps the power to reshape customs.

But even more-reserved northerners are grappling with whether to forgo the hallowed handshake.

The government’s special commissioner for coronavirus, Angelo Borrelli, has suggested that Italians’ demonstrative nature could be contributing to the virus’ spread, with more than 1,100 people testing positive and 29 deaths, almost all in the country’s north.

But there have been no official edicts on the social custom of kissing, which sociologists say is rooted in Italy’s Mediterranean culture as well as its strong family and social structure.

“We have a collective social life that is very florid, very expansive. We have lots of contact, we shake hands, we kiss each other, we hug each other,” Mr Borelli told reporters.

“Maybe it is better in this period not to shake hands, and do not have too much contact, and try to be a bit less expansive, which is different from how I am.”

In neighbouring France, health minister Olivier Veran on advised people to cut back on “la bise”, the custom in France and elsewhere in Europe of giving greetings with kisses, or air kisses, on the cheeks, along with shaking hands.

France, which has had 100 cases and two deaths so far, made a similar recommendation during the swine flu epidemic a decade ago.

In Germany, where children are taught to shake hands with adults and the firmness of the grip can be seen as correlating to personality strength, health experts and doctors are trying to persuade people to quit traditional etiquette.

At Virchow hospital in Berlin, doctors not only stopped shaking hands with their patients, even non-contagious ones, but are actively encouraging them to follow the example, as cases in Germany hit 66.

Health experts have been warning that shaking hands is a prime way to spread the disease.

In northern Italy, the virus is taking a deep social toll, curtailing the usual opportunities to meet.

With schools, museums and most public offices officially closed until Monday, many people are staying at home and avoiding all social contact.

Italy’s financial capital, Milan, is as empty as in the peak summer holiday period, with many companies giving professionals the option to work from home, and some restaurants and shops closed because of a lack of business. Those that remain open are unseasonably empty.

During Milan Fashion Week, cheek-kissing was dropped as the week went on and cases spiralled in favour of other acknowledgements, like a little double kiss to fingertips that one fashionista dubbed “the new coronavirus kiss”.

“Italians want to be cool with each other, exchange kisses and shake hands. Now they are learning if you are not OK, or if you have doubts, they can create some distance,” she said. “Italians will learn something about consent from this experience.”