Tenerife is popular with British tourists. 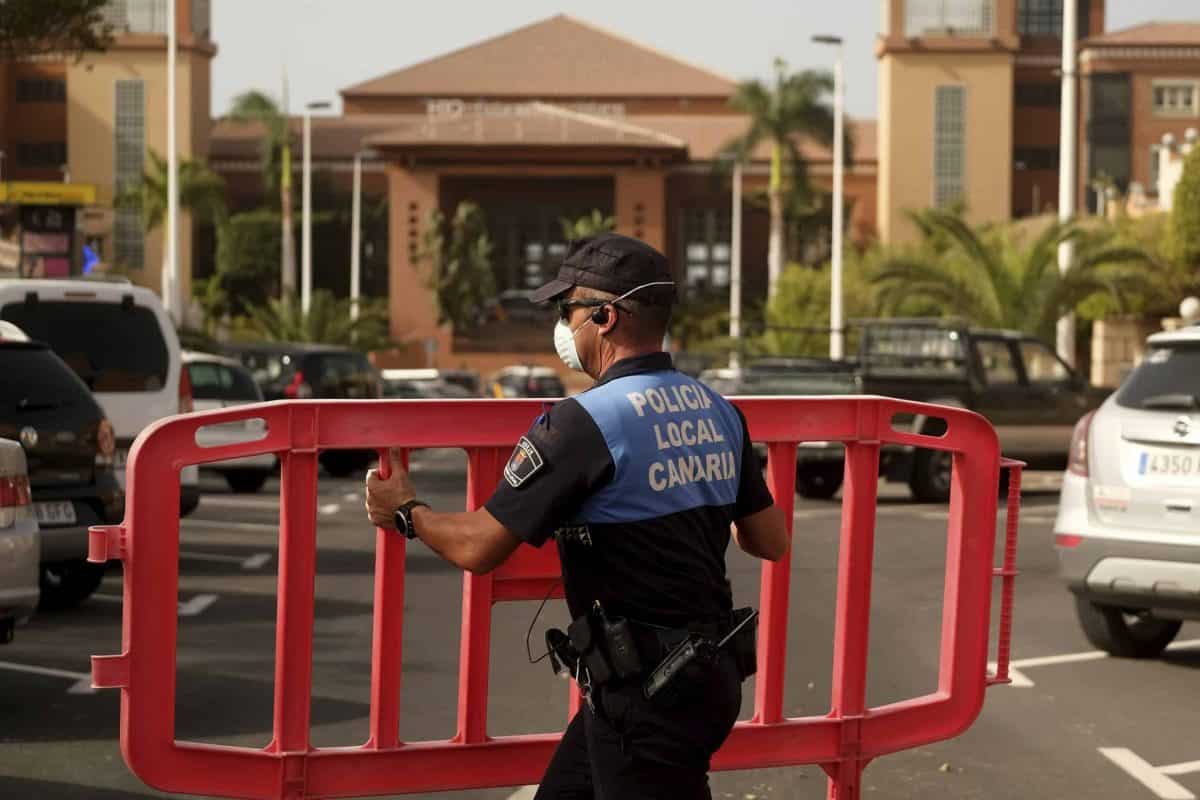 A tourist hotel on the Canary Island of Tenerife has been placed in quarantine after an Italian doctor staying there tested positive for the Covid-19 virus.

The press office for the town of Adeje confirmed that the restrictions are in place at the H10 Adeje Palace hotel.

Spanish media said some 1,000 tourists staying at the complex are not allowed to leave.

The Canary Islands, an archipelago located some 62 miles west of the African coast, is a popular holiday destination that attracts many British tourists all year around.

The archipelago’s president Angel Victor Torres said the Italian doctor who is positive for the disease has been quarantined in a local clinic while samples are analysed in a hospital near Madrid to confirm the initial diagnosis.

Spain’s Europa Press reported that the visiting tourist had arrived from one of the areas in northern Italy where a cluster of the coronavirus has infected hundreds of people. The patient voluntarily went to a clinic in Tenerife on Monday when he began feeling unwell.

It is Spain’s third case of Covid-19 and the second in the Canary Islands. A German tourist was quarantined earlier this month on the island of La Gomera and a British citizen in the Mediterranean’s Balearic Islands.

Both were released after recovering and showing no further symptoms of the illness.

The move comes as China and South Korea have reported more cases of the coronavirus as clusters of the disease grow in Europe and the Middle East amid rising global concern.

Markets have been in decline around the world over virus fears, with Wall Street on Monday mirroring stock exchanges worldwide with a 1,000-plus point drop in the Dow Jones Industrial Average.

The White House has called for an urgent injection of 2.5 billion dollar (£1.9 billion) in government funds to help combat the disease, while Washington is set to call off planned annual military exercises with South Korea.

In Beijing, China’s government postponed its most important political meetings of the year.

The National People’s Congress – due to run for two weeks in early March – and the meeting of its chief advisory body usually bring thousands of delegates to Beijing.

The decision indicated the importance President Xi Jinping places on the battle against the epidemic that has posed one of his biggest political challenges since he took control of the ruling Communist Party in 2012.

Similarly, the coronavirus began to emerge as a political threat to Donald Trump in election year, as attacks ramped up in the US over his administration’s handling of the outbreak.

China reported 508 new cases and another 71 deaths on Tuesday, 68 of them in the central city of Wuhan, where the epidemic was first detected in December.

South Korea now has the second-most cases in the world with 893 and has had a near 15-fold increase in reported infections in a week, with 60 new cases reported on Tuesday.

As South Korea reported its eighth fatality, health workers continued to find batches in the southeastern city of Daegu and nearby areas, where panic has brought towns to an eerie standstill.

Clusters have also emerged in Iran and Italy, and there are concerns the new outbreaks could signal a serious new stage in the global spread of the illness.

Schools were closed in Iran for a second day, and daily sanitising of public buses and the Tehran metro, which is used by some three million people a day, was started.

In several countries that reported their first cases on Monday – Iraq, Afghanistan, Kuwait, Bahrain and Oman, the infected patients had links with Iran.

Iraq and Afghanistan closed their borders with Iran in an effort to stop the further spread while Bahrain announced a 48-hour suspension of flights to and from Dubai, the world’s busiest international airport.

The virus also spread via tourists travelling within Italy, as the southern island of Sicily reported a positive case from a woman vacationing from Bergamo, in northern Lombardy. Two cases were also reported in Tuscany, well south of the epicentre.

She and her husband were put in isolation, and officials were tracing their contacts to try to contain the spread on the autonomous island, Sicily’s regional government said.

Civil protection officials on Tuesday reported a large jump of cases in Italy, from 222 to 283. Seven have died, all of them elderly people suffering from other problems.

Premier Giuseppe Conte shocked Lombardy officials by taking to task the hospital in Codogno, southeast of Milan, where Italy’s first positive patient went on February 18 with flu-like symptoms. The man was sent home, only to return a short time later with worsening conditions, at which point he was tested for the virus.

Many of Lombardy’s positive tests have a traceable connection to the Codogno hospital, including several doctors and nurses, patients and relatives who visited them.

Mr Conte told reporters that the Lombardy cluster grew “because of the hospital management that wasn’t completely proper according to the protocols that are recommended for these cases”.

“This surely contributed to the spread,” he said.

Austria temporarily halted rail traffic across its border with Italy and Slovenia and Croatia, popular getaways for Italians, were holding crisis meetings.

Schools were closed, theatre performances cancelled, and even Venice Carnival celebrations were called off.

“These rapid developments over the weekend have shown how quickly this situation can change,” the health commissioner for the European Union, Stella Kyriakides, said in Brussels.

“We need to take this situation of course very seriously, but we must not give in to panic, and, even more importantly, to disinformation.”

After the large increase in cases of Covid-19 – the disease caused by the coronavirus – in several countries, the World Heath Organisation said the virus had the potential to cause a pandemic.

“The past few weeks has demonstrated just how quickly a new virus can spread around the world and cause widespread fear and disruption,” WHO’s Director-General Tedros Adhanom Ghebreyesus said.

“(But) for the moment we’re not witnessing the uncontained global spread of this virus.”