Mike Graham has become the 'main character' on Twitter this weekend, after he said England's 'LGBTQI+ politics' cost them the World Cup. 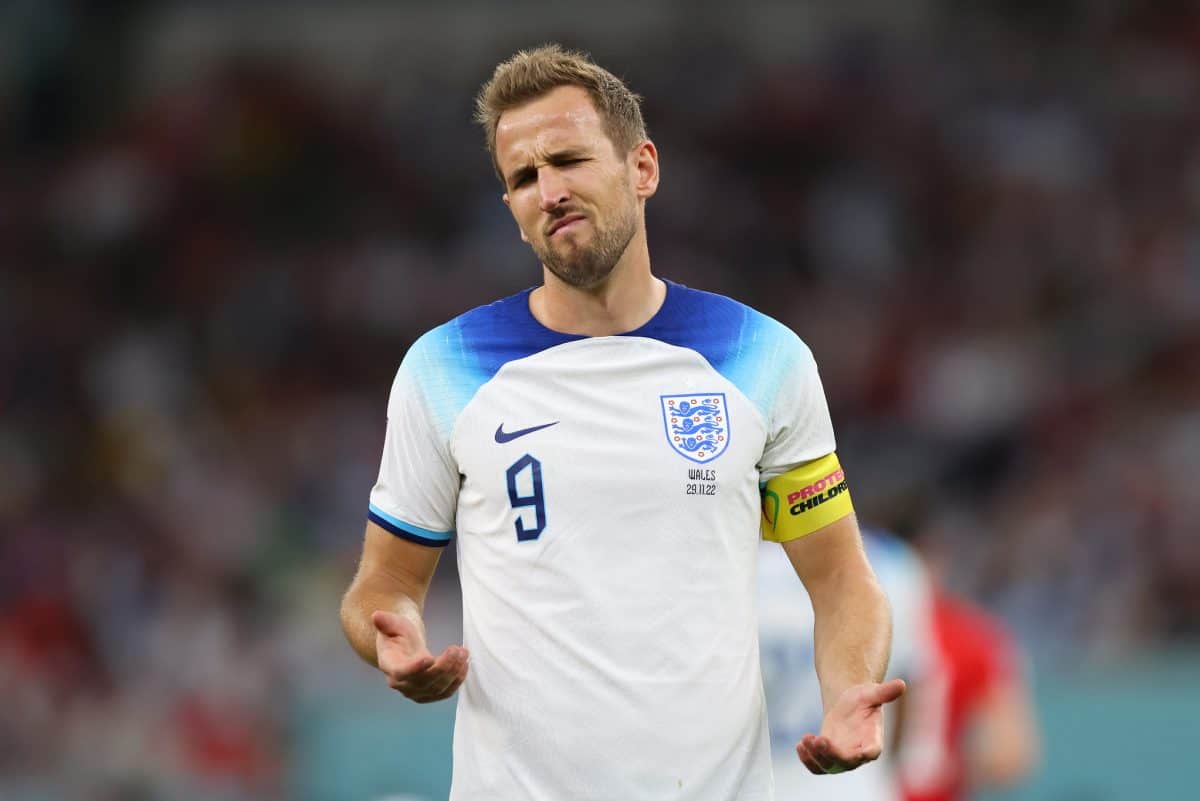 Sound. Mike Graham, the bloke who comically tried to argue that you could ‘grow concrete’ last year, has gone viral once again. The TalkTV host has had his say on England’s agonising World Cup defeat at the hands of France – and people aren’t happy with him.

Harry Kane scored one penalty but missed another in a 2-1 loss. England, arguably the better of the two sides over 90 minutes, have now left the tournament at the quarter-final stage. Their next crack at an international trophy will be in 18 months, at Euro 2024.

Despite a brave display, some fans have responded angrily to the result. Manager Gareth Southgate now faces serious questions about his future, and his ability to overcome ‘stronger teams’ is under severe scrutiny. However, we may have found the biggest overreaction of the lot here.

The barely-comprehensible ramblings have caused a storm online. Kane, England’s captain, had originally planned to wear a rainbow armband in support of LGBTQI+ rights, to demonstrate against Qatar’s strict anti-homosexuality laws.

However, FIFA’s threat of disciplinary action put paid to this plan. Instead, the team continued with the symbolic gesture of ‘taking the knee’, in order to oppose all forms of discrimination. Needless to say, this was enough to upset some of the most tedious people in the country.

If in doubt, blame LGBTQI+ people…

Graham continued arguing his point on Sunday, while retweeting a selection of supportive tweets. However, in a previous post, he seemed to forget all about LGBTQI+ politics, claiming that England were ‘outplayed’ and ‘did not do their jobs’. Just pick one, Mike…

“Please don’t tell me the boys did their best. They were outplayed. They are the best of us and still missed the target. They didn’t do their jobs. They missed a penalty. And they failed. That’s the story. The end.” | Mike Graham