Most women who answered the survey said they would be in favour of women’s-only gyms.

by Andra Maciuca
in News, Sport 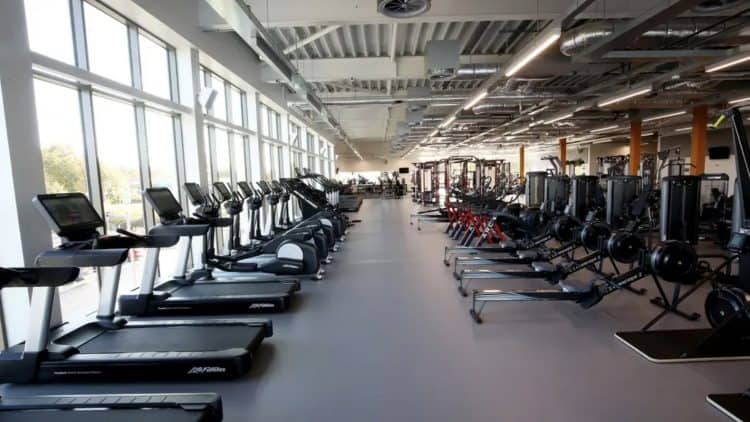 The vast majority of women have been made to feel uncomfortable in a public gym, a new survey has revealed.

Some 400 women have been asked about their experiences in a poll carried out by Sheffield fitness firm DNA Lean.

Around three quarters said they have been made to feel uncomfortable whilst at the gym, with 91 per cent reporting being stared at by other gym-goers.

Almost half of the respodents said they received unsolicited or inappropriate remarks, and some women had photos taken of them.

One woman said she had been followed by a car after leaving the gym.

A shocking 73 per cent of respondents think women’s-only gyms are needed in the UK for women to feel safe when exercising, and roughly the same percentage think women’s safety in gyms is problematic.

Nidha Khan, owner of women’s-only gym BodyUpWomen, said she is “not shocked at all” by the findings.

She said she knows countless of women who quit the gym due to harassment and feeling uncomfortable.

She said this motivated her to start a “safe haven” but thinks it “shouldn’t have to be like this”.

Most women who answered the poll hailed women’s-only gyms.

Jimmi Caan, CEO of Temple Gym Birmingham, adds: “As a gym owner myself, it’s concerning that so many women feel unsafe and uncomfortable whilst exercising in public gyms.

“There are so many things gym owners and staff can do to make sure everyone has a positive experience whilst exercising, no matter their gender.

“It’s time to listen to women and make real changes. Gyms shouldn’t feel like a ‘boys’ club’ – exercise is for everyone.”

Earlier this year, the government announced it would introduce plain-clothes police officers to bars and clubs in order to keep women safe from “predatory” offenders.

Following a meeting of the government’s Crime and Justice Taskforce chaired by Boris Johnson, Downing Street said it was taking a series of “immediate steps” to improve security.

Among them is to roll-out across the country pilots of a programme where uniformed and plain clothes officers seek to actively identify predatory and suspicious offenders on nights out.

But Dr Jo Grady, general secretary of the University and College Union, said: “This is a cynical attempt to shift attention from the matter at hand. Undercover police have total immunity if they commit abuse while infiltrating criminal gangs, despite reality that many of the victims of abuse have been women. The police do not need extra powers.”

In a Commons statement in March, Home Secretary Priti Patel said “too many” women felt unsafe in public.

“Too many of us have walked home from school or work alone, only to hear footsteps uncomfortably close behind us,” she said.