The proposal was met with an instant online backlash, with many saying the police should not be given extra powers. 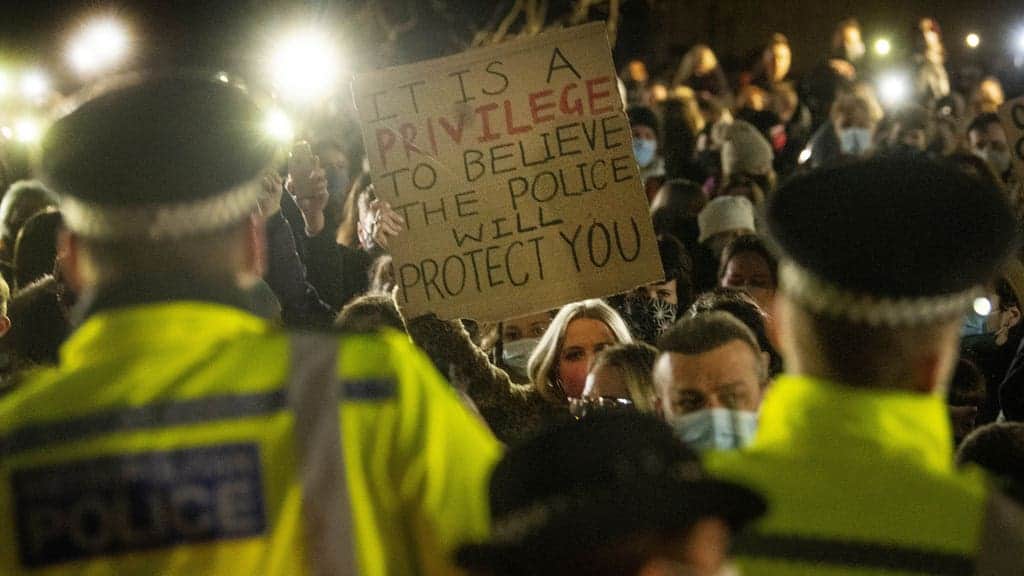 Plain-clothes police officers will patrol bars and clubs as part of plans to keep women safe from “predatory” offenders.

Following a meeting of the government’s Crime and Justice Taskforce chaired by Boris Johnson, Downing Street said it was taking a series of “immediate steps” to improve security.

Among them is to roll-out across the country pilots of a programme where uniformed and plain clothes officers seek to actively identify predatory and suspicious offenders in the night time economy.

Dubbed ‘Project Vigilant’, the programme can involve officers attending areas around clubs and bars undercover, along with increased police patrols as people leave at closing time.

Pilot schemes will run across the country, with more patrols to “identify predatory and suspicious offenders”. A fund to provide other deterrents, like better lighting and CCTV, will be doubled to £45 million.

The prime minister said that Everard’s death has “unleashed a wave of feeling about women not feeling safe”, adding: “We must drive out violence against women and girls and make every part of the criminal justice system work to better protect and defend them.”

The meeting took place as demonstrators again took to the streets of central London to protest at the policing of a vigil for Everard on Saturday.

There were a number of arrests after the police ordered the protesters to disperse, warning they were in breach of coronavirus regulations.

Earlier Johnson backed Metropolitan Police chief Dame Cressida Dick following calls for her resignation in the wake of the weekend’s events on Clapham Common where crowds gathered to remember the 33-year-old marketing executive. Serving Metropolitan Police officer Wayne Couzens, 48, has been charged with her kidnapping and murder.

Johnson acknowledged that the scenes – when a number of women were arrested – had been “distressing” but said the police had a “very, very difficult job” to do.

He said that Sir Thomas Winsor, chief inspector of constabulary, would be carrying out a review into the way the event was policed. “I think people have got to have confidence in the police and Tom’s going to look at that,” the prime minister said.

However proposals to place plain-clothed police officers in bars and nightclubs was met with hostility online, with one commentator suggesting it was it was suggestions “lions will patrol antelope enclosures to prevent hyena attacks”.

Dr Jo Grady, general secretary of the University and College Union, said: “This is a cynical attempt to shift attention from the matter at hand. Undercover police have total immunity if they commit abuse while infiltrating criminal gangs, despite reality that many of the victims of abuse have been women. The police do not need extra powers.”

Others pointed out that the policy was a perverse response to the alleged killing of a woman by a police officer.

Some suggested the move would “kill the nightlife industry”.

In a Commons statement on Monday, Home Secretary Priti Patel said “too many” women felt unsafe in public.

She said footage of the Clapham Common event – where four protestors – were arrested had been  “upsetting”. But she defended restrictions on protests put in place to curb the spread of coronavirus, urging people not to participate in large gatherings while they remained in force.

“The right to protest is the cornerstone of our democracy, but the Government’s duty remains to prevent more lives being lost during this pandemic,” she said.