Reports are emerging of women on hunger strike at Yarls Wood Immigration Removal Centre for women and families. According to reports from women held inside the detention centre over 120 of the women held there have refused meals since Wednesday breakfast. Labour’s shadow home secretary Diane Abbott visited the centre this morning to meet the women […] 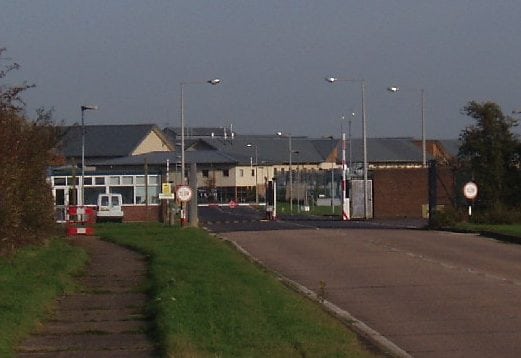 Reports are emerging of women on hunger strike at Yarls Wood Immigration Removal Centre for women and families.

According to reports from women held inside the detention centre over 120 of the women held there have refused meals since Wednesday breakfast.

Labour’s shadow home secretary Diane Abbott visited the centre this morning to meet the women inside and to “hear first-hand their experiences and their concerns” as she has been campaigning to end the much maligned system of holding people indefinitely on administrative grounds by the Home Office.

One of the women inside gave this powerful statement to Detained Voices, a project we spoke to that transcribes the testimonies of those in immigration detention, describing what is behind their hunger strike:

“The protest is about their system of indefinite detention.

“Inside Yarls Wood, people are on hunger strike – they won’t go to the dining room to eat for 3 days.

“They detain people who have appeal rights, who are reporting every month. Why would they detained people who comply with their rules to go and sign? Especially those who have been in the UK for more than 15 years. And without any notice – not even to your solicitor!

“They detain people who came to this country as minors and who are culturally British. They wait until they are 18 and then they are detained. This is due to their parent’s or the lawyer’s failure to do their correct paper work. It’s also due to the Home office delaying things too. The sad thing is, they detain these young people. They don’t even know anything about the country where they are born. Why do they detain them? You keep them here for more than a month, that’s torture enough. And then when they get deported many commit suicide because they are not accepted in any community and they don’t know anyone there. They’ve grown up here, they’ve established their lives here. And then you threaten to deport them to where they are born. What do they know about that country you are taking them to?

[shouting in background] Can you hear how people are angry?

“They will tell you that they have proper medical facilities. But you will wait for a month to see a doctor. One instance I have seen is when a wife was having panic attacks because the husband was coughing and throwing up blood. They were separated. The husband is in isolation and the wife is still in yarl’s wood and is still having panic attacks.

“After three days of hunger striking, we don’t know what is going to happen. But we have given the Home Office our viewpoints. It is them that put us here, and we expect them to take action to respond to those points.

“The people that are out there should approach the Home Office and talk to them. Even if we can approach people in here, no one will do anything because they are part of the home office.

“Please take action to talk to the home office. Our voices aren’t heard because we are in here.

“This thing of detaining young people who could be the future of Britain. Those kids did nothing to be here. Those people who have been here for 10 years or more there should be given a complete amnesty. We do not depend on benefits we depend on our work and we contribute to the economy of the country where we are now and that is Britain.

“People are allowed to work inside the detention centre. In the canteen, serving food, and cleaning. And they pay them £1 per hour or £3 per day. I’m not going to exploit my self for the home office. And I feel bad for those working because they are in need of the right food and they need to buy it. It’s wrong – do they detain you so they can come and work in here and be part of their staff and exploit us?

“Help us out there, to get our voices out.”

The Bedfordshire detention centre holds women and children, as part fo the Home Office system which holds people on administrative grounds with no need for a judge with a view to removal from the country. But the majority of people in such detention centres are relased back into the community, and leaders from all major faiths recently wrote to Home Secretary Amber Rudd asking her to put a time limit on how long people can be detained for, like in other European countries.

Many have raised concerns over the mental health of detainees, who have been documented by Her Majesty’s Prison Inspectorate being held for years on occasion with no end in sight as there is no time limit.

Yarls Wood, opened in 2001, outsourced by the Home Office to companies such as Group 4 Falck, G4S and now Serco. The detention centre has been dogged by controversies from reports such as racism, sexual abuse, and male staff not affording women held there privacy.

In 2010, the Children’s Commissioner for England reported that children detained at Yarl’s Wood faced “extremely distressing” conditions and treatment. Children held in the detention centre were found to be denied urgent medical treatment, handled violently and left at risk of serious harm. The report details how children are transported in caged vans, and watched by opposite-sex staff as they dress.

In August 2015 Her Majesty’s Chief Inspector of Prisons, Nick Hardwick described Yarl’s Wood as a “place of national concern.”

Antonia Bright of Movement for Justice who is in touch with the hunger strikers in Yarls Wood has been campaigning for an end to such detention.

“It’s a brutal regime,” she said today.  “The protest reflects the anger that continues to exist in detention centres because of all the mistreatment and it will only increase. We will be demonstrating on 24th March outside Yarls Wood.

“They are in a fight for their life and we need to stand about them. Conditions haven’t changed – the lack of care; the intimidation; the lack of privacy and the dangers of people facing deportation who are being rushed through cases and set up to fail. None of that has changed. Women are locked up with no chance of collecting evidence for their case.”

A Home Office spokesperson said: “Detention and removal are essential parts of effective immigration controls, especially in support for the removal of those with no lawful basis to stay in the UK.

“We take the welfare of our detainees very seriously and any detainees who choose to refuse food and fluid are closely monitored by on site healthcare professionals.”

The Hunger strikers have just issued their list of demands:

1. Shorter bail request periods
Legally it should 3-5 days, however it can take anywhere up to 21 days, or even a month before you get a bail hearing date

2. Amnesty for those who have lived in the UK 10 years and above

6. End systematic torture
Systematic torture takes place in detention – at any point an officer could turn up and take your room mate; you’re constantly on edge, not knowing what will happen next. Those who are suicidal now have their privacy taken away because they are being watched – you don’t know if an officer is coming to check on you or coming to take you away. Our rooms are searched at random and without warning; they just search first and explain later

8. No detention of people who came to the UK as children
Young adults who came to the country as minors should not be detained, deported or punished for their parents’ immigration histories

9. The beds need to be changed
Some of us have been here for a year on the same bed; they’re the most uncomfortable beds

10. LGBT+ persons’ sexuality be believed
It should be understood that explaining your sexuality is difficult

11. Fit emergency alarms in every room in the detention centre
Only some rooms have them, and there have been a lot of cases of people being very ill in places where they can’t call for help

13. Give us proper food to look after our diets

15. We want to speak to Alistair Burt MP for the constituency