People without immigration status are not allowed to work in the UK – unless that is, they are being detained indefinitely on immigration grounds by the Home Office. In that case they can work to buy essentials like sanitary towels and phone cards for the companies such as G4S and Serco who run them – […] 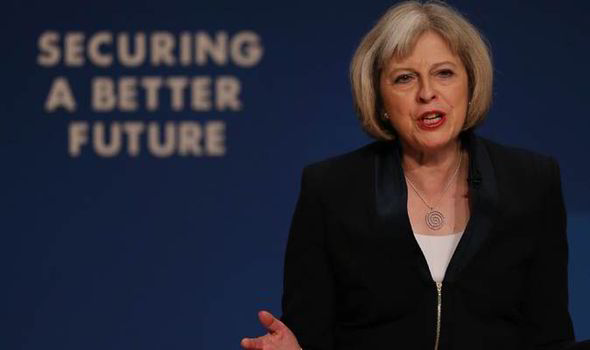 People without immigration status are not allowed to work in the UK – unless that is, they are being detained indefinitely on immigration grounds by the Home Office. In that case they can work to buy essentials like sanitary towels and phone cards for the companies such as G4S and Serco who run them – getting paid as little as £1 an hour.

This scandal was highlighted today by the Shadow Home Secretary Diane Abbott in the House of Commons.

"Immigration detainees are being paid £1/hr – are they children?"

"Recent reports suggest immigration detainees are being paid £1 an hour – can the Minister guarantee there are no children in immigration detention?"Diane Abbott MP, Shadow Home Secretary

Posted by The London Economic on Monday, 8 January 2018

In 2015 MP’s from all parties reported on how pregnant women, children and survivors of torture and PTSD were being held indefinitely on purely administrative grounds by the Home Office. Sometimes with no prospect of removal from the country.Last year,  Home Office’s own review into the welfare of vulnerable persons in detention, conducted by Stephen Shaw OBE, the former prisons and probation ombudsman for England and Wales recommended an end to detention on immigration grounds of rape and torture survivors, transsexuals, pregnant women, children and people with mental health problems. problems.

The Hackney MP highlighted once again how the Government has failed to act on any of these recommendations.