Derbyshire Police said the woman was reported as having been swept away in Rowsley. 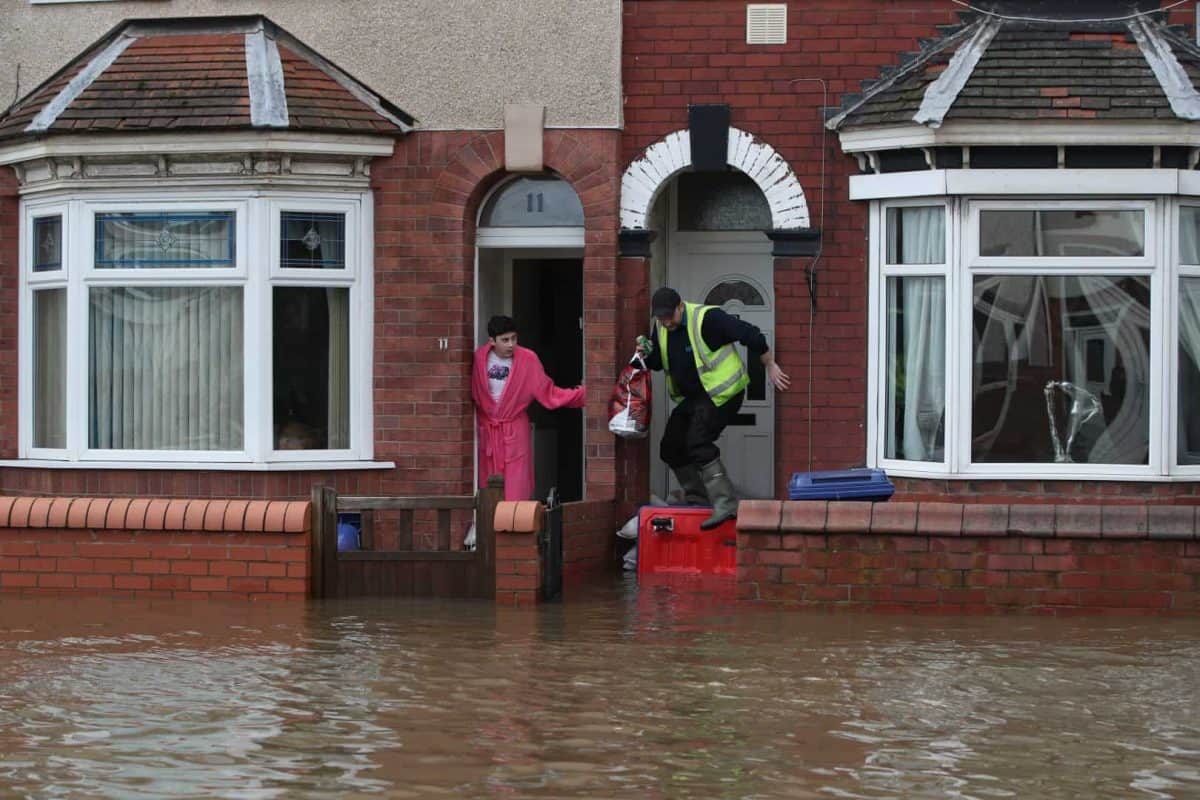 A woman has died after apparently being swept away by floodwater, as parts of the Midlands and northern England were battered by a month’s worth of rain in one day.

The body of the woman, who has not been identified, was recovered in Darley Dale, near Matlock, at around 10.40am on Friday, Derbyshire Police said.

She was reported to have been swept away by floodwater in Rowsley in the early hours, as much of the country was hit by torrential downpours.

The death came as the Environment Agency repeated warnings for people to stay away from swollen rivers, with residents describing the deluge as “almost biblical”.

Yorkshire and the Midlands were the worst affected areas, with six severe “danger to life” warnings in place around the River Don as of 1pm.

Fire crews were called in to help guide people to safety, while rail and road users were warned against travelling on certain routes.

Elsewhere, shoppers spent a night stranded in Sheffield’s Meadowhall shopping centre after all routes home were cut off by the floods.

Residents in Toll Bar, near the town of Doncaster, described Thursday’s downpour as “almost biblical”, while others made comparisons with deluges which devastated communities in the summer of 2007.

The Environment Agency reduced its number of flood warnings – meaning flooding is expected – to below the 100 mark by 11am on Friday, with forecasters predicting that the worst of the rain had been and gone.

Swineshaw in the Peak District saw 112mm of rainfall during Thursday – the highest total of anywhere across England – while flood-hit parts of Sheffield experienced 85mm during the same period.

The average monthly rainfall total for Yorkshire at this time of year is 89mm, although forecasters have predicted the worst of the rain has been and gone.

The Environment Agency said river levels peaked in Sheffield and Rotherham overnight and are starting to fall, although they are still high in the Doncaster area, with further flood impacts anticipated over the coming 24 hours as water travels downstream.

Toll Bar Post Office worker Kathleen Overton, 61, told the PA news agency: “It was almost biblical, I would say. You were just looking out of your window in disbelief at how much of it was coming down.

“People’s cars were getting submerged in the water, gardens were ruined, you couldn’t drive anywhere. It was carnage.”

Residents on Yarborough Terrace in Doncaster were having to be rescued from their homes by boats on Friday as waist-high water filled the street.

Jason Richards, 44, described how water slowly trickled along “like a shadow” before eventually filling the street.

“I swept it up with the broom at first, but every time I brushed it away more water just kept on coming back,” he said.

“You often hear people say that the water piles up really quickly, but here it was more like a shadow, slowly making its way down the road.”

One woman, who has lived in her home on the street for more than 20 years, said: “I’ve never known it to be this bad.”

South Yorkshire Fire and Rescue Service said they rescued more than 100 stranded people on Thursday night, with around 500 calls to its control room between 10pm and 4am.

Elsewhere, around 30 people sought refuge in the Meadowhall shopping centre in Sheffield due to gridlocked traffic outside, as the extreme weather conditions meant those turning up for the Christmas lights switch-on were left stranded.

Shopper Saskia Hazelwood, 17, from Doncaster, told PA she and her friends “instantly started panicking” when they saw there was no way of getting home.

She said: “At the start we thought it would be fun, a nice sleepover, something to certainly remember, but after 14 hours of being stranded in Meadowhall we just couldn’t wait to get home, get into our own beds, feel safe again, and catch up on sleep.”

Sheffield was particularly badly hit during flooding in summer 2007, which saw millions of pounds spent on prevention schemes.

Yet it was again hit by some of the most dramatic scenes on Thursday, with a number of roads left impassable to traffic, cars stranded in floodwater and gridlock resulting on many routes.

There were more than 30 flood warnings in place for Nottinghamshire, though none were near Sutton-in-Ashfield where Prime Minister Boris Johnson visited on his election campaign trail on Friday.

An additional 35 homes in Mansfield were evacuated as a precaution after a mudslide in the area, while residents in around 25 homes in Worksop were also ordered to flee due to the risk of flooding.

In Lincolnshire, the River Witham had risen so much that residents said they were able to see swans swimming up to the edge of their properties.

One resident, Chelsea Foster, 23, told PA: “I didn’t realise how high the water actually was until I went out and there was a group of them right next to my wall, they were that close I could touch them.”

Rail operator Northern issued “do not travel” advice to passengers, with services between Hull, Leeds, Lincoln and Manchester affected.

But forecasters offered some respite.

Alex Burkill, meteorologist with the Met Office, said: “Some places have seen a month’s worth of rain in one day.

“The rain is easing and moving south but obviously the impact of that will continue to be felt.”