Johnson was watched sipping whisky during a distillery visit in Scotland on Thursday, casting doubt on his commitment to the alcohol ban. 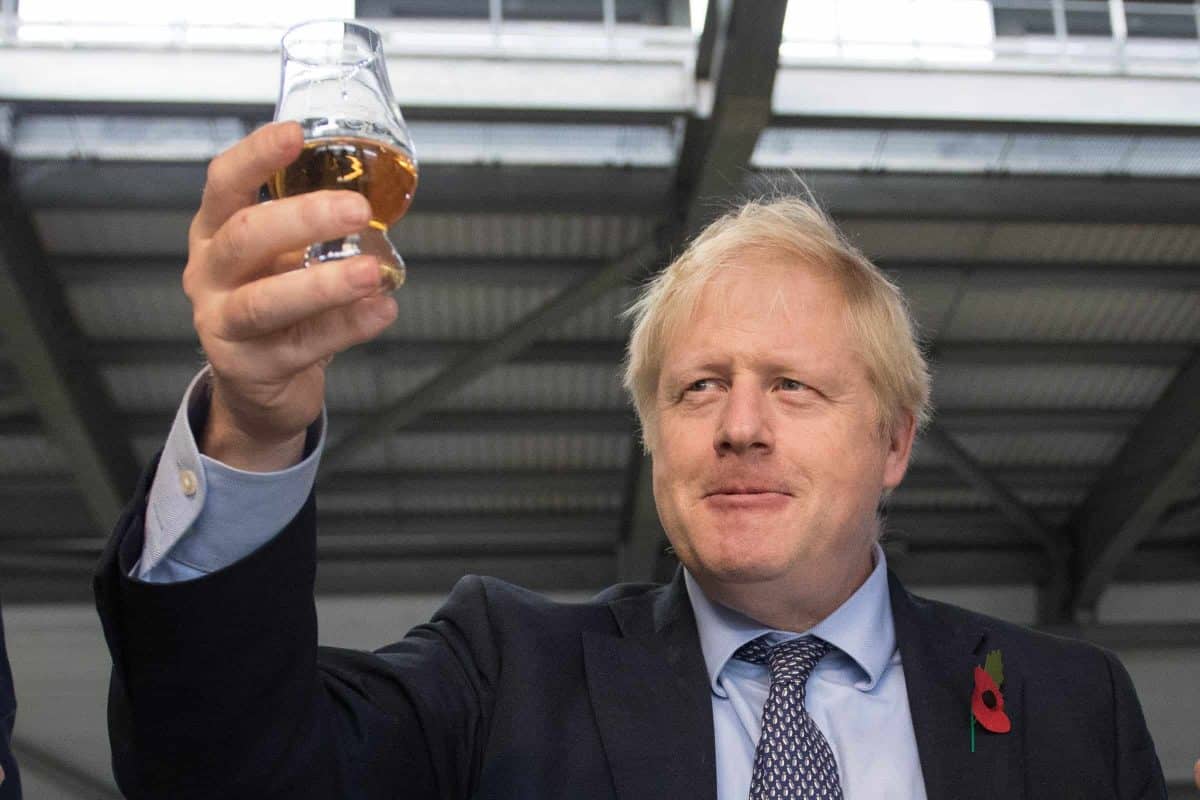 Boris Johnson claimed he has given up drinking until after Brexit is sorted.

The Prime Minister’s apparent “do or dry” pledge follows his failure to keep his “do or die” promise to deliver Brexit by October 31.

Mr Johnson was also watched sipping whisky during a distillery visit in Scotland on Thursday, casting doubt on his commitment to the alcohol ban.

I’ve given it up until we get Brexit done

His remark came while chatting about health matters with nurses at the King’s Mill Hospital in Nottinghamshire.

Mr Johnson asked them to tell him more about Ashfield, noting: “Someone said there’s a lot of first-time mums who are smoking or something like that.

The PM was told a lot of people smoke in Ashfield before he switched his attention to vaping, saying: “I’m not certain about it.

“It might just encourage them to get into nicotine.”

He then asked “what about alcohol?” before adding: “I’ve had to give it up until we get Brexit done.”

Mr Johnson did not clarify whether he meant the first phase of Brexit by the end of January 2020 or the end of the transition period in December next year – or what would happen if the UK remained in the EU.

He was later given a tour of a school and tried to make a clay figure inspired by Sir Antony Gormley, whose works include the Angel Of The North.

Speaking at the George Spencer Academy, near Nottingham, the PM remarked he had “gunk” on him before declaring the task would be “a piece of cake”.

But seconds later Mr Johnson paused before joking “it’s all going horribly wrong” as he had not followed the guide and noted he was creating a figure similar to “Terminator”.

He also told pupils: “He’s an interesting chap Antony Gormley – all his sculptures are modelled on himself and then he persuades people to pay colossal sums for his own image around the world.

“We had a plan in the Olympic Games in 2012 to make a huge human being like this with steps sort of all the way up so you could walk up him.

Related: Watch Boris Johnson accidentally make the case for remaining rather than leaving with his Brexit deal