The scandal surrounding Greensill has spread throughout Westminster with allegations the lender was given preferential treatment, due to lobbying by Cameron. 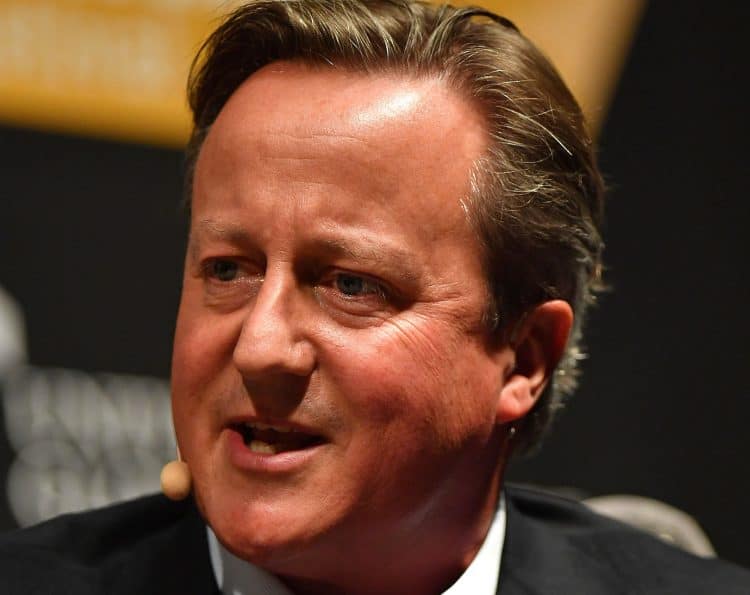 Up to £335 million of taxpayers’ money could be at risk due to failures by the British Business Bank to properly scrutinise bust lender Greensill Capital, according to a new report.

The Public Accounts Committee of MPs found that the bank, which oversaw the billions lent to businesses during the pandemic in loans backed by the Government, failed to conduct sufficient due diligence.

Politicians also questioned why the bank was “insufficiently curious” about reports that suggested Greensill was close to collapse and said checks on the lender were “woefully inadequate”.

The scandal surrounding Greensill has spread throughout Westminster with allegations the lender was given preferential treatment.

It emerged former prime minister David Cameron used his position as an adviser to make dozens of calls to Chancellor Rishi Sunak and Treasury officials to secure lending during the pandemic prior to Greensill’s collapse, leading to several investigations.

MPs said there was a “lack of information-sharing across government” which hampered decision-making in response to the pandemic, allowing Greensill access to taxpayer-funded schemes.

They also suggested that Greensill may have broken lending rules under the Coronavirus Business Interruption Loan Scheme (CBILS) by loaning £350 million to the Gupta Family Group (GFG) Alliance.

It was revealed seven loans of £50 million each were handed to different entities of GFG when the rules stated companies should only be entitled to a maximum of £50 million per organisation.

The scathing report said the Government’s failure to effectively share intelligence on companies approaching it for support, including Greensill, put “taxpayer money at increased risk”.

During the pandemic the Treasury launched several loan schemes, underwriting billions and promising to pay between 80% and 100% of any loans that were not paid back.

This meant fewer checks were made on companies taking out the loans to speed up the process when the pandemic and lockdowns first struck.

The committee said the bank must set out “how it will better balance between speed of delivery and value for money in future and what trade-offs it is prepared to accept”.

But the most scathing criticism was of the bank’s oversight of Greensill, which MPs said was “woefully inadequate”, warning that bosses placed too much reliance on the work of others in accrediting Greensill.

It added: “The bank has been insufficiently curious when identifying where money lent through the schemes, including by Greensill, has ultimately gone.”

“A less streamlined accreditation process would have meant fewer lenders would have been accredited and fewer businesses would have received the critical emergency finance they needed during the pandemic.

“The NAO also found that it was to the bank’s credit that its post-accreditation monitoring and audit processes picked up a potential issue quickly, as they were designed to do.

“The bank’s investigation into Greensill Capital’s potential breaches of the scheme rules for CLBILS is ongoing.”

A Government spokesperson said: “The Government was not involved in the decision to accredit Greensill. The decision was taken independently by the British Business Bank, in accordance with their usual procedures.”